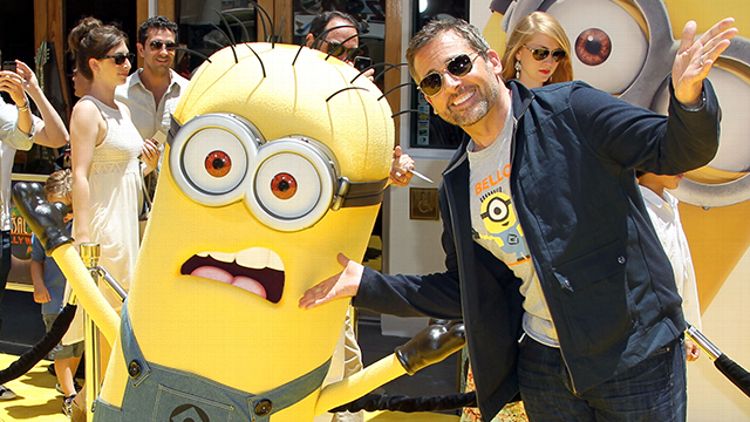 In Guillermo del Toro’s Pacific Rim, mankind must fend off giant monsters that emerge from deep down on the ocean floor. In real life, del Toro had even harsher competition: a dastardly double-team of those squeaky cutesy things from Despicable Me 2 and Adam Sandler fart-jokes. In the end, that kind of bum-rush just proved to be too much, too fast. While the competition was close, Pacific Rim ended up in third place this weekend, with $38.3 million.

In its second week out, Despicable Me 2 still managed to take the top spot with a hearty $44.8 million. (That makes it $229.2 million after 12 days — Monsters University, you just got served.) Sandler’s Grown Ups 2 did $42.5 million, actually a tick better than its predecessor’s opening weekend, and a solid bounce back after Jack and Jill and That’s My Boy flameouts. (Which means it might just be time to let the Jack and Jill revisionist critic history begin.) As for Pacific Rim’s third-place opening — EW reports the flick cost Warner Bros. $190 million, which means those opening numbers are a bit of a disappointment. The “A-” Cinemascore and good reviews might just mean this thing’ll have legs after all; also, Pacific Rim did well in South Korea, and, if their pop music is any indication, those people are way ahead of the curve. For the record then, at least for now, the apocalypse does seem to still be canceled.

Video: The Course of the Force Light Saber Relay