The Week in Gossip: Kardashian in the Hamptons, Mariah on the Subway, and Bieber in Trouble 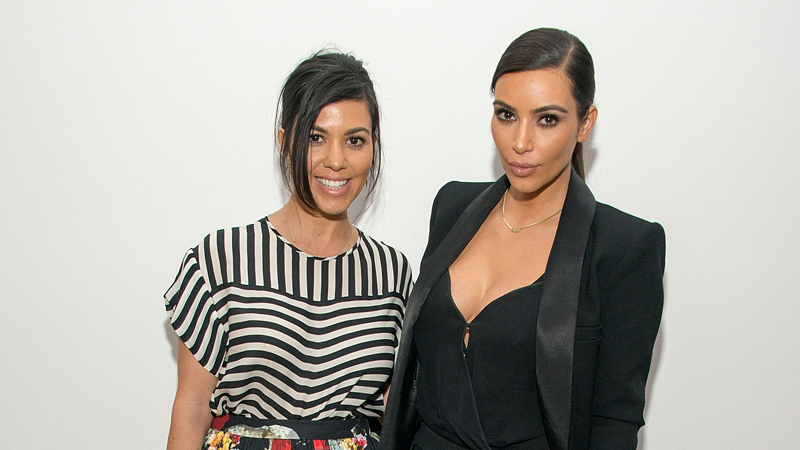 Kardashian News of the Week: Khloe and Kourtney Kind of Take the Hamptons

Considering the relative infancy of the United States of America, it would be premature to say we’ve fully evolved as a nation. But if we have, the prognosis is very bleak, for we have reached a point at which the extended Kardashian clan absolutely dominates the gossip news cycle. Following months of speculation and buildup to Kim Kardashian’s second, soon-to-be televised wedding, a lull would have been understandable. Expected, even. But Kris Jenner rejected the natural peaks and valleys that life brings by having six children. There’s always a kid to turn into a story!

This week, the biggest news from Planet K is that they hath arrived in Southampton, and Kourtney comes with a surprise. She’s pregnant! She is carrying her third child with long-term boyfriend Scott Disick. Hopefully this happy development tempers the fact that other celebrities are refusing to sign waivers and appear on their TV show. Brody Jenner — apparently still involved with the Keeping Up TV show and its spinoffs even though he no-showed Kim’s wedding — was DJing at an annual social event, and cameras were there to capture his glory. Leonardo DiCaprio and proto-reality-TV star Paris Hilton arrived late to miss the cameras entirely. Disdain for the Kardashian presence has also been directed at the landlord who leased a storefront to the family so they could open an outpost Dash. According to Page Six, the attendant paparazzi that follows the Kardashians has dwarfed that which came with Diddy’s White Party or Real Housewives of New York City. If you’re curious, they’re staying in a house in Southampton, and Curbed has all the photos. For $295,000 for the summer season, the Kardashians get a porch with Adirondack chairs, a private dock equipped with a motorboat, and granite countertops — a House Hunters dream!

Mariah Carey has fallen on relatively tough times. Her latest album, Me. I Am Mariah … The Elusive Chanteuse, dropped this week after many delays and many rumors. Even though it may be a solid record musically, the “In Defense of 2014 Mariah Carey” argument is getting harder and harder to construct. How can we get the crop top and jean shorts Mariah back? That version is so far away from the Mariah, who, taking a page from the Jay Z handbook, rode the subway for publicity this week. She took several photos and posted them to her Instagram account, because who knows the last time (or the next time?) Mimi took public transportation. The album sold just 58,000 copies in its first week. The lowest point in this sad period, though, was probably the woeful World Music Awards, an award show you likely don’t know about and likely will never see. Mariah and Miley Cyrus were the headliners. The show was taped on May 27, only after intended host Sharon Stone (perhaps she’s still relevant in Europe?) dropped out at the last minute, and Jason Derulo and Pamela Anderson stepped in. NBC was supposed to air it on May 28, but since it has yet to see a usable cut, the Daily News says the network plans to scrap it. This is not an award show fitting the dignified diva Mariah once was.

Pop Star Who Gets Into Trouble More Than Anything Else at This Point of the Week: Justin Bieber

The only celebrity sensation with a choke hold on the media that comes close to the Kardashians’ is Justin Bieber. We cannot free ourselves from this spoiled brat. Two videos of Bieber using racist rhetoric have emerged in the last week, both published by British tabloid The Sun. In one, Bieber tells a racist joke, using the n-word many times. In the second, he again uses the n-word, this time changing the lyrics to his own song, “One Less Lonely Girl.” That’s not his biggest tune, but it was his breakthrough song back at the beginning of the Bieber era. Both videos are from many years ago: The first was recorded when he was filming Never Say Never, and the second is from when he was 14. (He is now 20.)

TMZ and Blind Gossip both suggest that these videos have been seen by many media outlets before, and Bieber’s camp has tried to buy the footage previously. There’s so little left to say about Bieber, in part because he puts forth nothing of substance. Give us some new music to laugh at (or secretly delight in via private session on Spotify) or do something noteworthy, good or bad, in 2014. Otherwise, his reputation as a dumb rich kid will stand. Justin Bieber’s idiocy is just boring.

Remember the Los Angeles mansion that Gisele and Tom built and which Architectural Digest featured? Well, the Bradys are going back to Boston, and Dr. Dre is using his new billions (via Apple purchasing Beats) to buy the estate. Dre got it for $40 million, though it was listed at $50 million. Tom and Gisele paid $11.75 million, and then spent four years renovating. Can one spend $28.25 million in renovations over four years? Hopefully not, because otherwise this house would be sold at a loss. If anyone could do it, I think it’d be Gisele.

Happy 30th, Melo! The Knicks star ushered in his fourth decade with a birthday party at the NoMad in New York. The festivities began with a private dinner that featured a $35,000 bottle of champagne and a phone call with Chris Paul imploring Anthony to sign with the Clippers now that they have new ownership. Phase 2 of the party took place at a Meatpacking District club, where Nas and Busta Rhymes took to the mic, and Swizz Beatz DJed. Apparently, the biggest revelation was Melo’s sneakers: He wore all-red Jordan XIs that may have been made just for him. This is a big deal on the sneakerheads Internet.

Power Lunch of the Week: Mark Wahlberg and Michael Jordan

Speaking of Jordans, Mark Wahlberg also wore Jordan XIs this week … to a lunch date with Michael Jordan! The two dined at a restaurant in Beverly Hills, and Mark brought one of his sons. He told the TMZ cameraman that he paid for lunch, while MJ gave him the sneakers for free. Jordan followed up the luncheon by having a steak dinner with Kobe Bryant. Busy day of networking for no. 23.

Potentially Fraudulent Hamster of the Week: One of Those Dancing Rodents from the Kia Commercial

A dancer who plays one of the hamsters in the ubiquitous Kia commercials has been charged with fraud. He allegedly collected disability at the same time he filmed at least one of the ads, as well as performing with acts like Madonna, Kelly Rowland and Chris Brown. My favorite version of the ad  is the LMFAO one, so I hope he was not in that iteration. It deserves an unsullied reputation.

The Secret Life of Goop Water