‘Me. I Am Mariah … The Elusive Chanteuse’: Mariah Carey’s 14th Album Isn’t a Secret Anymore 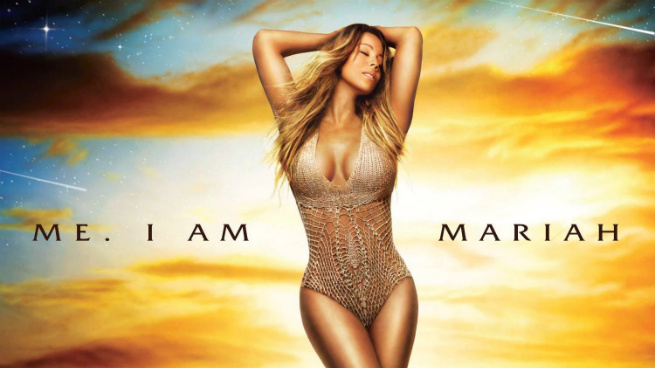 After rumors that she was going to drop a surprise album like Beyoncé’s self-titled 2013 release, Mariah Carey opted for a traditional rollout by announcing the title this week. Mariah always has the greatest album titles, and this is perhaps her greatest yet. The album is called Me. I Am Mariah … The Elusive Chanteuse. Why so “elusive”? Well, Mariah hasn’t put out a proper album since 2009’s Memoirs of an Imperfect Angel. Her last studio album was a second Christmas album (Merry Christmas II You) in 2010. After winning accolades for her performance as a social worker in Lee Daniels’s Precious, she dropped out of Tyler Perry’s For Colored Girls, citing health reasons, and announced shortly thereafter that she and husband Nick Cannon were expecting. She gave birth to twins in the spring of 2011. Cannon told the press that Mariah was excited to make an album, feeling “inspired” by giving birth and setting up “a studio in the crib.”

In January 2012 Cannon posted an update saying, “My beautiful wife is planning to make her return to the music scene after taking time off to focus on the pregnancy and the birth of our two wonderful babies, Moroccan and Monroe.” In 2012 she released a new single “Triumphant (Get ’Em)” as a standalone and returned to acting, filming Lee Daniels’ The Butler. She put out a single for her untitled 14th album on May 6, 2013: “#Beautiful” featuring Miguel. The song was critically well-received, but only managed to peak at no. 15 on the Hot 100. An album title, The Art of Letting Go, was confirmed by Jermaine Dupri, who became Mariah’s manager in late 2013 after she parted ways with Randy Jackson (and her season-long stint on American Idol). The title track “The Art of Letting Go” premiered on Facebook in November 2013. Mariah told an interviewer “we’re almost there,” but no new news came out for the rest of the year. You know Mariah loves the holidays; it was easy to assume she was just spending them with #dembabies.

In February 2014, Mariah premiered new single “You’re Mine (Eternal)” and told MTV News that the album was no longer called The Art of Letting Go (apparently the art of letting go isn’t hard to master). She announced April 30 that the album’s new title is Me. I Am Mariah … The Elusive Chanteuse and that it comes out May 27. She has said that on this album, rather than following trends, she will remain true to her inherent Mariah-ness, which is comforting.

In the year leading up to Beyoncé’s surprise album she released a bunch of random singles, kind of like Mariah’s been doing. The I Am Mariah tracklisting shows that both “#Beautiful” and “You’re Mine” made the cut, but apparently “The Art of Letting Go” was either slashed or had its title changed. The tracklist includes collaborations with Mike Will Made It (“Faded”) and Nas and Hit Boy (“Dedicated”), a song called “Thirsty” (PERFECT) co-written by Denisia “Blu June” Andrews, a Dupri production called “Make It Look Good,” a collaboration with Q-Tip called “Meteorite,” and a cover of George Michael’s “One More Try” (ALSO PERFECT). Even during her downtime, Mariah has been promoting the hell out of this 14th album. She can’t help but work her ass off, even when she’s being elusive.

Filed Under: Music, Mariah Carey, I Am Mariah ... The Elusive Chanteuse, Pop Music

Video on Demand Report: Live Your Best Life and Rent 'The Secret Life of Walter Mitty' on VOD