The Week in Gossip: Getting to the Bottom of the Gwyneth Rumors, Zac Efron’s Skid Row Fight, and Juan Pablo’s Mystery Baby 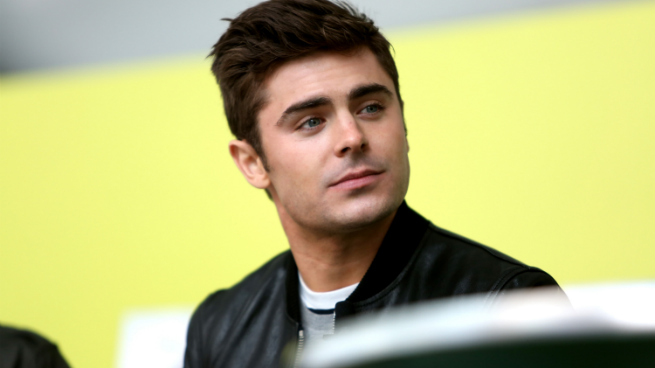 The Internet has given the world many gifts, including the gift of constant celebrity gossip. There’s a wide world out there of paparazzi photos, real estate purchases, ill-advised couples going grocery shopping, supposed children being brought into the world, and so much more. Here is a roundup of the most intriguing (and possibly true) celebrity stories of the week.

Triangulating the Truth: What the Internet Says About the Goop–Chris Martin Breakup

In case you turned off the Internet for the last two days and haven’t heard, Gwyneth Paltrow and Chris Martin are getting divorced. For voyagers of the dark celebrity gossip circuit, though, this is hardly a surprise. Now, only the most important question remains: Whose fault is it?

Conventional tabloid wisdom would initially push you toward blaming her. To begin with, there was her autumn war with Vanity Fair, which circulated the rumor that Gwyneth feared an affair or affairs she’d had would surface. The presumed side pieces back then were lawyer Kevin Yorn and/or billionaire tycoon Jeffrey Soffer. But according to the no. 1 rumors site on the World Wide Web, the affair Goopygoop wanted to keep private was with Brad Falchuk, a married Glee producer. This could explain why she has been allowed to suck the life from vivacious songs like Pharrell’s “Happy” and CeeLo’s “Forget You” on the show, and it could also explain why she agreed to return to that hot mess to partake in its not-series-finale this week. (Yep, still watching Glee. Not sure why. It’s appalling.) But why limit her alleged affairs to just one guy? The Daily Mail alleges that ex-boyfriend Donovan Leitch came back into the picture a year ago. Would Goop really be audacious enough to parade an illicit liaison at the front row of a photographed event? Seems unlikely. Martin is accused of straying, too — allegedly, Kate Hudson moved on to her third musician (no. 1: Chris Robinson, Black Crowes; no. 2: Matt Bellamy, Muse). Chris was even photographed with Hudson’s son back in November. He must like blondes. He has also been accused of cheating with Kate Bosworth and a non-blonde, Natalie Imbruglia.

No single affair undid this duo, because there was no single affair and because they’d considered divorcing previously. The New York Daily News alleges they almost publicly separated back in August, while Blind Gossip claims it nearly happened in 2011. Regardless, the announcement this week was clearly well planned. The family absconded to Eleuthera in the Bahamas, and the new Malibu house they purchased last week was bought using a different holding company from their other properties in New York, Los Angeles, and London. The couple formerly bought properties using “Orchard House LLC,” while the new one was purchased through “Magical Kingdom Land.” The whole transaction is enlightening. From the purchase of a single house, we’ve learned that Chris Martin (the intended resident of the Malibu spot) is a Disney lover and that celebrities don’t use their own names to buy real estate.

The clear losers from the Goop–Chris Martin separation are not their kids or even the Goop fans. Rather, it’s the tabloid magazines. Gwyneth timed her announcement just outside the ken of this week’s editions. Luckily, I imagine we have weeks of surfacing Goop rumors yet to come.

Most Alarming Brawl of the Week: Zac Efron on Skid Row

Zac Efron was involved in a fight near Los Angeles’s notorious Skid Row. He was beaten up by a stranger after his car supposedly broke down. If your only impression of the famed street is from Little Shop of Horrors, as mine was for many years, you might have a few misconceptions about the actual location. For all the hip bars and boutique hotels that have begun popping up in downtown Los Angeles over the last few years, there is still a section one would not recommend a troubled actor visit at any time of day — unless, of course, he has an urgent package to pick up, like Nick Stahl did. (I’m guessing Zef was in this part of it, not the artisan spirits part.) This is the latest incident in a dark period for Zac. A few months ago, he mysteriously slipped in a puddle and broke his jaw, which came after a rehab stint for a cocaine addiction that escalated while filming The Neighbors. Of all the ways to break a jaw, or even to fall, who would guess that a simple puddle would be to blame? Similarly, of all the reasons to be on Skid Row, who would guess car trouble would lead an addict there?

Let’s hope Zef gets clean and stays away from sketchy neighborhoods. This guy is still in there, right?

Trend of the Week: Bachelor Pregnancies

Apparently it was a slow week for Life & Style. They’re leading with a Bachelor shocker: “Nikki to Juan Pablo: ‘I’m having a baby!’” Well, she’s not actually pregnant yet, nor is it certain she has intimated that she’d like to be, but here we are. Juan Pablo famously (in some neighborhoods, at least) declared on the After the Final Rose special that he and Nikki were done with public life. But given his clear love of attention, which was on display for his entire season, and his having hardly disappeared in the weeks since, it’s difficult to imagine he’s too upset about a potentially false rumor being propagated about him.

In real Bachelor pregnancy news, Ashley Hebert, once rejected by Brad Womack, is having a baby with her husband J.P. Rosenbaum. The biggest threat this child faces is the American Beauty curse of being too ordinary. Ashley is a dentist, J.P. is involved with construction (no reality-TV relationship can function outside of the real estate business’s orbit — it’s a fact), and they live in New Jersey. I hope they make the terrible decision to broadcast their child’s life on television, or make Chris Harrison a godparent. He did officiate the wedding, after all.

Fake Couple I’d Like to Pretend Is Real: Katy Perry and Riff Raff (a.k.a. Jody Highroller, a.k.a. the Basis for James Franco’s Spring Breakers Character)

Katy Perry and Riff Raff went on a date last week. She’s on tour out of the country, but he’s awaiting her return while passing the time with some other ladies. Riff Raff is not the post–John Mayer rebound I would have predicted for KP, but maybe she’s over-course-correcting.

It was just six months ago that we all crossed the drawbridge into Tom and Gisele’s Brentwood estate via the pages of Architectural Digest. There is antique Tunisian tile in the kitchen and monogrammed barbells in the gym. But apparently, hallways paved in antique Belgian bluestone are not enough to keep them in California. They’re selling the manse it took them four years to build for $40 million. Fear not, they won’t go homeless. They’re already building a Boston estate. According to TMZ, they hate L.A. Selling this house so soon after completing construction seems bizarre, even for rich people. Therefore, these two are officially on Rumor Watch (a designation I’ve just made up and that is based, essentially, on nothing).

‘Teenage Mutant Ninja Turtles’ Teaser: You Got Grit on My Pizza, Duder