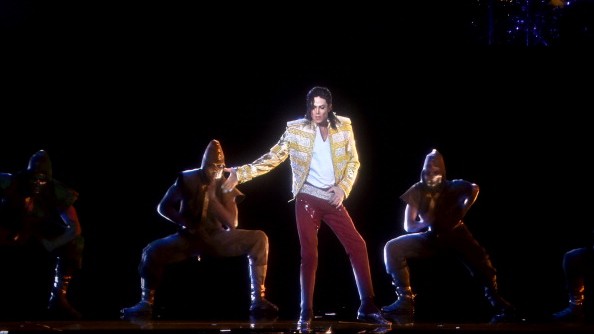 Xscape was just the beginning: As Rolling Stone reports, following Michael Jackson’s second posthumous album, we are now due up to “eight more albums culled from outtakes and repackaged material” from his back vault. Um. Hooray?

As Justin Charity put it, while writing about Xscape producer and unheralded mainstay Rodney “Darkchild” Jerkins, the new album was “once feared, then anticipated, and ultimately accepted.” Ruffling feathers, whether for good or bad, was the accompanying Billboard Music Awards “performance” — which wasn’t a hologram, its creators, Pulse Evolution, reminded us, but rather the result of the deployment of “a 19th-century magician’s technique called Pepper’s ghost.” (By the way, bummer alert: It turns out Coachella Holo-‘Pac was a Pepper’s ghost creation. Oh, and there’s no Santa.) At the end of the day, Xscape didn’t sell incredibly well — 157,000 the first week, then a steep 58 percent second-week drop — but people seemed to like the single. And there was certainly no doubt that JT’s hair looked incredible in the video.

And, somehow, that’s enough to get the Michael Jackson estate in full-on crank-it-out mode. Says RS, “Estate reps wouldn’t say how many songs are in usable form, but … after Jackson’s death, Tommy Mottola, Sony Music’s former CEO, suggested the singer worked up 20 to 30 songs for each album; [Epic executive VP Scott] Seviour estimates ‘tens and twenties’ are still in the vault. ‘I’m sure there are a few more great things out there,’ says Jerkins, ‘and, hopefully, we’ll all have a chance to hear them.'” None of it is actually surprising, of course: The estate has managed to churn out more than a half a billion dollars since Jackson died, and it won’t stop before the spoon clanks against the very steely bottom of the soup bowl.

You could call it exploitative: Yes, the music exists, but there’s a reason MJ never released it himself. You could call it pointless: How many more gems could possibly be hidden inside these surely well-combed-through vaults? And you could call it disrespectful: What if MJ wouldn’t have wanted to play the Billboard Awards, huh? What if he’d rather have taken in a seafood pasta dinner with a nice dry white wine that night instead? But you should probably just go ahead and call it what it really is: god damn inevitable.

We Sent Our Interns to L.A.'s Great Horror Campout (They Survived, Sort Of)

A Conversation With Neil deGrasse Tyson About 'Cosmos,' Race, and Celebrity