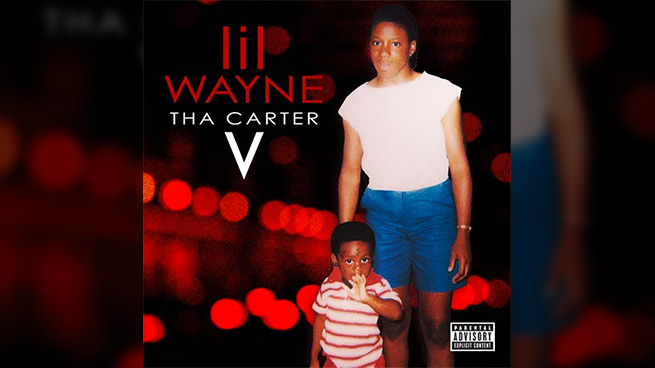 Any release date from Weezy F. Baby is to be treated with a medium-high degree of skepticism, but Tha Carter V is now set for October 28. Halloween-time seems right for Lil Wayne, right? Anyway: The record’s the third Carter to feature a mini-Wayne on the cover, and this time Mama Carter’s there, too. “I’m sorry, moms,” Wayne said on SportsCenter. “I didn’t tell her about the picture that I was using for the album cover. I don’t think she’s going to be upset, but I know personally that she don’t really like that picture of herself ’cause she’s not looking in the camera.” Wayne says it’s “perfect,” and you and I both agree.

Robin Williams’s wife, Susan Schneider, says his sobriety was intact, but that he had early stage Parkinson’s.

Corey Stoll in GQ‘s a great way to purge the Corey Stoll Strain wig from your consciousness.

Oh, you can just make Harry Potter‘s butterbeer, no problem.

Celine Dion’s career is on indefinite hold. Do you guys know how many kids asked me if I was related to her when I was in elementary school?

Tom Hanks made a typewriter app.

Apparently this is a new Michael Jackson video you can watch.

“It was the kind of bad behavior you’d expect from a bunch of juvenile delinquents.” —eyewitness to a recent Miley Cyrus incident in an NYC hotel lobby [via]

“I’d never had the courage to release anything I’d made musically, and finally a friend said that he thought I was being too careful with my music,” he said. “I mean, it takes a bit of a leap of faith when you’re giving something to the whole world to piss on and talk about and pull apart, but at one point I felt totally okay with it.” —Michael Cera on his album of Michael Cera music