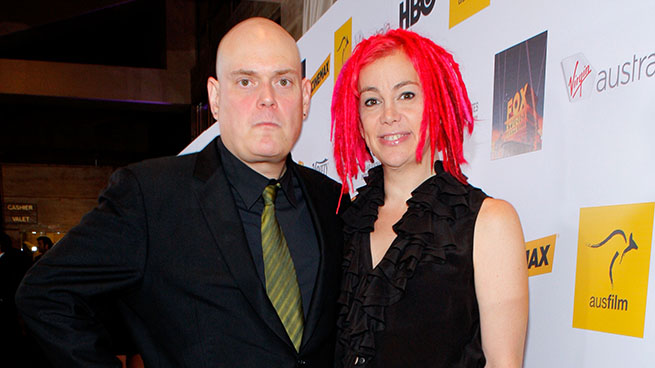 Netflix has a great many original television programs on its horizon. There’s a post–Adult Swim cartoon, a period piece about a popular explorer/swimming pool game, a Marvel buffet, a mysterious talk show — and that’s not even close to everything. But Andy and Lana Wachowski’s Sense8 is arguably the front-runner in the Potential Department. While most of Netflix’s on-deck projects feature a few stars or an experienced showrunner or shiny source material, only Sense8 has the duo that created The Matrix. I pause before adding “trilogy” because that’s the thing about the Wachowskis — they’re all-stars because of The Matrix, and assholes because of the trilogy and roughly everything else. Let’s break down the first significant Sense8 news blast, and look at why we should be thrilled, afraid, or both.

Sense8 Is an Original Property

The show will follow eight international protagonists — among them “a closeted Mexican telenovela hunk, an Icelandic party girl, a German safe-cracker, a Korean businesswoman, an African bus driver, and a transgender American blogger” — who, per today’s plot synopsis, “find themselves linked to each other mentally and emotionally … They can not only see and talk to each other as though they were in the same place, they have access to each other’s deepest secrets. Not only must they figure out what happened and why and what it means for the future of humanity, they must do so while being hunted by an organization out to capture, kill or vivisect them.” That is two not onlys in very close proximity to each other.
Get excited: The Matrix was an original property, and it was a cinematic game-changer. The Wachowskis’ subsequent adapted/non–original films, Speed Racer and Cloud Atlas, are not especially beloved, except by the handful of people who will comment on this post. Also: The Sense8 baddies are VIVISECTIONISTS.
Get concerned: The Matrix Reloaded and The Matrix Revolutions were also original properties. They made the world a worse place. Jupiter Ascending is an original film, as well, and was positioned as a summer 2014 tentpole before being banished, just a few weeks ago, to the cold, dank hell of February 2016.

Get excited: A Lost fan favorite and a Kill Bill fan favorite.
Get concerned: The last time the Wachowskis worked with a Lostie, Speed Racer happened.

The Wachowskis Are Not Working Alone

Get excited: Andy and Lana are co-showrunners with Babylon 5 creator/showrunner J. Michael Straczynski. There’ll be serious name-ending-in-ski synergy, and Straczynski has the television experience the Wachowskis lack.
Get concerned: We might end up with all kinds of characters like these.

Get excited: The film arguably succeeded in weaving together six completely different characters in six unique worlds and times. Then it failed by giving us the narrative whiplash one would expect from any film trying to compress those six stories into three hours. With the extra innings offered by the TV format — and Netflix’s loose/nonexistent time restrictions — the Wachowskis can employ a more measured hand.
Get concerned: It’s only 10 episodes. And who said the Wachowskis have a measured hand?

The Production Is Huge