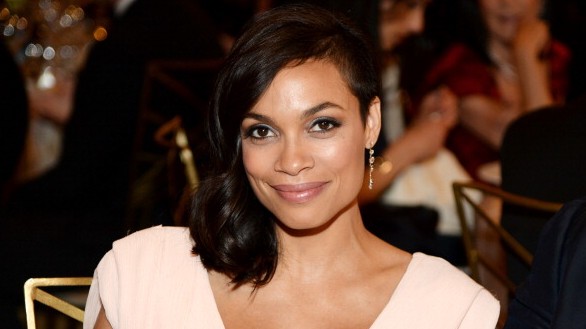 Daredevil, the first of five Marvel properties heading directly to Netflix, is coming in 2015. England’s Charlie Cox (Boardwalk Empire, Stardust) was cast for the lead a month ago, and now Rosario Dawson has been added as “a dedicated young woman whose quest to heal the wounds of Hell’s Kitchen brings Matt Murdock (a.k.a. Daredevil) unexpectedly crashing into her life, while her own journey forever alters the course of his battle against the injustices of this broken city.” Marvel TV head Jeph Loeb says the role is “absolutely critical” and that Dawson “was always at the top of our list.” While Dawson doesn’t have any all-out superhero movies on her résumé, she’s been in the very comic-y Sin City and will soon appear in its sequel, A Dame to Kill For.

One: RDJ in The Judge.
https://www.youtube.com/watch?v=ezAhyqg06kI

II: Aubrey Plaza and Max Greenfield in About Alex.

Not a Trailer at All: Arnold fart-sound compilation.

Tracy Morgan has been moved to a rehab center.

Using a Mac? Do you have a reason not to Kanye-fy your dock? [via]

Orange Is the New Black’s Uzo Aduba won a Critics’ Choice Award for Best Guest Performer in a Comedy Series, was adorbz.

Matt Damon won’t return for the fifth Bourne movie, even if the recent yearlong delay was supposedly made to accommodate him.

Billy Corgan’s memoir-in-progress, God Is Everywhere From Here to There, is shaping up to be half a million words. That’s 1,623.4 times the length of this post.

And here is the prophesied supercut of all 169 deaths in Game of Thrones Season 4.

May the Eighth Be With You: Rian Johnson Takes On 'Star Wars'

Box Office by the Numbers: ‘Think Like a Man Too’ Beats ‘22 Jump Street’ by a Nose