May the Eighth Be With You: Rian Johnson Takes On ‘Star Wars’ 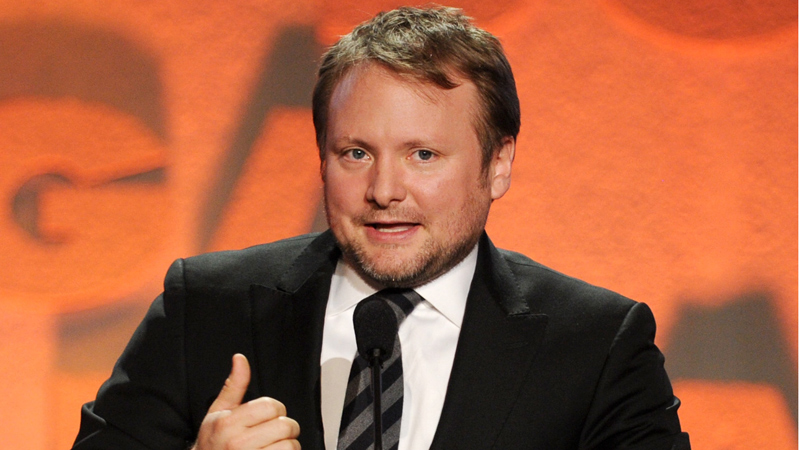 There hasn’t been a piece of news that has elicited such unambiguous approval from both Star Wars fans and movie fans in general as today’s Rian Johnson news. As reported by Deadline and The Hollywood Reporter, Johnson (writer/director of Brick, Looper, and the criminally underrated The Brothers Bloom) will take the reins from Episode VII director J.J. Abrams, write and direct Episode VIII, and write the treatment for Episode IX. Back when Abrams was first appointed to the first sequel, I wrote about what then seemed like an Abrams monopoly on genre franchises; an inability of Hollywood to imagine that anyone other than Abrams was capable of handling a beloved sci-fi property. I’m very happy to be proven wrong today.

This is unquestionably great news for the franchise, but I can’t help but recall Johnson’s words back in 2012, when IndieWire asked him about potentially jumping onto a big franchise:

If I read a great book or comic book or something, the last thing in my head is “Wow, I want to make that into a movie.” Obviously, some of the greatest films ever made have been adaptations, I’m just talking about my personal opinion. So there’s no dream project. My dream is to come up with another movie, and be able to make it. I’m realizing that that’s the only way I can work. Every single movie that gets made is a miracle. But knock on wood, I’ve been able to get these things made, and it’s not going to last forever. So as long as I’ve got this little window where I’m able to make these things, I’m just gonna keep making original stuff, and see how long I can get away with it.

Johnson’s commitment to creating original (and deliriously enjoyable) stand-alone stories is what has gotten him such a devoted fan following. Though their careers have been different in terms of proliferation and style, he occupies a similar role as Joss Whedon did a decade ago. There is something particularly Johnsonian about everything he puts his stamp on, from his features to his directorial work on Breaking Bad (he directed three episodes over the course of the series, including the unforgettable “Fly” and the almost unbearably tense final-season episode “Ozymandias”) — an undeniable quirk and sense of fun that never manages to undercut story and suspense. I have no reason to believe he’ll do anything but excel in bringing his vision to George Lucas’s galaxy, and at the same time I wonder what original visions he’d create over the next decade in the alternate timeline within which he doesn’t take Star Wars.

I don’t doubt this decision was a tough one, given his previous statements, and maybe it sounds like I’m directly contradicting past arguments I’ve made. But no matter how they continue to stack the deck, I still feel like more of a prisoner of my Star Wars fandom than a beneficiary, and I don’t want to go into any Rian Johnson film feeling like that. The joy of Looper was how little we knew of what to expect from it — jumping into a fully formed universe with no outside knowledge or cultural baggage and letting it be our world for two hours. That’s the most basic joy of cinema, and it’s a joy Johnson has a particularly deft hand with. Maybe after Abrams hands off the franchise, they can recast the whole thing, remove the Lucasfilm title and John Williams theme, call it Stellar Conflict, and let Johnson create his own space epic from scratch. Laser blunderbusses for everyone!

The Right Reasons Podcast: 'The Challenge,' 'The Bachelorette,' and Scottie Pippen's Sex Life