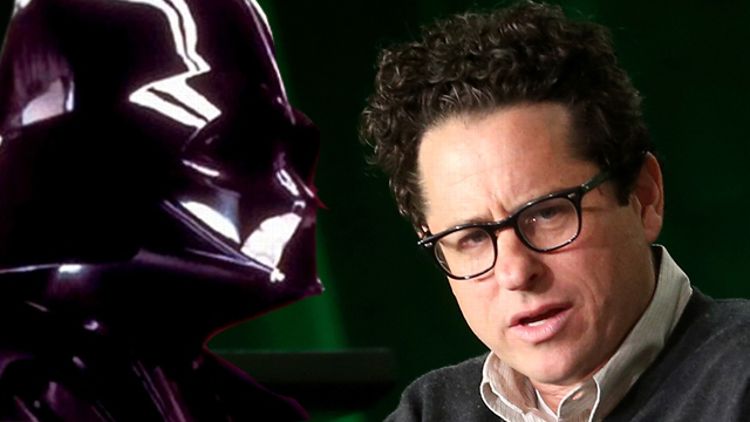 Well, the wait is over: The Wrap (followed by pretty much everyone else in the entertainment press) has just reported that J.J. Abrams will be your Star Wars Episode VII director. After a volley of intriguing (David Fincher?), eyebrow-raising (Ben Affleck!?), and straight-up geek-bait (Brad Bird?!?!) names took their turns dancing around the Internet rumor Tilt-a-Whirl, the ride has come to a complete stop and we’ve arrived … just about where we started.

Yes, the guy responsible for bringing the genteel, talky Star Trek universe aggressively into the 21st century, the guy behind probably the most culturally significant sci-fi television series of the last decade — when you think about it, probably the most influential sci-fi auteur working today — now has as close to a monopoly on Things Geeks Like as you can get. Abrams had initially been rumored to be a candidate shortly after it was announced that Disney had purchased Lucasfilm (disclosure: Disney is Grantland’s corporate parent) and was set to produce three sequels to the original Star Wars trilogy, but implied he would decline the offer should it be formally made. But, presumably after Disney sent a shipment of fine Kessel spices and at least one (rumored) Twi’lek dancing girl, he has given in, and is set to direct the script by Little Miss Sunshine‘s Michael Arndt. According to IMDb, Abrams has at least four projects in the pipeline, including a Mission: Impossible and Cloverfield sequel; undoubtedly he will have to order some extra pages to his At-A-Glance for the next four years to make room for it all.

I could use this platform to throw all manner of shade in Abrams’s direction; his vision and style are not particularly to my liking, but I know many people feel differently, and to each their own. As a long-time Star Trek fan, I was soundly disappointed by his noisy, ADD-addled 2009 reboot, and I’m not terribly excited for Into Darkness, all Cumberbatching aside. That’s cool; all of TNG is still on Netflix, and in my mind the Abrams films have little to no relation to the shows and movies I grew up with. But there’s something icky, familiar, and profoundly unfair about today’s announcement, and for the first time in a while, I do have the deep, geek-gut feeling that something I love is being adulterated.

Like pretty much everyone else with a dusty box in their childhood bedroom labeled with some variation of “NERD CRAP I CAN’T BEAR TO SELL/THROW AWAY,” a huge part of my pop-culture childhood was influenced by the holy duality of Star Trek and Star Wars. Trek was first — my first memory of watching television, actually, and the inspiration for at least one Halloween costume — but as soon as Star Wars came into my life at age 8, I was hooked for life. But just because they shared the first word in their titles, and a genre, and their novelizations had the same sticker of a UFO on the spine at the public library, didn’t mean they had much in common after that — I remember being aware the two universes had about as much in common as The Baby-sitters Club and Sweet Valley High (don’t even get me started). And to this day, sometimes I’m on a Star Trek kick and sometimes I’m on a Star Wars kick, and as any fan can attest, they are very different modes to be in.

So it strikes me as paradoxical that in an age where “nerd culture” (or whatever you want to call it) gets so much shine, where the huge number of outlets/entities like The Nerdist and io9 allows people who are into that kind of thing to tailor their media diet to an obsessive degree, honoring every shade, flavor, and niche of the amorphous beast known as sci-fi, we are essentially putting one guy in charge of our myths — both as custodian of the old and creator of the new. The decision feels like something the folks at Disney did in their sleep — are there so few interesting voices out there? Was everyone else too scared to step up to the plate? (Answers: no; possibly.) Regardless, I’ll still be in line at midnight, enthusiasm dampened but not destroyed, ready to watch a new crop of neo-Jedi fly around in some neat-looking ships and do cool things with lightsabers. Fingers crossed that we can make anything out through the flares.