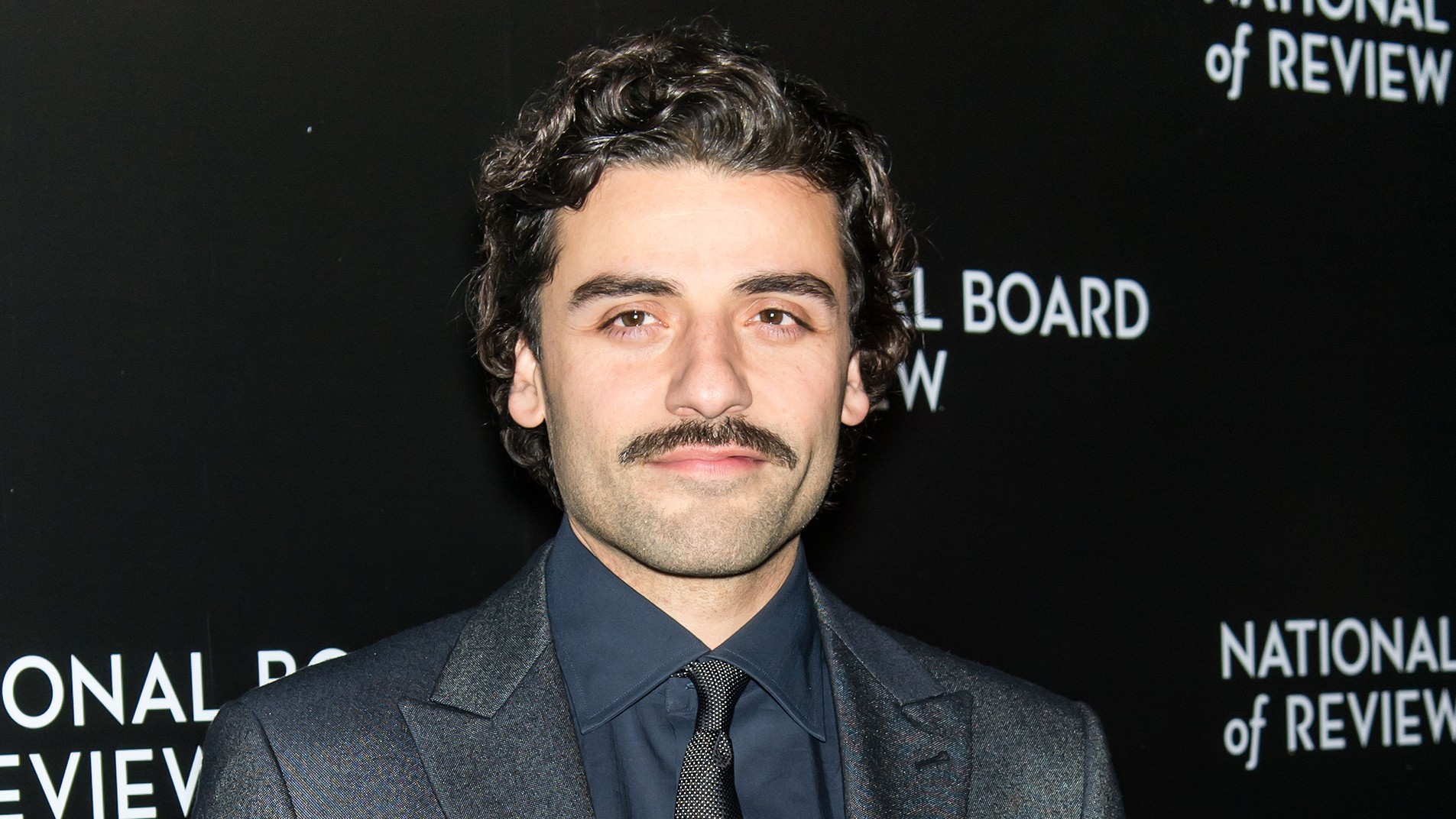 For my recent profile of David Simon — in which I visited the legendary showrunner in Yonkers on the set of his new miniseries, Show Me a Hero — I also got a chance to speak with Oscar Isaac, the star of the miniseries. The ascendant leading man filled me in about working with Simon on the show, in which Isaac plays Nicholas Wasicsko, the real-life mayor of Yonkers who was embroiled in an infamous desegregation battle in the 1980s. We also got to some of his other greatest hits, although it wasn’t exactly comprehensive: We didn’t hit Inside Llewyn Davis, but we did get to All About the Benjamins. Here’s a selection from our quick chat.

How was David Simon? Was he intimidating at all to collaborate with?

Not even a little bit. In fact, when we were prepping, he came over to my place and we spent like a six- or seven-hour day together, just going through every single line of the script. All 600 pages. And we changed some stuff and fixed some stuff. I had some ideas, and he’d incorporate them or explain to me why it needed to be that way. He was incredibly, surprisingly open and collaborative.

And then on set he’s been great. We sometimes disagree about something, and it’s fun to disagree. I can plead my case, and he’ll plead his — usually we get somewhere in the middle. I think he knows that I’m coming from a place of understanding. A lot of people knew Nick, and I feel like there’s been a lot of trust. There’s also not been a lot of time. It’s the craziest schedule I’ve ever been a part of. [The challenge is] finding a rhythm. The block shooting is really intense for everybody. It’s very fast, and it’s long hours. I think everyone’s just trying to focus on the truth of what happened, and approach it with energy and a sense of respect, but also try to find the fun.

This is your first TV role.

Yeah, it’s my first time doing a miniseries. Creating an arc for a character over six hours as opposed to two, it’s a very different thing. Often it’ll be like, “Well, I feel like I already said that in this part, I think instead of saying it I can act it — you can linger on my face and you can get me feeling the thing.” And then it’s like, “Well, maybe when we’re putting it together, it won’t be enough. We can’t just show it, we do have to say it.” Or you find an old version of the script that’s long gone, and a line that’s so great. And maybe we can still substitute it in.

Click here for all of our interviews with fascinating people from the worlds of sports and pop culture.
For acting, it’s about belief, and about confidence. And that’s why it’s difficult to quantify. To be convincing, often, you have to have conviction. And in order to have conviction, it’s a journey. Say there’s a line that I hate — I just can’t get it right. And I argue and argue and argue, and then while arguing my case, somehow, by explicitly saying what that line needs, suddenly I understand it better. By arguing against it so hard, it makes sense. It’s a strange thing.

And with this project you also have to be concerned, like you said, with the accuracy.

Yeah, but I’m not making news. I’m not making a documentary. I’m inhabiting this person’s life. But it’s also not him, it’s me. This is a story that [Simon and co-writer Bill Zorzi] investigated very thoughtfully, and then [director] Paul Haggis [adds] his point of view, and then it’s about me and what I find interesting, and Nick and his personality and his characteristics and how they bat up against my own characteristics and my own feelings on these issues. And what you get is — it’s not a news story. It’s a piece of drama.

Switching to a wholly different thing: What was it like seeing yourself for the first time scooting around in an X-wing in the Star Wars trailer?

Amazing. A little bit nauseating, too, because that thing moves around so much. I had to take a moment, to keep my lunch down. That, mixed with the excitement. It was great.

We won’t bother you for secrets, because, as you’ve rightly said in the past, it’s more fun to wait. But has it been tough holding off friends and family who want to know the inside dirt?

Yeah, it’s not too hard. It’s fun to tease people.

This is a big endeavor. Have there been any moments where it seemed like J.J. Abrams was even a little bit on edge?

Not even a little. He is so enthusiastic, and so positive, and just full of energy. I’ve never met anyone as positive and kind, and definitely not someone helming something this big. He seems to have time not only for everything but for everyone. He was so kind to my family, to other peoples’ families, to people on set. He’s the same to people that are visiting from the top of the Lucasfilm and the janitor that cleans the warehouse. He’s such a generous person.

The Oscar nominations just recently came out, and some were feeling that your movie A Most Violent Year was unfairly snubbed.

I try not to pay too much attention. When movies come out at this time of the year, that’s one of the hopes because [Oscar nominations are] a great way to get traction. There’s no capes, no superheroes, no X-wings, so you have to get people’s interest in other ways. I understand why it’s there. But it feels like, every year, it becomes a bigger and bigger industry — there are all these parasites that make money and feed off this thing, who have nothing to do with the craft of making film.

The first time I noticed you was in Drive. Nicolas Winding Refn, that movie’s director, is a bit of a character. What was he like to work with?

I had turned it down initially. I’d seen Bronson and the Pusher trilogy, and I was really interested in him as a director. But I didn’t want to play that role, because it was written as a very stereotypical gangster. He’s giving beer to his son, and as soon as he shows up you want him dead so those other two people can get together. So I said no, and he said, “If it can be anything, what would would you do?” And we sat there for four hours, and we rewrote it.

We had a bunch of conversations. What if, instead of this career criminal, this gangster, he’s a guy that made a mistake one time? And it was a really stupid mistake? He held some money for someone that he knew he shouldn’t have, and the cops busted the place, and he gets thrown in jail. And even though he’s guilty, he really gets hit hard, and he’s there for two years, so now he owes people money for protection. And then he gets out, and there’s this guy that’s hanging out with his wife …

He becomes a very tragic figure, and it becomes interesting. I wasn’t about trying to be more likable. I was about being more dramatically interesting. And I think that’s what ended up happening.

Nic is great, and I actually took something from him which I still use. Nic said, “If the script says he walks through the door, I always wonder — why doesn’t he go through the window? What if he popped up from the floor? What if he breaks down the wall? Why does it have to be the door?”

It’s kind of what I was saying before: you have to argue the point of something to get a better understanding of it. This is why. This is the only reason why. This is why he could only come through the door. It’s a great way to approach scenes and material. Don’t take it for granted. Investigate that.

I mean, people like to think they have more control over their careers than they do. You get what you get. I don’t know how I could use it more to my advantage; that’s just my face. Early on, though, if I’d go out for something, like an Israeli character, I’d say I was Israeli. I would say wherever the character was from. The power of suggestion is very strong.

One last thing that seems important to mention: Your first movie was All About the Benjamins, with the great Next Friday duo of Ice Cube and Mike Epps.

I didn’t get to work with either of those guys. I had a scene with Roger Guenveur Smith, he’s like a New York staple, an incredible actor. But that was actually funny ’cause it goes to the ethnicity thing. I was always trying to avoid stereotypes — to me, that was very important. I got this role, and the name originally was Frank. OK, great. Then I get the rewrite and the name is Francesco. I’m like, “Oh man, why they gotta do that?”

So I thought, What if it becomes a bit? I was playing a photographer’s assistant and Roger is pretending to be a photographer so he can steal this diamond from this photo shoot and kill everyone, and kill me too. So I brought this up to Kevin Brays, the director: What if Roger keeps calling me Francesco, and I keep correcting him, “No, my name’s Frank,” and then it becomes a source of antagonism. And we came up with this beat: He yells “Francesco” at me, I scream at him that my name’s Frank, he apologizes, and then he shoots me.

It was a moment of tragic consequences. That’s always more interesting. And I think it’s obvious when someone’s doing something from a place of trying to make it better and not of ego. Even back then I was doing that.