Chelsea Handler To Host the First Talk Show on Netflix, Whatever That Will Mean 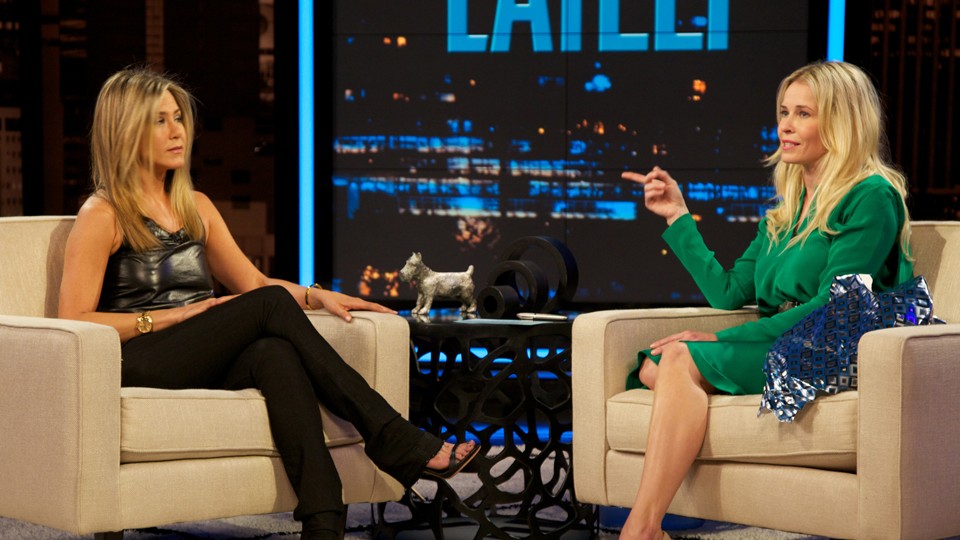 Netflix has been polishing its cable TV impression for a couple of years now, commissioning strong TV series, funding original films, licensing old gems (and duds), and bringing foreign must-sees to American shores and iPads. But in order for the onetime mail-order DVD company to dub itself “the world’s leading Internet TV network” — as it does in today’s press release — one issue had to be addressed: immediacy. Currency. That this-is-happening-now quality that television somehow radiates even when you’re watching a Roseanne rerun.

So Netflix signed Chelsea Handler. The author of Are You There, Vodka? It’s Me, Chelsea and host of E!’s soon-to-be-retired Chelsea Lately will headline the streaming service/Internet TV network’s first talk show starting in early 2016. How’s that gonna work, exactly, you ask? That’s very unclear, although the announcement says the untitled program “will debut simultaneously in all Netflix territories for members to enjoy however and whenever they like.” In January, Netflix was available in 41 territories and had a European expansion mapped out. In April, the subscriber count hit 48 million. With new episodes uploading simultaneously around the world, Handler could become an internationally popular host more or less overnight.

How often the series will tape is unclear. When Handler was rumored to be in talks with CBS about a post-Letterman late night gig, there was a side-rumor that she was cooking up a weekly radio show with Sirius XM, with a video version destined for Netflix. This could be a continuation of that, meaning Handler would soon join John Oliver in the weekly talk show arena. “The Internet has disrupted many of the conventions of traditional television,” Netflix chief content officer Ted Sarandos says in the statement, “and together with Chelsea Handler, Netflix is looking forward to reimagining the late night talk show for the on-demand generation, starting with the late night part.”

Last month, Handler said Chelsea Lately would end on August 26 after seven years on the air. “If I was going to continue working in this industry, I knew I had to do something outside the box to keep myself interested,” Handler says in today’s Netflix announcement. “I wanted to sit with the cool kids at lunch so I approached Netflix to make sure they were as cool as I thought they were, and when I confirmed my suspicions, like with any other future lover, I made my move. I’m more excited than I’ve been in awhile, and the team at Netflix is the most forward thinking, alert group I’ve sat down with in ages. No offense to the Shahs of Sunset.” Netflix’s release says Handler’s new venture will contain her trademark “unfiltered opinions on topical entertainment and cultural issues, as well as her signature guest interviews.”

Before Handler’s talk show debuts, she’ll see an hourlong stand-up special premiere on Netflix in October. Then she’ll put together four “docu-comedy specials” for Netflix in 2015, “featuring her efforts to gain a better understanding on a variety of subjects ranging from NASCAR to politics and from Silicon Valley to the NBA draft.” Sounds like enough material to officially add Handler to Netflix’s small and efficient celebrity publicity team, the good firm of Spacey & Fincher & Hurwitz & Kohan & Crazy Eyes.

The final 'Dawn of the Planet of the Apes' trailer is here. And: Never give a machine gun to a drunken ape. What are you, insane? Maybe we deserve our new simian overlords, you dummy.