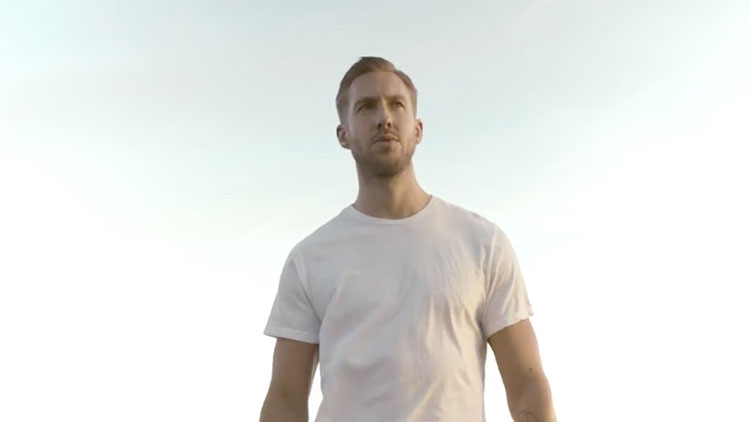 I don’t know if there are any less-inspiring opening notes to an attempted summer jam than the opening to Calvin Harris’s “Summer.” Over warbling Casio strings, Harris, singing on his own track for the first time since his 2011 breakout hit, “Feel So Close,” dispenses with some summer-love clichés, his off-kilter voice laid uncomfortably bare on the track. “Summer” is his first post–18 Months single, an album that produced an unbroken string of U.K. top-10 hits (that didn’t do too shabbily in the U.S., either). Harris has proven his ability to tailor crowd-pleasing dance tracks that manage to highlight and elevate the particular qualities of the female vocalists he works with; as a pop producer alone he’s a formidable force. Going solo for his bid in the summer song wars would seem to be a gesture toward recommitment to his scrappy roots, but “Summer” is every bit as bubblegum as, say, “I Need Your Love.” It just doesn’t have the simple, contagious melodies of that track or any of the collab’d singles off of 18 Months.

I don’t think Harris’s voice is the problem here; I actually don’t mind it and vastly prefer it over the seemingly bottomless reserve of sexy-baby-voiced F-list chanteuses typically enlisted to sing about being young and feeling things all over their bodies on club filler tracks. It made “Feels So Close” feel both specific and universal, the necessary paradox of any pop hit. It’s just not as strongly written as his previous singles, and feels belabored, the last descriptor you want for a summer single.

Every element of “Summer” feels like a second choice. Neither the awkward lyrics or the “Broken Glass”–esque piano noodling seem to have any thematic or emotional relation to each other, and by the time the central hook arrives, it sounds like something you swear you’ve heard 10 times already. Every once in a while I’ll hear a new radio-EDM hook that actually makes me smile, but mostly I find myself wondering how many more melodic drops it will take until every possible combination of notes has been exhausted. I guess that’s a very specific way of wondering how many more build-drop singles will be able to rise to the Top 10, but that’s a conversation for a different day (or never again).

But hey, look at that chart performance. My particular opinion of the quality of this song is irrelevant; I predicted it would flop when it was first released a couple months back, but it’s been able to cast a lazy spell over a rather sparse season for pop music and stay in the conversation all the way up to the actual solstice. I kind of get it — I want a summer song called “Summer” by Calvin Harris to be an anthem, too. I suspect that’s a lot of what’s buoying it. (It can’t be that horrible music video, that’s for sure.) It’s got a great résumé, even if it’ s not actually that good at its job.

Chelsea Handler To Host the First Talk Show on Netflix, Whatever That Will Mean