Tom Cruise’s Oblivion Made a Non-embarrassing Amount of Money This Weekend. Does That Mean We Like Him Again? 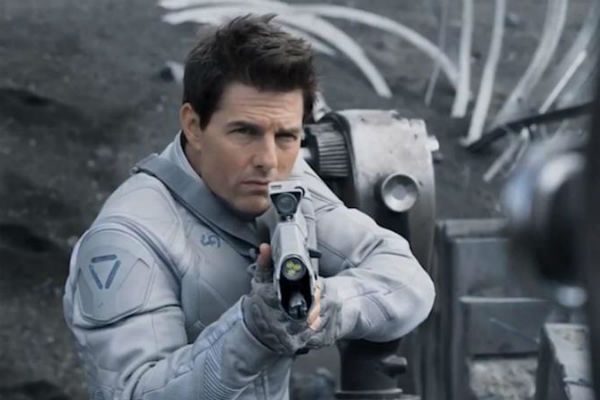 Hey, Oblivion won the weekend box office! Tom Cruise is back! Or, you know, sort of back. I mean, he was more or less back already, after Mission: Impossible — Ghost Protocol. But then he had some serious flops, so he was gone again. But this one did pretty well, so he’s back. Yep. Back. For now. I think.

And so it goes. Ever since Oprah’s couch signaled the latter days of Tom Cruise, the rising and falling and rising box office fortunes of America’s no. 1 most-down-for-the-cause, never-say-die movie star have been endlessly scrutinized. In so doing, we seek nothing less than the true answer to that most timeless of Hollywood questions: Do we or do we not like Tom Cruise right now? And I guess, right now, we do? Who knew?

The gorgeous sci-fi epic, budgeted at $120 million, wasn’t auspiciously received: It managed only a 58 percent Tomatometer rating and a B- CinemaScore. But it did pull $38.2 million, washing the bad taste of Jack Reacher and Rock of Ages out of Tom’s mouth. Meanwhile, overseas, Cruise continues to be warmly received: Without yet opening in China or Japan, Oblivion has managed $112 million to date. And the stat most dear to Cruise’s heart this morning: According to CNN, audiences listed Tom Cruise “as their primary reason for seeing the film.” (The next two reasons listed were “the sci-fi genre” and “Morgan Freeman.” The least-popular reason listed was “needed a warm, dark place to make a bologna sandwich in peace.”)

And so Tom Cruise, for all intents and purposes, continues to live his everyday life as “legitimate box office draw.” To celebrate the occasion, let’s revisit this classic bit of backhanded compliment–ism, via Wesley Morris’s Oblivion review: “Cruise is his reliable self. His determination to give us our money’s worth might represent the most intense and intensely ridiculous professional commitment in the history of the movies. It’s hard not to love a man who loves us as much as Cruise does.” In other parts of the Internet, they call that the thirst.

Mad Men Power Rankings, Episode 604: 'To Have and to Hold'