The Week in Gossip: Is Love Dead? Getting to the Bottom of the Carter-Knowles Divorce Rumors 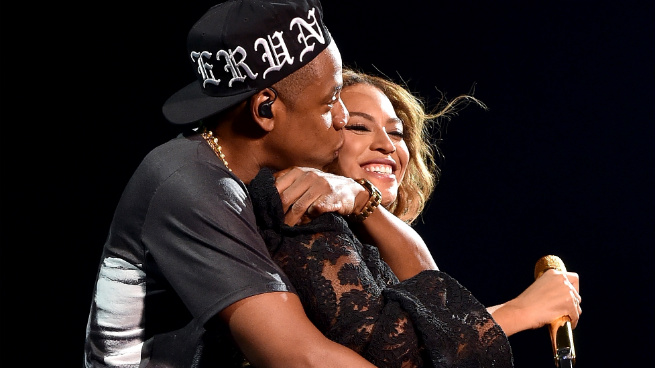 Triangulating the Truth: Are Jay Z and Beyoncé Getting Divorced Soon?

It’s hard to know when a Jay Z and Beyoncé story is real. It’s hard to even know what “real” means in relation to them. Beyoncé has seemingly given us so much access to her life via the photos on her Tumblr, the HBO “documentary” Life Is But a Dream (a.k.a. the live-action adaptation of her Tumblr), and even some of her emotionally powerful songs. Jay Z, for all his ubiquity, somehow feels less omnipresent. Yet when he makes his presence known, we all pay attention. His clever Magna Carta … Holy Grail marketing campaign saw him take to Twitter in a way that convinced us he was truly doing the tweeting. When he released a song for Blue Ivy Carter with her baby noises in the background, we could all pretend for a minute that he was just another dad. And so, amid all these staged displays of emotion, it’s hard to know if we should believe this week’s rumors that they are on the verge of separating. They’ve put so much effort into selling the idea of a Carter-Knowles family. How could they allow these rumors to surface?

“Page Six” reports that they’ll be breaking up after the current On the Run tour, despite the enormous financial windfall it will bring them. (Each show is grossing $5 million. That’s one evening. Though their profit is less, the scale still indicates how rich they’re getting and their staggering commerical value.) Should we believe that America’s sweethearts are through, though? With so much artifice, it’s hard to tell. But let’s look at the evidence.

Signs pointing to no:

In the words of wise sage Justin Bobby, truth and time will tell all. Either way, we’ve crossed an important threshold with this power couple. While they controlled their own message and image meticulously for essentially a decade, they can’t stop whispers, or the New York Post, anymore. No Beyoncé birther is surprised.

Justin Bieber refuses to vacate the United States. He won’t leave us alone. He is our adopted son, except I’m not sure anyone here over the age of 18 wants him. Perhaps aware of this, he sought refuge among the young masses at the happiest place on earth: Disneyland. Never a man of the people, he toured the park via wheelchair. Apparently he had a knee injury. He doesn’t need to fake any medical need to cut the lines like the rest of us do, because JB always gets escorted to the front to avoid any mobs of fans. The real question here is why go to Disneyland, a sprawling, artificial expanse, if you can’t walk?

Far more distressing than any knee injury or questionable trip to Disneyland is Bieber’s apparent friendship with Kevin Durant. They had brunch together, information brought to you via the Shots app that Bieber pushed on his Instagram. I’m assuming KD does not read TMZ, because just being in Bieber’s vicinity seems like a threat to his basketball career.

Here’s a weird story about noted American Spectator columnist, former Nixon speechwriter, Comedy Central personality, and host Ben Stein. “Page Six” ran a lengthy story this week about his text-message relationship with a woman named Tanya Ma. Apparently they met in the airport in San Francisco. She is a performance artist who worked briefly as an escort in Chicago. She is now pregnant — not with Stein’s child. After their airport encounter, they began texting and engaging in “cyber-escorting,” a term I was not aware of until now. He asked her for sexy pics, she asked him for money. They both obliged. The situation escalated, though, when he tried to get her to move into a hotel near him in L.A. He asked to touch her and kiss her, which she refused. You can read their text exchange on “Page Six.” Throughout it all, Stein is oddly polite. He denies any wrongdoing or salacious texting, but the screengrabs are the best confirmation we’ll get. Oddly, he has acknowledged Ma, even if he uses a pseudonym for her. A recent column by Stein also acknowledges that he recently met a young “Eurasian woman” who he calls Lucia. He details her plight as a former “call girl” with aspirations to be a writer, a performance artist who is about to be a single mom. Her relevance to the essay is unclear, but that’s because the entire piece is perplexing. Apparently, winning Ben Stein’s money comes at a cost.

John Travolta’s former pilot, Douglas Gotterba, is fighting to be heard. Or perhaps he’s just fighting to make some easy money. Either way, he is suing Travolta to lift a confidentiality agreement that he signed after leaving Alto, Travolta’s aircraft company, in the 1980s. The Hollywood Reporter explains that Gotterba talked to the National Enquirer in 2012 about his life and his relationship — which was “more than professional” — with Travolta, but he was promptly slapped with a cease-and-desist order predicated on the confidentiality clause of his termination from Alto 25 years earlier. The California court is allowing Gotterba to challenge the termination agreement, so we may get to hear his story after all.

Taylor Swift and Selena Gomez were supposedly best friends, but they grew apart because Swift hates Bieber. Her feelings about him were on display backstage at the 2013 Billboard Music Awards.

Swift took to Instagram, as all the greats do, to prove that she and Gomez are still on good terms. She posted a selfie of her holding an “S” pendant that she deemed a symbolic gift for her pal: “Usually this S represents ‘Swift’ but today I’m wearing it because SELENA IS 22!!!!” I have a feeling that every necklace and trinket Swift owns has a specific meaning to her, or at least she’d have us believe that. So this gesture is loaded with meaning. Gomez may not have even noticed, though, because she was partying on a yacht in St.-Tropez. She has traded in Bieber and Swift for rumored new boyfriend Tommy Chiabra and model Cara Delevingne. I’m not sure if this is an upgrade or merely a lateral move.

Casey Kasem died at the age of 82 in June, and the last days of his life were heavily contested as his wife and children fought over his care. Since his death, the controversy has not ended. His widow is being investigated for elder abuse, and immediately following his death, the location of his body was unclear. The saga continued this week when TMZ reported the body had gone missing again. The New York Daily News followed up with a report that Jean took his remains to Canada. What a bizarre story.

Being Robin Wright: 'The Congress' Scans an Actress Into the Hollywood Matrix