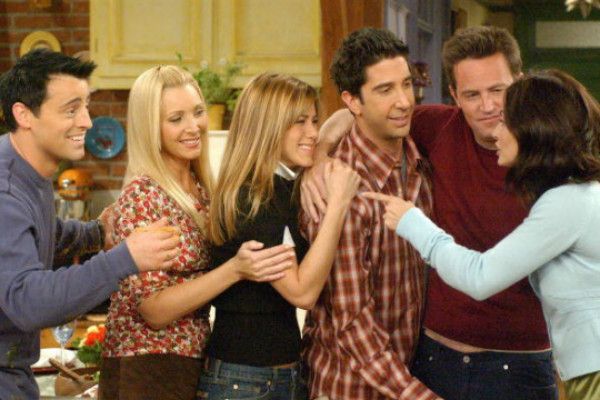 Before we get into this, let’s be up front about something: We have not checked the math ourselves. We have day jobs, and thus are unable to scour 238 episodes’ worth of data, as much as we’d like to be doing exactly that right now. OK? Are we on the same page? So here we go: Some guy on Reddit claims to have totaled up the number of sexual partners for the characters on Friends, arriving at a figure of “138-ish.” (The inexactness of the final number is baked into the methodology; at times, your Chandlers and your Rachels were maddeningly oblique in their mentions of their romantic lives.) Anyway, here is the carnal breakdown by individual Friend:

Because this is very important work, there’s also a graph, which you would be literally insane not to view. And there are some Sexual Fun Facts, like “Joey and Ross have taken part in threesomes,” the entire gang hit a dry spell in Season 6, and Phoebe outporked Joey in four different seasons. [SFX: The meaty report of slapping flesh from high-fiving Lisa Kudrow.]

So where do we go from here? Calculating how exponentially Joey’s numbers would rise if we reclassified his relationships with sandwiches as sexual, which is a totally reasonable leap to make? (We imagine no one has that kind of time, but it feels like a pretty promising field for further inquiry.) A study of the deleterious psychological effects of having just been reminded that Ross had a three-way? A rigorous peer review of the “138-ish” number that surely is driving sitcom statisticians insane with its imprecision? We’ll leave the next steps to the Internet; this is, after all, why it was invented. (To figure out that Chandler got laid less often than Monica.)

Trey Songz vs. Leatherface, Plus Other R&B Heartthrobs and Which Infamous Movie Killers We'd Most Like Them to Be Terrorized By