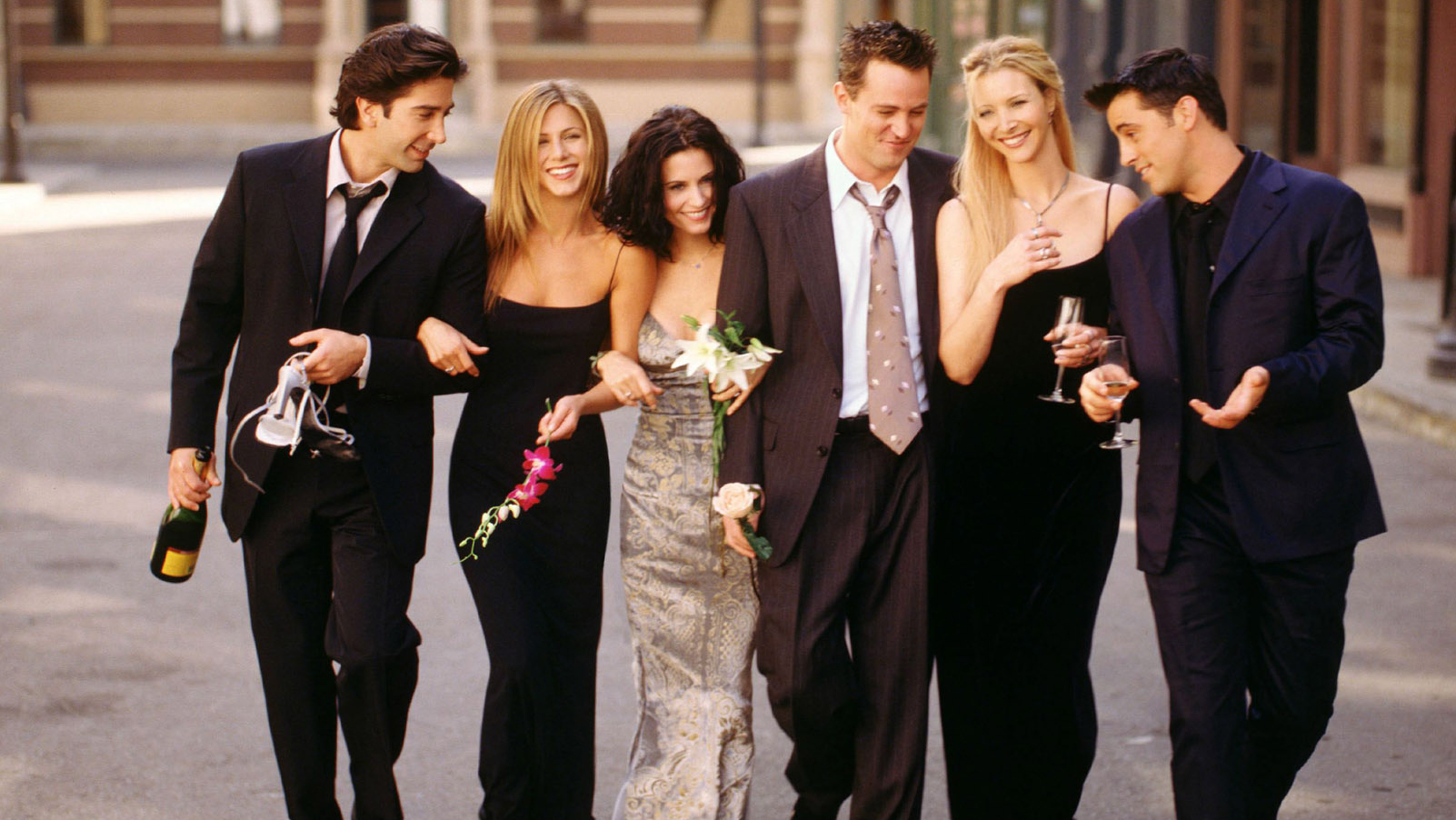 Friends went off the air in May 2004, but it never really left us. When all 10 seasons of the show appeared on Netflix in January, it was pretty obvious that the incredibly popular ’90s sitcom was far too big of a cash cow to be left to boring, old cable syndication or cumbersome DVD boxed sets. It was the turtleneck-and-vest-heavy totem of an entire decade — playing out impossible love stories and way too many fat jokes against the backdrop of a newly pristine New York.

Watching Friends in chunks means Friends is no longer just Friends — there’s Good Friends, Bad Friends, and even Weird Friends. When you can burn through a season of a show in a day, those seasons take on different tones. Suddenly it’s no longer a 30-minute sitcom about small moments. It’s a monolithic viewing experience, during which you watch the same characters doing basically the same things for 88 real-life hours.

Friends might not have been the best sitcom of the ’90s, but it was influential enough to shape the way the decade was perceived. Or at least the first five seasons did. From Season 6 on, the show, still hugely popular, took a number of strange turns — none stranger than in one particular episode in the seventh season.

In “The One With Ross and Monica’s Cousin” — the seventh season’s 19th episode — we are introduced to Ross and Monica Geller’s never-before-mentioned cousin Cassie, played by Denise Richards.

It turns out that Ross has had a crush on Cassie since they were kids. At this point, this revelation was just the latest in a string of embarrassing moments for the mopey paleontologist: He’d been married and/or engaged more than twice; he’d gotten stuck in a pair of tight leather pants while on a date; he had been victim of the worst spray tan in the history of spray tans because he was unable to follow basic instructions; he owned and lost a pet monkey; and in one especially dark moment, he approached a self-defense teacher to get instructions on how to “scare” his ex-girlfriend.

When Ross tried to orchestrate a scenario to make out with his own cousin, his friends were nowhere to be found. You’d think his sister would have stepped in to stop him, or maybe resident ladies’ man Joey Tribbiani could have gently explained why this was a bad idea. Unfortunately, the two of them were too busy with an art project: manufacturing a fake foreskin for Joey out of Silly Putty and cold cuts so he could get a part in a movie. Seriously.

I’m used to accepting plenty of nonsensical Friends plotlines without even blinking an eye. There was, after all, an episode in which Chandler moved to Yemen to avoid getting back together with Janice, his obnoxious ex-girlfriend. But the foreskin/cousin episode was the moment when I was snipped free from whatever hold the show had on me, left to gaze at the bizarre world that had been built up around these characters. I decided to retrace my viewing steps backward to see how the show got to this point. I had to go back only one season.

What happened? There’s not really a simple answer. Even sitcoms that have an airtight premise eventually have to switch things up. It’s how they stay interesting. Familiarity is a positive for only so long before viewers start to get restless. We need change or we feel cheated, even if that change ends up making the show objectively worse or incomprehensible.

These shake-ups are not unique to Friends. Most successful sitcoms take similarly quirky routes.The last season of Growing Pains introduced a homeless teen played by a young Leonardo DiCaprio. He quickly became the focal point of the show, largely because he was treated like an alien from another planet sent to learn the rituals of a suburban American family. Sort of like Alf, if Alf grew up to become Martin Scorsese’s golden boy.

Family Matters introduced nerdy Steve Urkel’s suave alter ego Stefan. Stefan was the exact opposite of Steve. He didn’t have glasses or suspenders, and he looked and talked like he was blazed out of his mind 24 hours a day.

What was Friends, a show that traded in realism (for the most part), supposed to do? Stay the same forever? Maybe, yeah. It feels weird to admonish one of the most successful sitcoms of all time for changing its status quo just as it was becoming tired. The characters could stumble through New York, looking for intangible fulfillment that was just out of reach, for only so long before they actually had to find whatever it is they were looking for. Joey, Chandler, Ross, Monica, Rachel, and Phoebe eventually had to leave behind the uncertainty and angst that made them compelling in the first place.

By Season 6, Monica and Chandler were preparing to move in together and get married, disrupting the balance of the group. Friends was what it was because of its original dynamic: Joey and Chandler lived in relative squalor across from Monica and Rachel, who had the most unrealistic, cavernous West Village apartment that two people with sporadic employment history in the ’90s could have. Monica and Rachel had bedrooms the size of most studio apartments. Joey and Chandler had a canoe for a couch and a pet duck. This was just how it was.

But these major developments in the characters’ lives  were given equal ground with strange, often unimportant subplots. It was as if Friends were trying to be a second-rate Seinfeld. An episode was devoted to Joey’s hernia. Another to Rachel discovering that Phoebe flails her arms and legs when she runs. At one point, Monica and Ross — ever the competitive brother-sister duo — participated in a New Year’s Eve dance contest, but were complete psychos about it on live television. Also, they were bad dancers. These people had been spending way too much time together.

Season 6 was nominated for six Emmys (it won one), but it was also the season when Friends grew up. The lovesick drama of their younger years fell away, and the characters were collectively left with a distinctly adult problem: What happens when you get some perspective on your own life? You start to indulge your idiosyncrasies.

They fought about the authenticity of Pottery Barn. They got obsessed with blinding teeth whitening. They wished for fancy cars and suburban homes. Neurotic characters got more neurotic. Quirky characters got quirkier. They became themselves to an extreme degree.

Suddenly the show was no longer about six twentysomethings fumbling through life. It was about what happened when they’d settled into the world that had been created for them and realized there could never be any way out, just a lifetime of awkward situations and cold cuts.