The Movies of 1994: The Imperfect Charms of an Assassin and His Sidekick in ‘Léon: The Professional’ 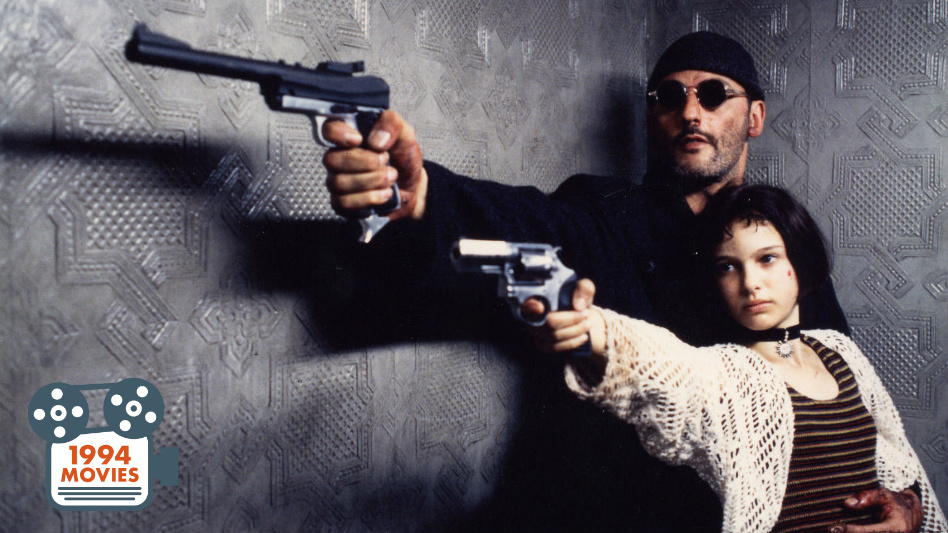 With each generation, the quizzical French love for American culture manifests anew in the most appropriately bizarre of fashions. Sometimes you get de Tocqueville’s Democracy in America; others, Jean-Pierre Melville wearing a cowboy hat and riffing on existentialism in Breathless. Those of us for whom 1994 was a pivotal year in our cinematic development — we got Luc Besson.

Besson is a virtual Gallic-American cultural mash-up factory, and the beguiling success of this year’s Lucy is the capstone. As mogul, he’s given us — or inflicted upon us, depending on your taste — the Taken and Transporter series; as for his work as director, The Fifth Element and The Messenger form a through line with Lucy and The Family of frenetic, over-the-top action, byzantine visuals, and a slapstick approach to human emotion. You can get exhausted just reading the man’s IMDb filmography.

Grantland takes on a golden year in cinema.

It’s funny to imagine now, but back in ’94 Besson was the hot new thing from across the Atlantic. Yes, 1990’s La Femme Nikita had put him on the film-nerd map, but Léon: The Professional empowered him to become the semiautomatic auteur he is today. Honestly, I’m not exactly a Besson-ista; his busy stylings don’t always translate with me or stoke the flames of fandom. But when you go back and watch The Professional 20 years later, you understand why it endures so high up on IMDb’s Top 250. Film audiences owe him for discovering Natalie Portman, if nothing else. But even if you’re firmly contra Besson, you can’t deny The Professional’s a home run. Maybe, armed with a film critic’s weaponry, you could poke holes in it. But why would you? Give The Professional just one iota of slack and Jean Reno’s simpleton assassin will co-opt you with visceral sympathy, just before Portman, clumsily smoking her cigarette, charms you to the core and Gary Oldman right-hooks you as one of the great screen villains.

The Professional was the kind of success that gives a director authority to indulge his personal predilections with rare creative freedom; and the paradox, for me at least, is that as Besson got more polished and enabled, nothing resonated quite like that movie did. Obviously, it set a pretty high bar. And it’s not as if The Professional was a freak one-off. All of Besson’s hallmarks are present there: the roaming wide-angle lens, geeky cartoonish ultraviolence, and of course, the fragile femme fatale, at least in embryonic form with Portman. But for some reason, these elements mesh and sing here with an inexplicable power. His eccentricities sum up to an almost irreproducible harmony.

What is it about The Professional that keeps it so alive 20 years later and sets it apart on a hallowed pedestal from the rest of Besson’s work?

My theory is that it’s precisely because The Professional came about in such an ad hoc manner — because Besson didn’t yet have the time or clout to polish his vision to a gleaming shine — that it feels so refreshingly human. Its imperfections and limitations don’t just make it endearing; they give the film life. Besson apparently wrote the script in 30 days — and shot it in 90 — while waiting for The Fifth Element to come together. And though La Femme Nikita may have opened the American door to Besson, you can’t imagine he had total free rein. There’s an improvisational genius to it that creates the movie’s hypnotic pull. (The apartment interiors were apparently shot in Paris, inadvertently giving Besson’s take on a New York a fairy-tale feel.) Portman, as clearly gifted as she was, is a naive young actor. She’s not making keen choices here, she’s just going with her gut — which is its own bravura accomplishment for a child performer, and her almost gangly exuberance takes the curse off the more risqué Lolita aspects of the story. Then there’s Oldman enjoying the height of his explosive young powers — an approach to acting that he now looks back on with chagrin. Even Reno, the king of French cool, roars with uncharacteristic ferocity as he takes an ax to the wall to help Portman escape in the finale. Finally, there’s New York itself, recorded in the last vestiges of its grubby glory just before Rudy Giuliani would inaugurate the Sex and the City age. It all contributes to the immediacy that gives the film its raw energy. You get the sense that everyone in the film is up against it and they’re responding in fight-or-flight desperation.

And by “it,” I mean the limitations, the imperfections, the compromises and cheats. It’s not just that The Professional isn’t as polished as Besson’s later work, or that the polish inhibits an audience’s primal connection with the material; even a “loose” style like his has to be carefully planned out. I just get the intangible feeling, which one can probably never really prove, that The Professional was gleefully wrestled into existence in a creative ferment where everyone’s best work came from being far outside their comfort zones, leaning on some deep-rooted, turbocharged survival instincts. I imagine Besson and Reno struggling with English, Portman feeling the pressure of her big break, and Oldman — well, he was battling the whole host of issues that always loom over brilliant young actors like crows on a telephone pole. All in all, I like to believe this was a host of vigorous fresh talents taking all the accidents — and I mean accidens in the Latin sense of “shit happens” — that the real world would throw at them and carving a grand celluloid dream out of them. And celluloid would be a key catalyst here: The time/budget/fear factors of shooting on film would be what creates the arena for such a minor miracle to happen.

If that notion explains why The Professional appeals to me so much more than Besson’s other films — and just so much, period — then I also get a little sad. It’s safe to say the film industry since 1994 has gotten infinitely more regularized, bureaucratized, and homogenized. The powerful digital tools and functional ease of the Internet era allow you to accomplish incredible cinematic feats like accurately re-creating a black hole according to Einstein’s equations, or turning whole cities into Jackson Pollock sculptures of concrete. But does all that regularity and capability leave space for filmmakers to wrestle a film like The Professional into existence in the same way? Every film is its own struggle, but did the relative paucity of the resources back then impart a flavor that we’ll eventually lose in a world where a meticulously engineered Google algorithm can anticipate what you’re thinking and give the right answer, rather than let you fall down the rabbit hole of the wrong one?

‘Bad Turn Worse’ and a Great Year for the Indie Thriller

Can’t Find a Braverman: Why the Last Season of ‘Parenthood’ Feels So Choppy