‘Bad Turn Worse’ and a Great Year for the Indie Thriller 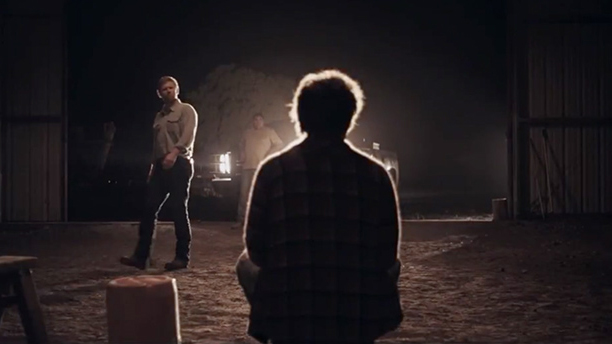 In Bad Turn Worse, the debut film of directors Simon and Zeke Hawkins and the amazingly named writer Dutch Southern, one of the first lines spoken out loud is a paraphrase of the great American noir-novelist Jim Thompson: There are 32 ways to tell a story. The line is said by Sue, played by the charismatic Mackenzie Davis, and as it comes up again and again over the course of the film, she always responds that she didn’t say it — Thompson did.

If there are 32 ways to tell a story, then Bad Turn Worse — which follows three teenagers who fall into the churn of organized crime in rural Texas — explores one of them. It’s the same territory that Thompson (whose most admired novels include The Killer Inside Me and Pop. 1280) mined over the course of his career, and it’s a form of storytelling that’s been having a fantastic 2014. You could loosely describe it as the neo-Gothic, or Southern-fried, thriller: movies that exist as much in the world of literature — of Harry Crews and Larry Brown and Jim Thompson and Cormac McCarthy — as they do in film.

In fact, Joe, the Nicolas Cage–starring David Gordon Green movie from earlier this year, is based on a Larry Brown novel. It’s quieter than Bad Turn Worse, but the films share some major beats: kids in over their heads; country badasses who pull triggers; gangsters and gangs; pickup trucks; gallows humor; beatings, cursing, and sexual violence. These are not demure stories or characters — the Southern-fried thriller revels in the sort of bananas savagery that seems like a relic of the United States gone by. Of course, it isn’t.

One of the threads holding Bad Turn Worse together is the idea that Sue and Bobby, portrayed by Jeremy Allen White — best known at this point as Lip from Shameless, as a sort of winningly goofy nice guy — will do anything to leave the town they grew up in. That’s a classic American story, and it has its counterpoint in B.J., Bobby’s best friend and Sue’s boyfriend, the good ol’ Texas kid who isn’t super stoked about being deserted by the two people he’s closest with in his very narrow world.

B.J. is the linchpin of Bad Turn Worse, its catalyst as well as a startling target of empathy. At its core a lean, caterwauling thriller — spoiler alert: The bad does turn worse — the story gets an endearing, affecting streak of hopelessness from B.J. He could stand in for all the 18-year-olds acting dumb out of desperation in small towns everywhere. And while all three of the cast members are strong, and almost certainly headed for successful careers, Logan Huffman, as B.J., has the most to do; he’s the one pretending. If Huffman’s performance wasn’t as strong as it is, Bad Turn Worse might sink under its own ballast. Instead, it never stops moving.

Bad Turn Worse and Joe are the year’s most obvious flag-bearers of this thriller subgenre, and they are the ones most comfortable with announcing their influences — I’d argue that it’s a sign of Bad Turn Worse’s confidence that it has so little trouble broadcasting the presence of Thompson; others might say it’s a crutch. But we have a range of quality across the spectrum. On the most conservative end, there’s Cold in July, the Jim Mickle–directed Michael C. Hall film that sticks so close to its tropes, including a mysterious old guy, overmatched everyman, and climactic blowout, that it skirts trite. Yet it doesn’t go over, mostly because of great acting — Michael C. Hall! who knew!? — and the script’s sincerity. Tropes are tropes for a reason.

On the other end are two of the year’s best movies, Blue Ruin and The Guest. In many respects, these couldn’t be more different: Blue Ruin features a protagonist, played in a Best Actor–worthy performance by Macon Blair, who’s so bad at revenge that he can’t get the safety lock off the gun he steals. The Guest focuses on Dan Stevens’s outstanding David, a neo-Terminator who looks like he walked out of GQ. What these two films share, though, is more significant: They inhabit the framework of a common thriller and warp the beams until they crack. Blue Ruin puts the expected denouement about 15 minutes in and goes from there. The Guest’s strategy is to escalate and escalate and escalate; it feels like watching a point guard drop 55.

Bad Turn Worse doesn’t reach the highs of Blue Ruin or The Guest, which is fine. What it does do is tell a story and tell it very well. It’s a fleshed-out and athletic crime movie with stakes, engaging characters, and a vivid aesthetic — steel, windmills, dirt roads, four-wheel drive. And if it doesn’t quite match the nihilistic terror of Thompson, there’s even an advantage to that: You’ll be able to sleep afterward.

A Brief History of Murder Islands: How ‘The Hunger Games: Mockingjay’ Built a Dystopia From Scraps

The Movies of 1994: The Imperfect Charms of an Assassin and His Sidekick in ‘Léon: The Professional’