The Last 48 Hours of Miley Cyrus: The Good, the Bad, and the VMAs 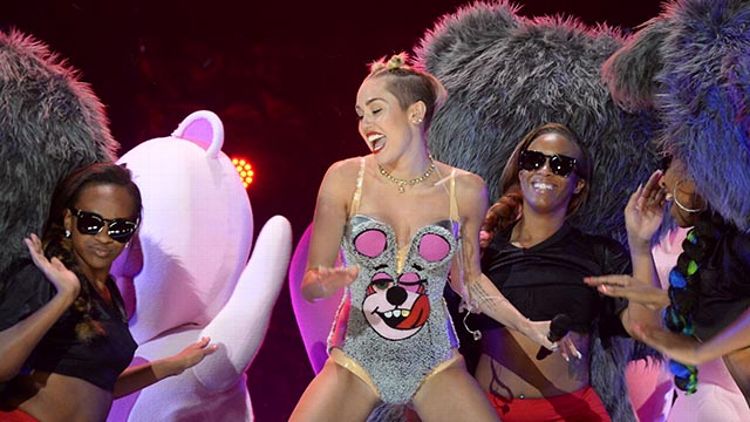 So now we know why Miley Cyrus was so confident that her “We Can’t Stop” ratchet makeover wouldn’t destroy the pop-rock-country foundation that the House of Hannah Montana was built on. She had a second single, “Wrecking Ball,” up her sleeve all along, designed to appeal to the Miley fans who loved her 2009 inspirational ballad “The Climb” and have no idea whatsoever what #turnt means. Miley herself already seems to be getting bored with her most recent phase; her super-short cropped pixie has grown out slightly and she’s been wearing it in Björkish pigtail buns, and she more or less officiated at her own twerking funeral during the VMAs.

“Wrecking Ball” has a silky soft verse that winds up into a big ol’ pitch for the chorus. This song is going to tear up the charts, and proves that Miley has a fighting chance at knocking out Gaga and Katy in the next round of pop wars. Miley’s greatest asset has always been the heart she brings to her singing (yes, really!). Some “We Can’t Stop” doubters were concerned that this new era of Miley was going to be all posturing without any real feeling. Well take a seat, haterz! Bangerz is for lovers too. Speculation pins the song’s heartbroken lyrical content squarely on Miley’s (current? ex?) fiancé, the square-jawed Liam Hemsworth, who has a little time to contemplate the fallout of Paranoia bombing before the next round of Catching Fire promos takes him back to the Hunger Games arena to try proving his name as a blandly handsome leading man one more time. 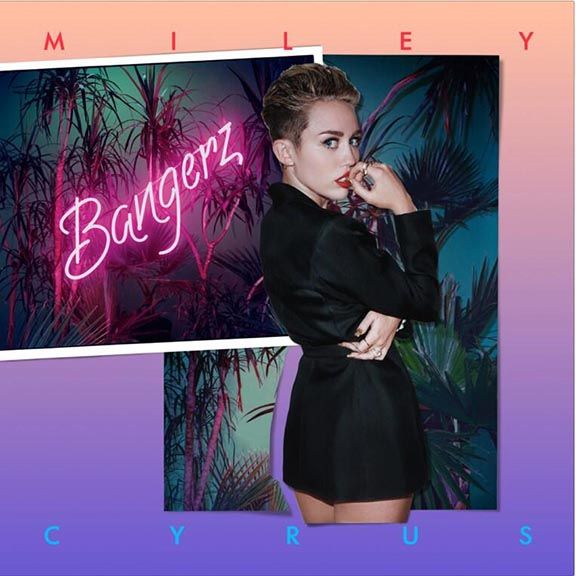 A lot of people really hated Miley’s performance, but I expected something much worse from reading the early East Coast Twitter reactions. This was pretty much her video warmed over and served with an extra side of furrydom, and she looked like she was having fun. MTV bleeped out my name because it is too powerful to say on air. Miley spanked a 6-foot-7 burlesque performer known as Amazon Ashley and threatened to one-up Lady Gaga for half-clothed anti-sexual provocation. Then Miley stripped down to a peach vinyl bikini to perform “Blurred Lines” with Robin Thicke. She used a foam finger as a phallus. I found myself wondering if Miley likes Peaches.

So she can’t make it clap, so what? It’s her body, she can twerk if she wants to. She and Thicke grinded like the fast kids at a seventh-grade dance. Have you seen Thicke try to dance? Don’t come for Miley’s moves until you have. A butthurt Miley and Gaga both bailed on the VMAs after losing a made-up award called “Song of the Summer” to One Direction. Whether this was a real gesture of their egos or just a great excuse to leave the hours-long award show early, I have no idea. I can’t say I wouldn’t have done the same.

An hour after leaving, Miley retweeted Trinidad James, who said “Miley is turnt!” and then referred to her using a racial epithet for familiarity that Miley has no business ever using. While retweeting it isn’t quite the same as saying it herself, she’s been toeing the line since last week’s “i know what color my skin is. you can stop with the friendly reminders bitch” tweet. She may not be able to stop, but seriously, somebody make her stop. Maybe it’s time for Aunt Dolly to step in. If Miley can roll with the jokes for the next week, she’ll come out of this fiasco with another smash hit in “Wrecking Ball.” That is if she doesn’t put her foot in her mouth first.