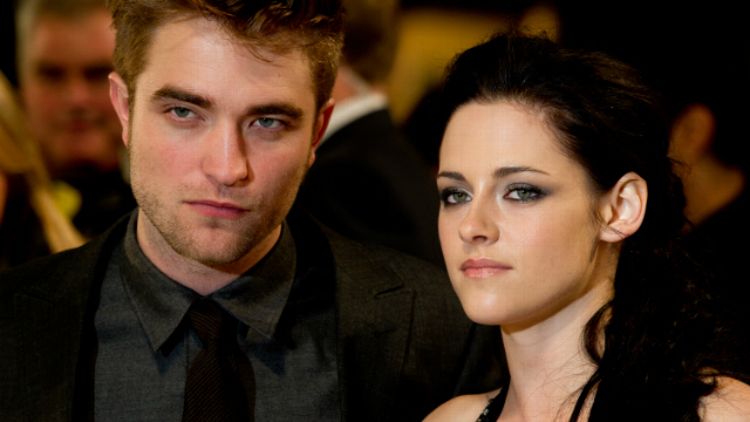 “To be intimate with a married man, when my own father cheated on my mother, is not something I could forgive. I could not look at myself in the morning if I did that. I wouldn’t be attracted to a man who would cheat on his wife.” – Angelina Jolie on The Today Show, 2005

There is a fascinating story embedded within the Kristen Stewart scandal, and it’s not the one about a 22-year-old cheating on her boyfriend with a middle-aged, married man. The latest word on the adulterous public relations bloodbath is that someone tipped off Us magazine about Stewart’s affair with her Snow White and the Huntsman director Rupert Sanders. One pervasive rumor suggests the tip-seller may have been a private investigator Sanders’s suspicious wife Liberty Ross hired to follow her husband. The tabloid in turn then assigned some paps to trail the errant lovers all the way to their now-immortal Santa Monica Mountains tryst. This means that Us worked and broke the Kristen Stewart cheating story as seriously and methodically as if it were Watergate or a case on The Wire.

It’s the same situation that opens Chinatown. A private investigator brought in to do a routine spousal surveillance job ends up uncovering a much larger scandal with the potential to destroy a modern day empire. The empire in question is the Twilight franchise, which has grossed over two billion dollars to date. If anything it seems like the scandal will only fuel interest in the final installment, Breaking Dawn: Part 2, in which the unholy Cullen couple raise their child Renesmee in a two-vampire household.

While a general paparazzi assignment to shoot say, Miley Cyrus riding her bike through Toluca Lake in a crop top and fringed stonewashed jorts pays between $75 and $500, the photos of Sanders and Stewart’s hilltop caress-session went for something like $300,000. The more scandalous and off-script the behavior by a star, the higher the rate and more times the photos will be bought and republished. Prices also go up for an exclusive, be it a close-up shot of Britney’s latest tattoos ($4,000) or a photo of Jennifer Lopez and Ben Affleck together after calling off their engagement went for $120,000. Pictures of Brad Pitt and Angelina Jolie walking on a beach together in Kenya, the first time they came out officially as a couple after his quick divorce, went for a cool $500,000.

Sites likes TMZ and X17 monopolize the market by hiring shooters from popular agencies like MB Pictures and Bauer-Griffin to regularly trail stars like Britney Spears. Photos of Britney Spears made X17 $3 million over the course of 2007, the year Britney shaved her head in front of salivating paparazzi at Esther’s Hair Salon on Ventura Boulevard. The head-shaving photos also reportedly went for $500,0000 and became emblematic of the 2000s era of celebrity, where fictional narratives of a famous person’s life could be faux-constructed out of a daily stream of faux-ambient images. Images so constant and intrusive that it felt like you would obviously probably lose your shit, too, if you were even a fraction as famous as Britney.

The more similar shots that exist, the less a photo will be worth. The picture of Kristen Stewart being held from behind against a concrete guard rail by Sanders, eyes downcast while wearing gray sweatpants, was instantly iconic. It was also blatantly “exclusive,” creepily voyeuristic in a way that suggested a lone photog camped out on a nearby mountainside with a telescope and a telephoto lens, snapping away Rear Window-style. No matter how exclusive it is in print, the second it hits the internet a photo will then be reproduced infinitely, shopped and turned into memes.

Kristen Stewart was supposed to be a relatable every-girl, but it was a role she never took to very well. Emma Stone may be dry, but she still beams constantly doing press and always makes interviewers feel comfortable. Kristen Stewart’s refusal to smile on the red carpet or confirm her relationship with Pattinson to the press seemed like a way of a keeping some parts of herself private even as she became insanely world-famous, basically overnight.

It’s what made her a compelling Bella, who otherwise might have been as bland as she is written in the books. Stewart brings the character a self-destructive edge. Her tomboyish beauty is an ideal counterpart to Pattinson’s femme handsomeness. She manages to turn the series’ abusive/passionate relationship into a master class on girly masochism. But the self-destructive bit plays less well offscreen. The obvious comparison here might not be Angelina Jolie’s stealing of Brad Pitt from Jennifer Aniston but Winona Ryder’s seemingly out of left field shoplifting meltdown.

Instead of sticking to the teen romance script, Stewart was starring in her own secret Adrian Lyne movie. Now she’s being held responsible for shattering fans’ illusions of the idealized romance that the Twilight franchise is built around. Not only did she betray the teenage dream, she betrayed it in favor of a much more adult kind of purgatory, exactly the type of ugly, emotionally complex reality that the Twilight series avoids dealing with.

Maybe the boundaries between her public and private life got too confusing. It’s too much pressure to expect any 22-year-old girl to be a living representative of eternal love. Stewart had just been named the highest earning female star after Snow White and the Huntsman proved she could open a non-Twilight movie, provided she was paired with another name actor like Charlize Theron. She had recently declared that she felt “boring,” like her life was too easy. Having everything a person could want was proving unsatisfying, although she seemed to realized what a dumb thing that was to complain about.

She was quoted in Elle in May saying “I can’t wait for something crazy to fucking happen to me. Just life. I want someone to fuck me over! Do you know what I mean?” in a cover story titled “Inside The Secret Life Of Kristen Stewart.” Maybe she was already trying to confess. She wouldn’t be the first person to do something illicit and willfully stupid just to see how it feels. Despite her clunky public apology to Pattinson, it’s quite possible that she genuinely feels terrible.

It’s hard to say whether this scandal will bring down Kristen Stewart’s career, although it may at least dock her rate a bit. She will be seen next in Walter Salles’ On The Road, and then starring opposite Alex Pettyfer in a Nick Cassavetes crime comedy called Cali. The fate of Rupert Sanders is less certain, but he’s almost definitely off the purported Snow White sequel. His marriage’s fate seems even less certain.

It certainly won’t hurt Twilight too badly. The series is also built around a love triangle, and the potential for a reconciliation or blowup between Pattinson and Stewart adds frisson to the upcoming press tour. Plus, if there’s one thing Twilight fans will love more than Robert Pattinson dating his onscreen soulmate, it’s a wounded Robert Pattinson in desperate need of emotional support and consoling (and possibly, snuggles).