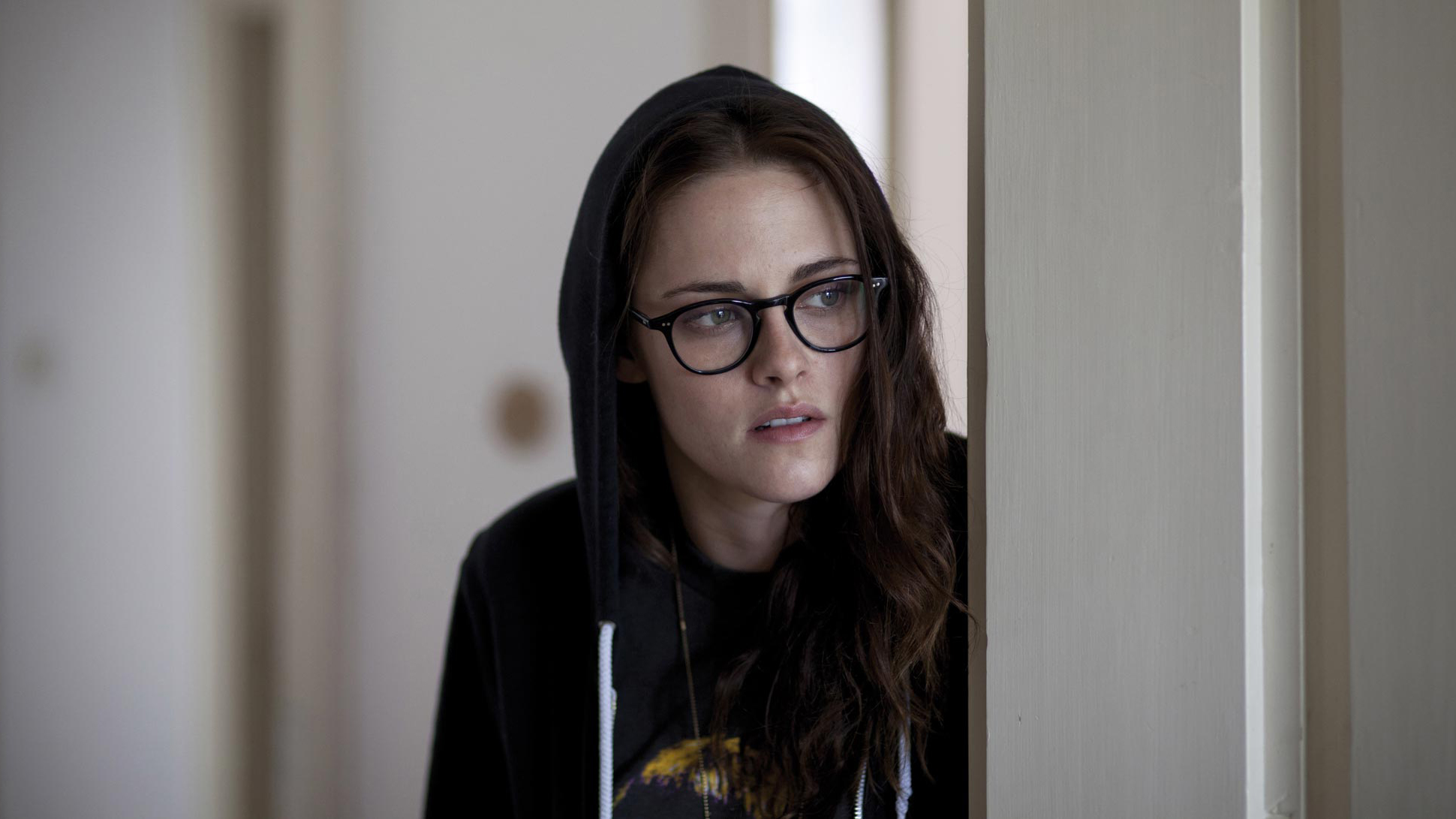 The comfort we’ve developed with celebrity is so extreme that it often masks the overwhelming weirdness of it. And then, casually browsing the world wide web, you come across a story or tweet or rumor that reminds you of how incredibly, uncomfortably, perversely odd our obsession with famous people really is. For example: Last week, I saw a story on the website of the Daily Mail about Kristen Stewart. More specifically, it was about Kristen Stewart holding hands with a girl. Most specifically, it featured a LET’S ENHANCE–style blow-up of that hand-holding, grainy and smeared like a picture of Mars.

On its own, this story about Stewart maybe-dating her former personal assistant read as typical tabloid rumor. But something about the absurdity of that blown-up photograph grabbed my otherwise desensitized attention. It seemed like such a physically intrusive and hyperbolic thing to do that it backlit the absurdity of the whole question. Who gives a shit? The answer, of course, is millions and millions of people, and they have for years now.

Kristen Stewart is Famous. She is not just a well-known actress, or a public person; she’s one of those few individuals who transcend demographics and interests. Whether you’ve seen a Twilight movie or not — and there’s a good chance you have — you know who Kristen Stewart is. She’s a movie star, even if she has the rep of being a movie star who could not care less about her movie stardom. She has been sabotaging it from the word go. If you could get Stewart in a room, one-on-one, just the two of you, and you could level with her, be like, “Kristen, do you even want to be famous?” you might suspect that she’d look out from those dark eyes and be like, “nah.”

You’re projecting. In fact, I’m projecting onto you, and you are projecting onto her. But the nature of fame demands supplication, and when we don’t see the famous appearing to bask in and give thanks for their overwhelming good fortune, we as a culture grow resentful — we have to know why, and we want to punish them for it.

What’s truly interesting, then, in the meta-narrative of celebrity is when famous people start fighting back. Some — like, say, Justin Bieber — do so by reinventing themselves as a pure product, trying to become as uninteresting as humanly possible. With Stewart’s excellent new movie Clouds of Sils Maria, she has done the exact opposite, and she has done it so effectively that she’s robbed trash acts like the Daily Mail’s of both their power and their reason to exist.

In Clouds of Sils Maria, the latest film from French director Olivier Assayas, Stewart plays the assistant to an actress who is preparing to take on the older role — seduced, destroyed — opposite the younger role — seducer, destroyer — in a revival of the play that originally made her famous. That actress, played by Juliette Binoche, is not so exempt from the issues of the play, even as she criticizes it in the wake of the play’s writer’s (her close friend’s) recent death. A third leg, played by Chloë Grace Moretz, exists to help consternate all involved.

Assayas teases out a lot of strands: the logic of fame, the purpose of art, what we see in other people, what we see in ourselves, how clouds move through the Swiss Alps. The movie’s like a complicated pastry, layered so thick it can teeter, and yet it never falls apart. There’s a novelistic depth here, latticed with symbol and meaning. It’s a smart movie, and very aware of its ambition to be smart; even when the dialogue veers into the kind of speechifying and aphorisms that resemble real human speech about as closely as it does a dog’s bark, the film still works, because there’s so much intelligence in the dialogue that its other flaws can be forgiven. I’m a fan of naturalism in screenwriting, but it isn’t the only way. If you want to hear real human beings, there’s always Times Square.

Clouds is the third straight movie Stewart’s made in which she trades exposure and income for a chance to act. That, of course, is the luxury of having carried a franchise that will keep you paid until the sun dies. So what? Sunset Boulevard is littered with the bones of teen stars who never figured it out, and after Still Alice and Camp X-Ray, with Clouds we have indisputable evidence that Stewart can act as well as any other 25-year-old in Hollywood.

In Clouds, Stewart acts with a louche physicality, throwing her body around rooms and trains, slouching and shrugging her shoulders. She has always taken flak for how sedate she can look, like she just shotgunned a bottle of NyQuil, but she has learned how to use that as an advantage. Her face will be set and then she’ll purse her lips or shift her gaze. She has the agility of a small-footed running back; she’s subtle and unshowy until she has to be otherwise, and it never seems forced.

Like her former Siamese twin Robert Pattinson, Stewart has earned the rep of a legit actor, and it’s interesting to consider how differently they’ve gone about it. Instead of reinventing his style, Pattinson has managed more to harness it, turning his stoicism into a character trait rather than a sign that he might be a robot. His recent roles all seem like deliberate riffs on his persona, and while I tend to like them, plenty of others have argued that you can basically see the beads of sweat on his forehead. He is becoming a Great Actor in front of our eyes, and even though he’s doing it in smaller movies, it’s hard to miss.

In direct contrast, Stewart does not seem like she’s trying. Her appearance of comfort in Clouds of Sils Maria might be the most impressive thing about her performance. And it’s the same comfort she showed in the Twilight movies and in Snow White and the Huntsman, but cast in a completely different light; it now seems as though those films were merely delaying her arrival as a great actor. Here, of course, is the irony: Even in a polemic against celebrity fetishism, written about a French auteur’s Chanel-funded movie, Stewart’s old relationship still comes up. But the difference is that Pattinson and Stewart’s acting actually matters, both in its own right and for what it means to the industry as a whole. With Clouds of Sils Maria, what we’re seeing is all that work Stewart put into belittling one type of fame manifest itself in another, much more valuable, form.