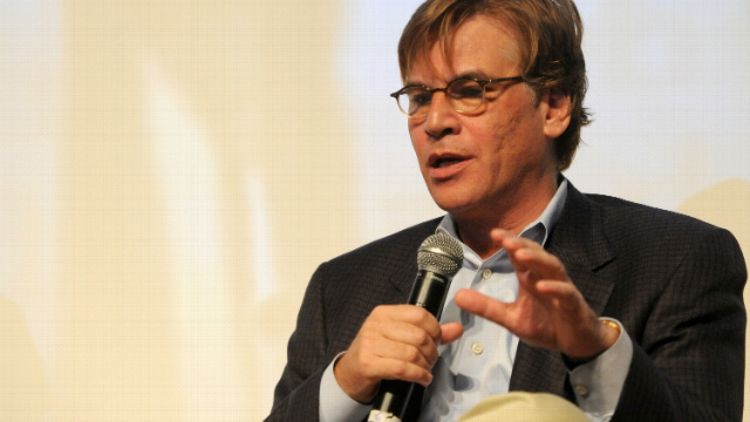 The critics can’t lay off the poor guy, but Aaron Sorkin has someone slightly more prominent in his corner. Monday night, at a Hollywood-dominated $35,800-a-pop fund-raising event at Harvey Weinstein’s Connecticut home, President Obama singled out Sorkin, saying he “writes the way every Democrat in Washington wished they spoke.” Aww! You might assume Obama was just chucking out praise for anyone who’d given him $35,800, but Jerry Springer and Vogue‘s Anna Wintour were there, too, and as far as I can tell Barack didn’t have a single word of praise for Springer’s decades of TV-personality-hood or Vogue‘s always-tasteful fall fashion spreads. Obama singled out one other guest, telling the assembled crowd that he “did get a chance to see Batman. And [Anne Hathaway] was the best thing in it. That’s just my personal opinion.” Now you really know he wasn’t BS-ing, because Hathaway was pretty good in TDKR. (As for the possibility that Obama was belatedly congratulating Sorkin on The West Wing? Come on, he’s already seen Dark Knight Rises. He’s probably not just getting around to the West Wing box set now). So, yes, Obama, for one, gets The Newsroom, and that, along with the show’s already green-lit second season and its pretty solid ratings, should help Aaron Sorkin sleep at night.