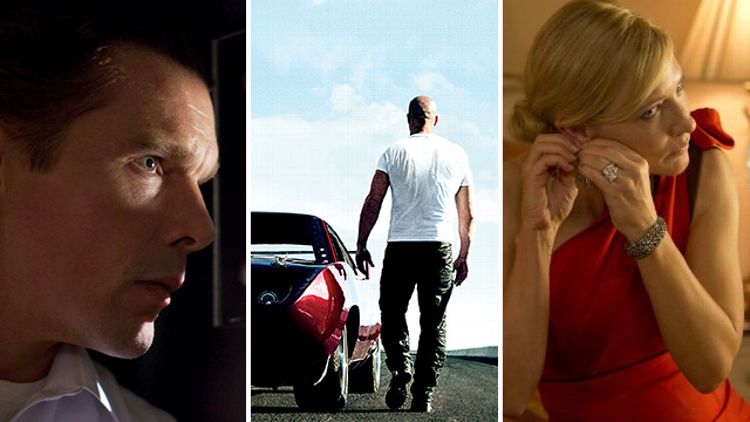 Summer’s almost over, and so, fortunately, are summer movies. This was not the greatest summer for heading to the multiplex, even if the box office numbers don’t ultimately bear that out. After Labor Day, the 2013 season looks negligibly bigger than 2012 — the North American annual total has been holding steady in the $4.2 billion–to–$4.3 billion range since 2007. The top 10 moneymakers are:

This is to say that we will never get tired of seeing Earth blow up. We just don’t want to see Earth blown up every week. No matter how much money your studio made in the past four months, the loser week after week was the planet — therefore, it might be more uplifting to think about who won summer beyond the box office.

You know that guy you broke up with, like, 15 years ago because he just didn’t have his shit together? That guy who couldn’t commit or respond to messages or remember your birthday — that guy who could never imagine doing something as considerate as picking you up from the airport? Well, you’ve been on some dates in the intervening years. You even almost married a man because he was considerate and knew how a checking account worked. But they were either dull or cocky or both. They were solid and stable and serious, all the stuff you said you wanted when, really, what you wanted has been (sigh) THERE ALL ALONG, and what you wanted was Ethan Hawke.

Before Midnight was a modest art-house hit ($8 million), the low-budget thriller The Purge was a less-modest sleeper ($64 million), and Getaway, which opens Friday, could be an even bigger hit. Hawke might be looking at a star like Ben Affleck, who just agreed to play Batman, and start wondering if he’s ready for a superhero movie, as doubtful as that is. Hawke hasn’t changed in all these years, even though we have. He still doesn’t remember your birthday. But he’s built himself to last. That’s superhero enough.

We might never get tired of these movies. They have just the perfect mix of “that’s dumb,” “that’s impossible,” and “that’s cool.” This seems like a summer franchise you’d want your agent to muscle you in on: no costumes, no Comic-Con nuts to disappoint, none of the blame if it bombs (IT WON’T BOMB). And now Jason Statham and Tony Jaa have joined the action. The other day my boss argued that Nicolas Cage needs to be in one of these movies. I absolutely agree. That’s what a tarnished star like Cage needs: to be weird in a movie that his weirdness can’t capsize.

I don’t believe in movies for women and movies for men. I believe in making a movie and seeing who shows up. But it just seems insane for a studio to spend the most important four months of its year ignoring more than half its potential audience. There’s probably a perfectly logical business-executive justification behind this. But this summer when a movie prominently featured a woman, it was a hit, regardless of the genre. It doesn’t entirely matter who, demographically, is seeing these movies (although the goal should be making something any woman, young or old, would want to see, like The Great Gatsby), just that putting a woman at the center of it hardly spells doom.

Yes, The Conjuring was yet another demonic-possession horror coaster, but it has grossed more than double the average for these movies, which means the word of mouth was unusually strong. Audiences found it legitimately scary, and a lot of what was scary involved Vera Farmiga pulling Satan out of a deeply possessed Lili Taylor. Like Mama, which was a hit in January, it was a horror movie about maternity that brought out the devil in mommies without demonizing motherhood. Even though it’s completely despicable, You’re Next might have done better to lose its tired killers-in-animal-masks ads and promote the heroine who can blender you to death.

Meanwhile, We’re the Millers promised that Jennifer Aniston would strip for us. The scene was the opposite of funny. But the movie is the opposite of a bomb, which, for Warner Bros., is all that matters for something it made for a still-excessive-seeming $37 million. The Heat, with Sandra Bullock and Melissa McCarthy, cost only $4 million more and, with a domestic gross of $156 million, is the eighth-biggest movie of the season. Bullock has owned previous summers, and McCarthy has an unstable loudmouth shtick that people seem to like. Bringing them together for a big, stupid, funny action-comedy is smart. The studio that can get those two and Aniston in the same project gets the summer of 2015 off.

Woody Allen and the Great Performance

This has not been a great summer for acting. Some of the season’s memorable performances took place at the art house, where they often do: Michael B. Jordan in Fruitvale Station, Niels Arestrup in Our Children, the murderous Indonesians reenacting their heinous crimes in the documentary The Act of Killing. But the word of mouth about what Cate Blanchett achieves in Blue Jasmine seems to be making people say, “We have to see that.” That Blanchett happens to be mysteriously good while playing a particularly unpleasant vision of derangement doesn’t matter. The performance has captured people’s curiosity.

Of course, she’s giving that performance in a particularly good Woody Allen movie that people would probably have gone to anyway. But all anyone who leaves it wants to talk about is her (and how shocking it is that Andrew Dice Clay isn’t bad, either). Allen continues to appeal to his core fan base while expanding beyond it. He’s an icon, but not an empty one. People still want to see him work. And Sony Pictures Classics has helped: It has a smart poster. It’s just the image of Blanchett’s face up against the title in the Woody Allen font. It shows that the studio believes in Allen’s movie, and that belief is seductive. This is a summer movie that could stretch into winter.

And the Dude Playing James Brown in This Long-Developing Biopic Is ...