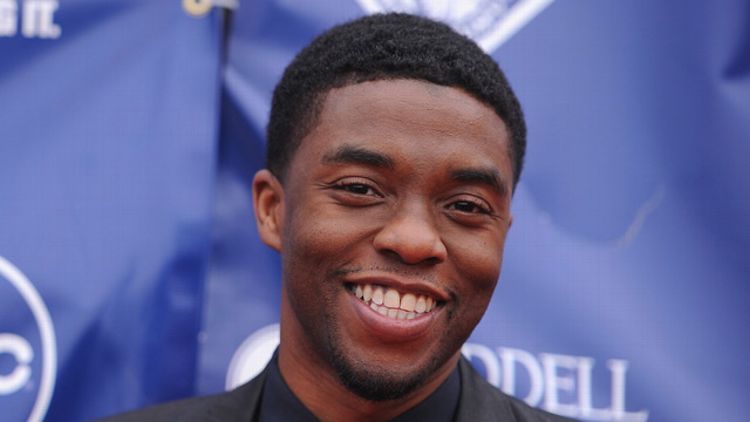 Chadwick Boseman? Playing it on the straight-and-narrow, Universal has nabbed Boseman, best (only?) known for portraying Jackie Robinson in this year’s 42, to reanimate the hardest-working man in show business. There’s no getting around it: This is about as down-the-middle a choice as we could have gotten for a James Brown biopic. (Forget stunt casting; even an unknown would have added a certain air of intrigue.) But let’s put that aside for a minute and focus on — hey, this James Brown biopic is actually happening!

As Variety reports, “[Brian] Grazer has been trying to make a Brown biopic for more than a decade. The project gained momentum after [The Help director Tate] Taylor boarded the project. The studio has been working out budget issues while meeting with prospective thesps to play Brown.” And, now it has been officially green-lit. This is going down.

OK, so — Boseman? This long-gestating project actually had Eddie Murphy attached at one point; presumably, it could have gotten anyone it wanted. And doesn’t it just feel like this movie was destined for some swagger-filled young musician to turn in an out-of-nowhere virtuoso performance? (Please don’t murder me for suggesting this, but — how is A$AP Rocky’s singing voice?)

Instead: Boseman. Perhaps an uninspiring choice, but totally sensible. On paper, with nearly $100 million at the box office and a 77 percent on Rotten Tomatoes, 42 was an unqualified success. Boseman’s solid. He’s got one in the bank.

But 42 was also neat and pat, and never elevated to the heights it might have reached in the hands of someone else. (Spike Lee was attached to this James Brown project, too. Ah, what might have been.) Reviewing the movie, Wesley Morris wrote “Having an actor play Robinson makes sense for realism, but most of the time a piece of cardboard with Robinson’s likeness would have done the trick.”

All that said: As complicated a project as this has been to shepherd, you kind of get why Grazer and Taylor would make this choice. So maybe this is more “uninspiring” from a snap-analysis point of view. Sure, it would have been more fun to be geeking about the next Eddie Murphy comeback right now, or figuring out how exactly Rocky would go about plugging Trap Lord II: Still Trappin’ and Lordin’ right in the middle of the flick. Meanwhile, Boseman, outside of the Robinson hagiography, is mostly an unknown quantity. So who knows how good his audition was? Who knows what he’s capable of? Let’s wait and see what he pulls off, and then we’ll see if it still feels like a missed opportunity.

Grantland Photo Quiz: Why Is Vin Diesel So Deliriously Happy?