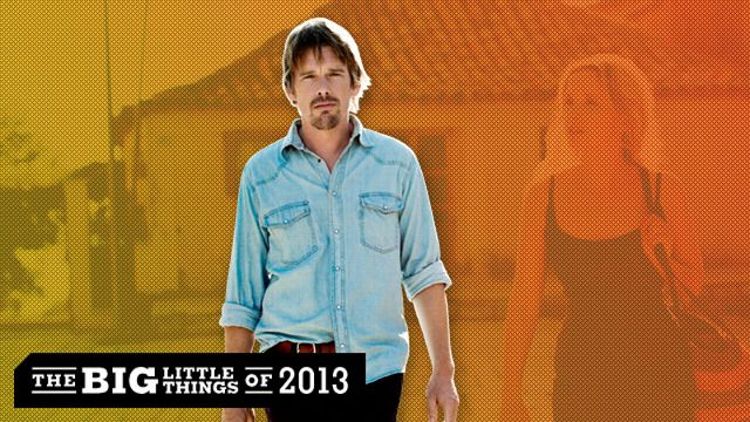 It hits me sometimes that I don’t know the names of many plants. Is that something that’s changed recently, in history? Wasn’t there a time when, like, the average Joe could go outside and expect to be able to say, there’s an oak, that’s a sycamore, that’s eglantine, that’s columbine? I worry about that, you know — like there’s some primal connection to nature I’ve lost, because my life is not such that close observation of plants is important to my survival. On the other hand, I don’t really give a shit about plants. If I’m being completely honest, I would rather have a big TV and a cool car than, I don’t know, hours of solitude in some ancient forest. Even if those hours would change me in some way I can’t anticipate. If you promised me I could spend a year communing with nature, and at the end of that year I would come out with my whole sense of reality transformed, and the other choice was that I could have a kick-ass ride and some amazing 140-inch television, I’m taking civilization every time. I guess that makes me a bad person.

This is where you say, no, no, you know exactly what I mean, because you think the texture of our everyday reality affects us in ways we can’t even really know. Like, everywhere we go we’re bombarded with these images from advertising and entertainment and who can even guess what that’s really doing to us? Sometimes you think the most powerful way you can influence a person is to teach them what they want. Maybe that’s the most extreme way to be alienated from nature, is that possible? It has always seemed really sinister to you, the idea that someone else could invent your desire.

And now I say I’m not sure about that, because maybe the whole concept of desire is artificial in the first place. Maybe if we got rid of civilization, if the whole edifice of human culture vanished overnight, we’d find ourselves not wanting anything — just squatting in a meadow next to a badger or whatever. Doesn’t that sound dull? Maybe oneness with nature is actually overrated. Give me desire. Give me love, even if 90 percent of what that means is bullshit.

Oh, but love, you say — that’s dangerous, because that’s where we’ve been trained to expect the most. You know, we’ve accepted that we can’t be happy unless we have everything: a soul mate, amazing sex, lots of money, all of it, and forever, for our whole lives. Maybe if we were squatting by the badgers or whatever, more people would be happier, because we wouldn’t have all these unrealistic expectations about what love means. We could just be together in whatever way occurred to us instead of needing the perfect bouquet every Valentine’s Day or else dying from self-pity because, poor us, we didn’t get exactly the image from the jewelry ad and now our whole life seems like a mistake.

Maybe love is just this, though, I say. Just talking.

You really love that idea, you say, the idea that you could have a conversation with someone that lasted your whole lives. But you don’t know whether it can ever be that simple. Because if it’s going to last forever — if you’re talking about marriage or whatever — then so much else is going to creep in, you can’t help it. You’re going to change, the other person is going to change, you’re both going to have experiences, and your relationship is going to get more and more complex as you influence each other over time. It’s not like you can just slowly unveil each other forever; after a while you’re also going to help create each other. And maybe that’s a good thing — it sounds romantic, doesn’t it? But it’s also terrifying, because then how can you avoid mixing in the other person with all your fears and resentments? Fears and resentments they helped put there? At any given moment, you’re not only who you are, you’re also who you were at all these other points in your life. You start talking to another person and you think they’re going to save you, but maybe all we’re ever doing is building each other more elaborate cages.

Yeah, but it’s fun when it works, I say.

You’re just trying to get laid, you tell me. But anyway the really scary thing is that there’s nothing else we can do. We keep talking or else we accept that we’re fundamentally alone. So whatever happens happens. But keep talking to me, just keep talking.