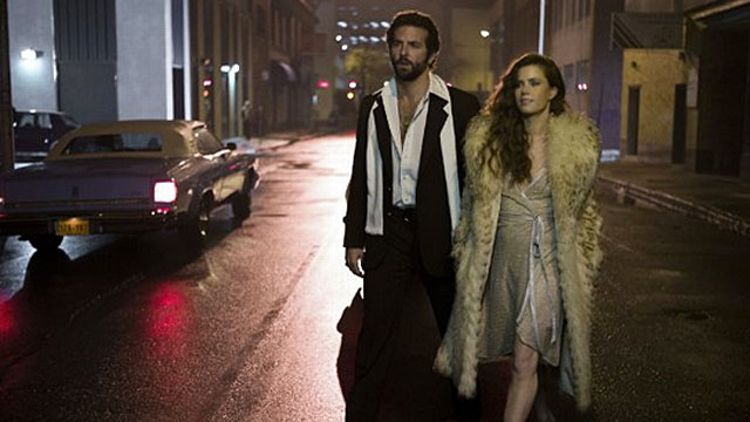 A couple of months ago, I wrote a Grantland column about the competition for Best Screenplay Oscar nominations in which I suggested that this year, Best Adapted Screenplay would be crammed with contenders and Best Original Screenplay would offer a quieter, sparser field. I would like to amend that slightly by explaining that I may have slightly overstated matters. No, let me go further: I misstated matters. I was wrong. In fact, for good measure, I would just like to offer a full and unconditional apology to the people of New Jersey.

Really, they’ve been hurt enough, and it’s not over, because I have the feeling that on Oscar night, they’re going to have to watch Eric Warren Singer and David O. Russell’s riotous, sharp, and humane screenplay for American Hustle, which makes great sport of the Garden State and every aspiring crook and politico in it, take the prize. At the very least, the movie can claim a near-lock on a nomination for Best Original Screenplay, which turns out to be, contrary to my earlier assertion, the richer and deeper of the two writing categories this year.

It’s so deep, in fact, that at least three movies that are still hoping and praying for Best Picture nominations will probably be left out here. Saving Mr. Banks has been a surprising (to me) box-office success, but it didn’t get the kind of reviews that would propel Kelly Marcel and Sue Smith’s script into contention; even under the best of circumstances, the writers’ branch feels unlikely to embrace the movie’s suggestion that writers are misguided snots who get in the way of popular entertainment because they had bad childhoods. Gravity is hugely respected by the Academy, but the screenplay, by director Alfonso Cuarón and his son Jonás, is more tolerated than loved. (I actually liked the backstory about the kid, but I may be the only one.) Dallas Buyers Club has the kind of up-from-under, 20-years-in-the-making backstory that could resonate with any writer who has ever been stuck in development purgatory (meaning, every writer who isn’t also a director), and the screenplay by Craig Borten and Melisa Wallack won a surprise nomination from the Writers Guild of America. But the movie has surged late, perhaps too late, and I think it may just miss. Conversely, it’s possible that a pair of very deserving films, Ryan Coogler’s Fruitvale Station and Nicole Holofcener’s Enough Said, peaked too early. Holofcener’s funny-sad, acutely observed script seems to be what “original screenplay” should be all about, but — wait, why am I bothering? Voting closed two days ago.

One or two of the above movies could make it into the final five alongside American Hustle, but there’s a lot standing in their way: Blue Jasmine, with which Woody Allen is hoping to extend his all-time record in this category with a 16th nomination; Spike Jonze’s Her, which doesn’t feel like what pundits call “an Academy movie” but has great appeal among younger voters (and let’s not forget that it is, among other things, a movie about a struggling writer set in Los Angeles); the touching, precise, understated comedy-drama Nebraska, by Bob Nelson (three of director Alexander Payne’s last four movies have been nominated for their writing); and Inside Llewyn Davis, which could bring two-time screenplay-Oscar winners Joel and Ethan Coen a sixth nomination for their writing.

The field for Best Adapted Screenplay is somewhat less cluttered and, with one exception, less complicated. It’s been clear for months that 12 Years a Slave will contend in all major categories, and this one is no exception — recognition for John Ridley’s screenplay is as much of a certainty as can be found in this uncertain process. (The script was ineligible for a WGA nomination, as were all but 90 movies this year, which is, I think, self-defeatingly restrictive of the Guild and damages the prestige of its awards more than it helps the worthy cause of union solidarity, but that’s another story.) Movies driven by action rather than by dialogue often have a tough time winning recognition for their writing, but Billy Ray’s highly regarded screenplay for Captain Phillips may be an exception. Before Midnight is all talk, but it’s great, funny, sexy, incisive, adult, painful talk, and since its writers Julie Delpy, Ethan Hawke, and Richard Linklater were all contenders in this category for 2004’s Before Sunset, there’s no reason to believe they won’t be recognized for this even more warmly received capstone. The Wolf of Wall Street is far from universally admired, and Terence Winter’s screenplay has been somewhat underdiscussed by those who have treated the movie as if all 180 minutes were mainlined straight from Martin Scorsese’s id, but controversy over its approach shouldn’t hurt Wolf until after the nominations.

The fifth slot will, I think, go to Steve Coogan and Jeff Pope for Philomena, a movie that has reportedly delighted the daylights out of the segment of the Academy that consists of [insert nice, non-ageist term for “old people” here]. The aforementioned complication is that this list leaves out Tracy Letts’s adaptation of his own Pulitzer Prize–winning play, August: Osage County. Ordinarily, an all-star film version of a highly honored play would be a slam dunk for Academy recognition, but August: Osage County is a movie that many in the industry seem to be treating almost diagnostically, and the damaging perception that something got lost in translation feels widespread. Letts’s worst competition in this category is his own play, which may provide too many writers who see the movie with a basis for unflattering comparison.