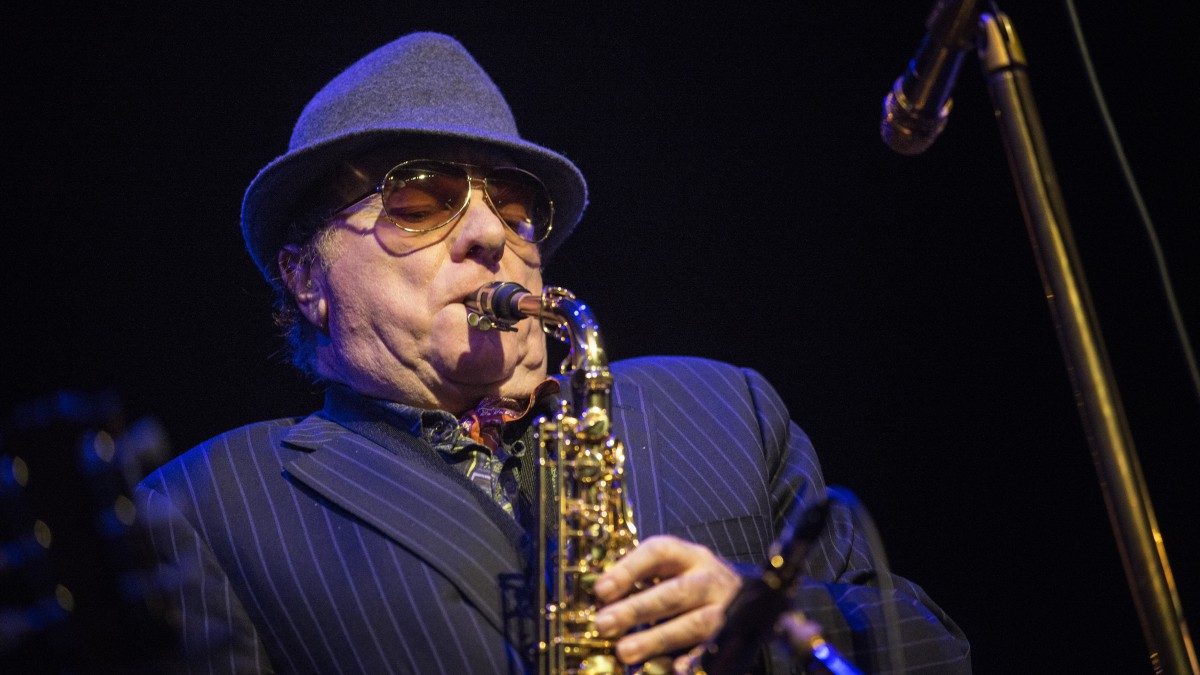 The duets album has become a rite of passage for legendary singers, a way to reinvigorate old fans and draw in new ones with some flashy, contemporary names. Some duets albums, like those by stars like Barry Manilow and Barbra Streisand, are great. But they can be hit-or-miss. The 1993 Frank Sinatra album Duets was a huge late-period success for Sinatra, but it was roundly criticized for the way in which the duets were assembled — pasted together in the studio from separately recorded tracks. The thrill of duets, after all, is in the spark and friction between the two performers.

Van Morrison’s new album, Duets: Re-working the Catalogue, is his 35th. Preparing to listen to it, I was afraid, especially when I saw Michael Bublé listed as a collaborator. Not that I blamed Van. Who could fault him for taking a victory lap to cash in? Mercifully, Duets is nothing of the sort. The duets sound like they were recorded live, although who knows if that’s some kind of cross-continental studio magic. Whatever the case, Van never phones it in. I’m not even sure he could if he tried.

And aside from Bublé and a couple others, Van’s duet partners seem chosen for collaborative potential rather than marquee appeal. Even Bublé reins in his penchant for corny theatricality out of respect for Van’s mastery. There are no radio-bait wild cards — no “Moondance” remix featuring Iggy Azalea or “Brown Eyed Girl” with One Direction, nothing like that. What you get on Duets is exactly what the title promises: a reimagining of Van’s extensive catalogue with a little help from some friends. The song choices are quirky, and so are the collaborators. Van wisely avoids his biggest hits in favor of undersung gems. Not that these songs aren’t recognizable. They just aren’t overly played, which makes them prime for “reworking.” He enlists American soul legends like Mavis Staples, George Benson, and Bobby Womack (R.I.P.), and British R&B performers like Georgie Fame and Chris Farlowe. The lesser-known names are jazz singers like Gregory Porter, Clare Teal, and Van’s daughter Shana Morrison. American singer P.J. Proby, beloved in the U.K.’s Northern Soul scene, guests on Van’s “Whatever Happened to P.J. Proby” to answer the question in the song’s title. (A: He’s right here!) Steve Winwood and Mark Knopfler both sound thrilled just to be there. All of them bring their own styles. Everyone knows better than to emulate Van.

Van is playful on Duets, riffing and ad-libbing with his guests, neither overpowering them nor staying aloof. Some of my favorite Van Morrison moments are tossed-off asides; the 1968 album of uncommercial songs he put out for a contractually obligated Bang Records album is chock-full of highlights. Even a purposely “bad” Van Morrison song like “Ring Worm” can’t help but be pretty great. Every song ramps up toward the end, when Van and friends start to vamp over the band. Van drops some of his trademark off-the-cuff soul man ad-libs, which rival any rapper’s. I ended up wishing each song spent as long fading out as it does building. While the first reaction to Duets might be that it’s tailor-made to be played and sold at Starbucks, what makes it great is that it’s so much better than that — and yet it will still sound good in the background at Starbucks.

Van uses Duets as a platform to incorporate more recent fare into his canon. “Rough God Goes Riding,” with Shana Morrison, and “Fire in the Belly,” with Winwood, both from 1997’s The Healing Game, shine in these new versions, reminding us that the songcraft on Van’s later albums is just as strong as it was on Astral Weeks. The deeper Duets goes, the deeper Van dives down with it. The album closes with a six-and-a-half-minute version of “How Can a Poor Boy?” (from 2008’s Keep It Simple) with Taj Mahal, an instant classic. Van is 69, Taj 72; they sound like two rough gods together — passionate, vital, doubly singular, surveying their empires, all the verdant fields and wildflowers they’ve planted over the years, which will keep blooming forever.