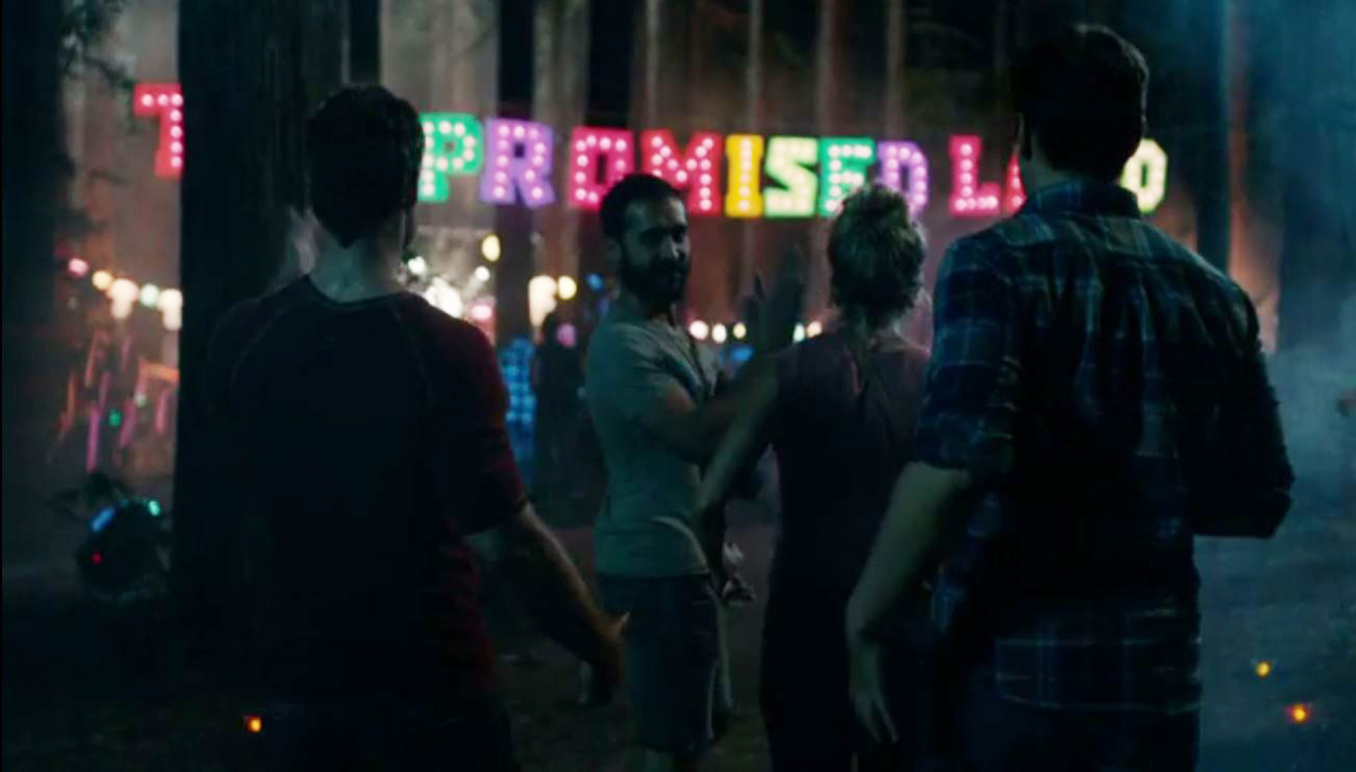 Looking does many things well: love triangles, painfully identifiable characters, depicting life in the city in great and loving detail. But what Looking does best is parties.

More than half the episodes from the show’s second season — which ended Sunday night — featured a party of some sort. A rave in the woods closed out the premiere, Patrick (Jonathan Groff) threw a disastrous Halloween party in Episode 6, and he and new boyfriend/boss Kevin (Russell Tovey) attended the nerd prom at a gay gamer convention. As understated as Looking can be, its characters are all variably volatile, whether due to deep repression (Patrick), crippling nihilism (Agustín), or narcissistic aggression (Kevin). Getting them drunk or rolling at a club is an easy way to shove them at sex partners, each other, or both.

Looking is already focused on the particulars of its characters’ lives, and these parties act as a magnifying glass. Agustín hurling himself into a club isn’t just dancing — it’s a denial of how his life is in tatters following a breakup. Patrick’s woozy speech at his Halloween party is an excuse for him to disastrously voice all the frustrations he’s built up over the course of the series, putting himself in a position to, just maybe, make a mature decision. And the way the characters bounce among bars, clubs, and house parties in search of happiness is painstakingly captured through the show’s direction.

Take the rave in the Season 2 premiere, “Looking for the Promised Land,” which takes its name from the party that Patrick, Agustín, Dom, and Doris stumble upon in the woods. The brightness of the sign inviting them into the “Promised Land” fends off the darkness of the woods, a visual motif that repeats throughout the season1 — the light always just out of focus, framing the characters’ fleeting moments of (often false) happiness. “Looking for the Promised Land” is about possibility, regrouping, and recovering after the first-season finale. These are supposed to be joyous occasions (somehow, Patrick, Dom, and Doris manage to dance up a storm before a funeral), which makes it all the more striking when the rug is pulled out from under the characters.

The party at the end of the season acts as a kind of bookend to the forest rave. This one is a bash for residents of Kevin and Patrick’s new building that is set to turn into an orgy. The mere presence of the party is enough to trigger a series of fiery, brutal emotional fights, as Patrick discovers Kevin’s still-active Grindr account. It’s classic Looking — finding the heart of a ridiculous, self-involved, uncomfortably modern sitcom plot — masterfully directed by executive producer Andrew Haigh. Haigh’s camera is in constant motion, spending much of the episode trying to get a bead on Patrick’s face, as he responds to maybe-erotic overtones from neighbors and argues with Kevin.

In particular, one lengthy shot says pretty much everything you need to know about Patrick’s emotional journey, and successfully reframes the entire season as a series of questions he didn’t know he was asking. It’s become a bit of a cliché to fawn over tracking shots, in the wake of Birdman and True Detective, but it’s not the presence of the long shot that matters (or its length) — it’s how you use it. In this case, the refusal to cut bottles up our attention, capturing Patrick and refusing to let him go, while showing only brief glimpses of the other men he’s talking to. Even when they all look up at the same person, Haigh doesn’t move with them — he knows what he wants to see. 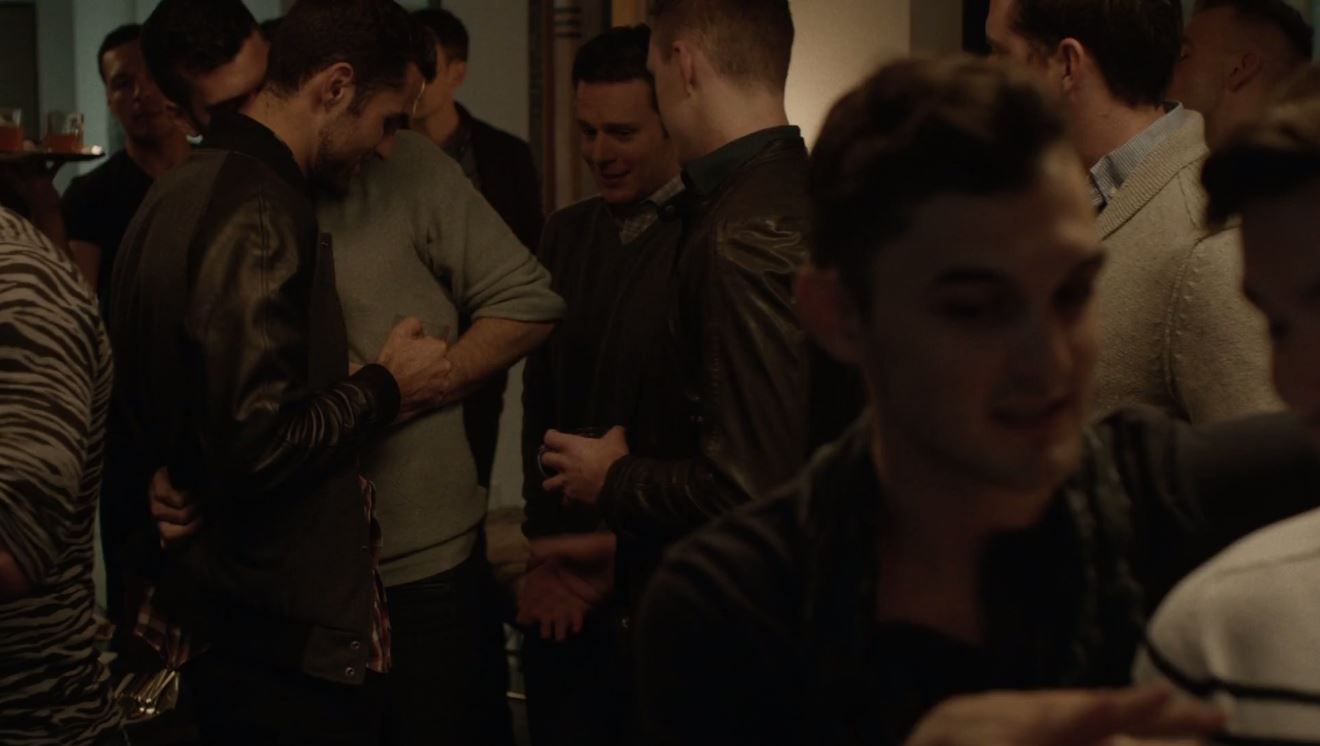 The shot begins with Patrick emerging into the crowd, after talking to Kevin. The camera dodges around him, until the moment his new friends discover the “Romford” Grindr profile (Kevin’s), at which point the camera floats up and pushes into Patrick’s face, before Kevin emerges from out of focus behind him like a weird sex monster. 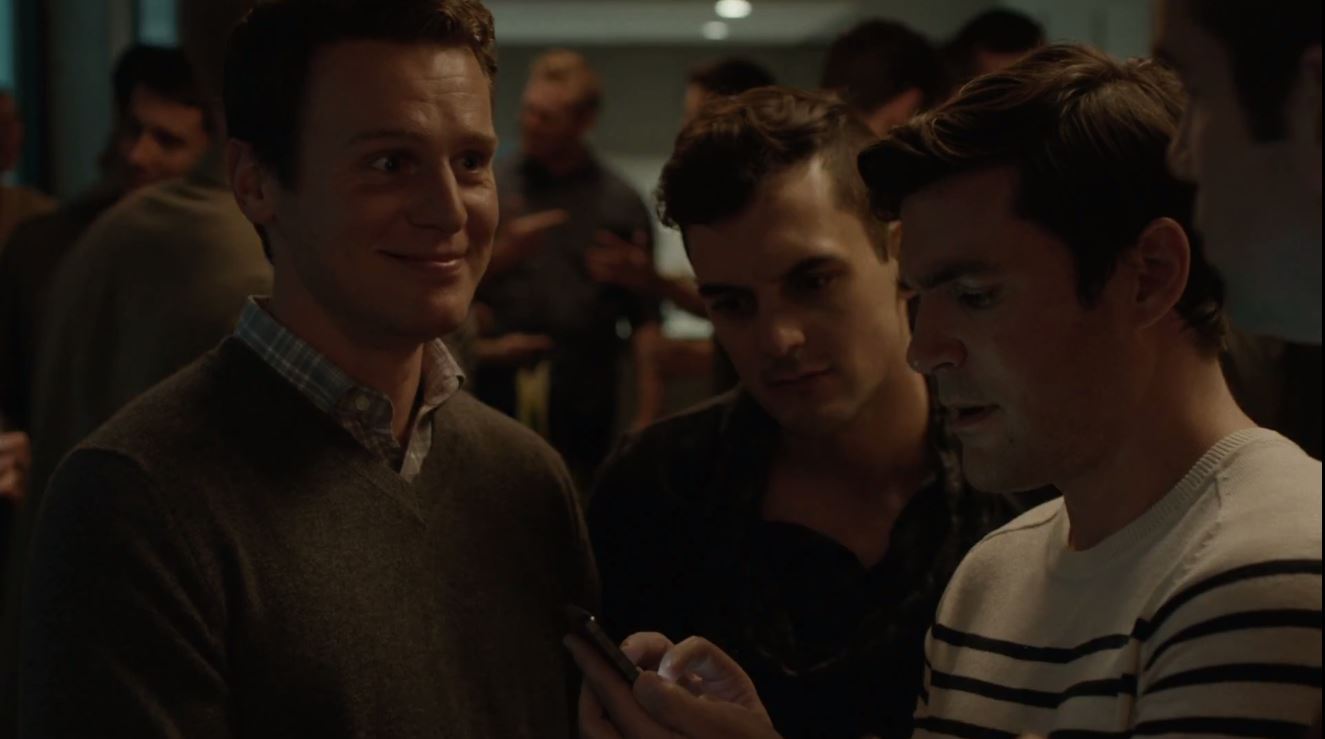 After some terse reactions, allowing Groff to play the hell out of the realization that he might not know this man — the first to ever meet his mother — at all, the end of the shot follows Kevin leaving, pulled by Patrick, the same way Patrick entered. 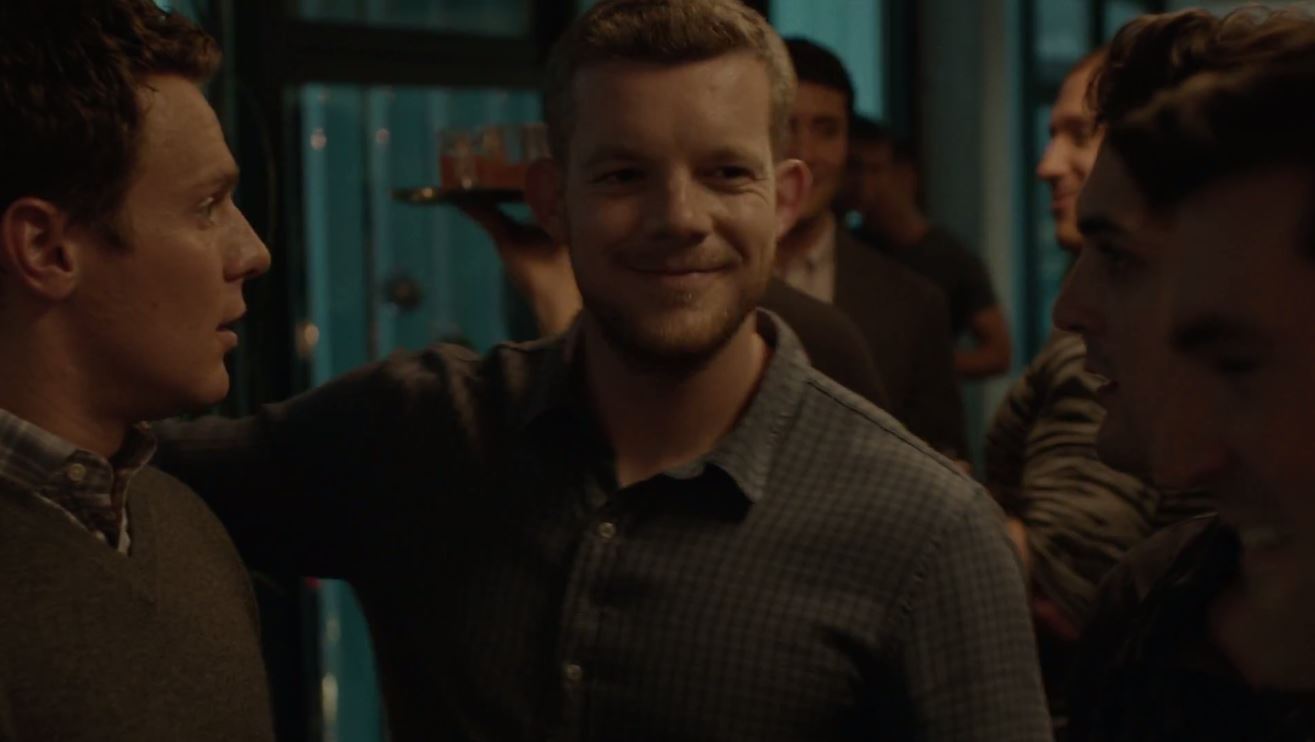 Haigh’s work in the rest of the finale, set off by this shot, manages the remarkable feat of suggesting that Kevin, a character we have spent two full seasons with, might be a total enigma, both to Patrick and to us. This kind of thing happens all the time in real life — there’s always the disquieting possibility that we can’t ever really know someone — but it never happens quite that way on TV. If a character presents one face and hides another, we usually see their real self and wait for dramatic irony. But when Kevin bares his soul (maybe), it’s not even clear if he knows who he is. His and Patrick’s apartment becomes a terrifying and unfamiliar domestic nightmare (they’ve only just moved in), giving way to a parking lot that looks more like a crime scene than the bowels of a condo building.

When Kevin tries to get Patrick to believe in him (after a hilarious edit, mercifully sparing us having to see him suggest an open relationship), Kevin is presenting Patrick with an explicit, vaguely terrifying prospect: Patrick really does have to take him on faith, something Haigh is suggesting we have to do as well. Patrick getting his hair cut by his ex, Richie, but seemingly still with Kevin, is a big, fat question mark to end a season on, and it’s something the show couldn’t have pulled off without starting at a party.

The presence of all of those bodies in the apartment building is crucial, not just to Patrick discovering one of Kevin’s secrets, or to show the apparent facelessness of everyone surrounding the unhappy couple, but also to contrast Patrick’s solitude with the cast’s unity at the beginning of the season. At the end of the finale, each of the characters is, for the most part, on his or her own, tentatively moving toward a semblance of individual identity. But it’s all uncertain, and in the harsh light of day, Patrick just has to stop partying, and maybe make a genuine emotional connection with another person. Maybe.