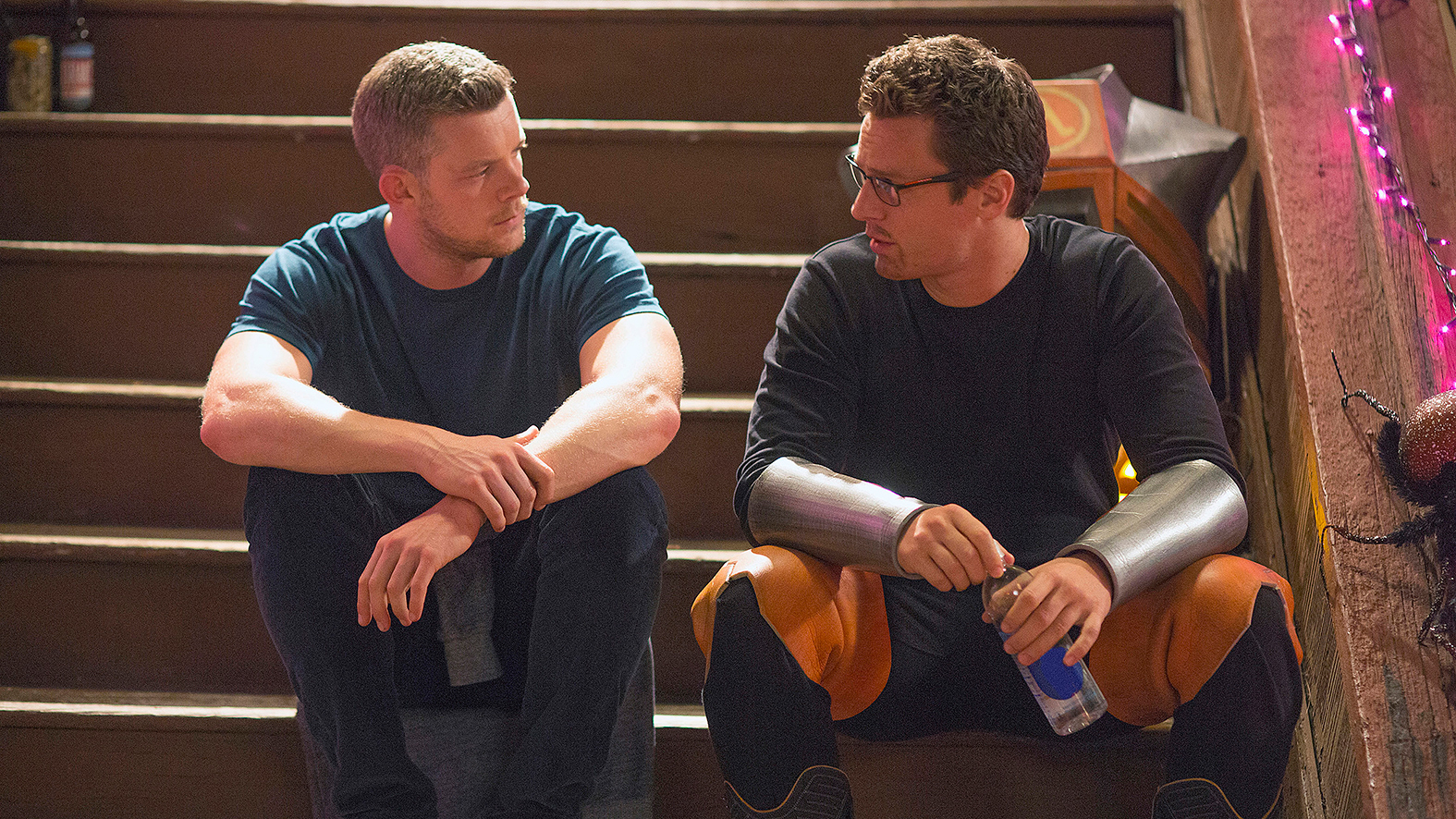 Love triangles on TV are the worst.

It’s a trope that’s become tired to the point of exhaustion. They seem to exist only to prolong artificial conflict in long-running series, forcing people to act in stupid ways. They’re terrible for storytelling. And maybe worst of all, they’re rarely actual triangles — functioning more like pendulums with a boring middle swinging between two boring ends. Really, love triangles are most fun when they’re about the divisions they create within fan bases. Which makes it all the more surprising that, halfway through its second season, the HBO dramedy Looking has breathed new life into the cliché, showing us something of a love triangle that actually feels real.

This is pretty remarkable considering that the triangle hinges on Looking’s milquetoast protagonist, Patrick (a painfully earnest Jonathan Groff), whose WASP-y upbringing leaves him unsure of how to fit into the San Francisco dating scene. His love interests are Richie (Raúl Castillo), a kind, gruff barber whom Patrick originally sees as merely a fling — unworthy of his affection, not fitting into his life plan — and Kevin (Russell Tovey), his British boss who also has a serious boyfriend. Patrick dated Richie while nursing a crush on Kevin throughout Season 1, before initiating an affair with Kevin that seemed to end at the conclusion of last night’s episode.

Though Richie and Kevin have often been posed as opposites, neither character has simply been an object for Patrick’s affection. These are fully realized people. Richie was just as much the hero of “Looking for the Future” — the series’ high-water mark — as Patrick was. And he has his own subplot with Patrick’s best friend, Agustín (Frankie J. Alvarez). For his part, Kevin reveals something of himself when he performs a childhood dance routine for Patrick.

And where so many other shows simply become “about” their love triangles–as-gimmicks, collapsing until everything else is dismissed as irrelevant (True Blood, Dawson’s Creek), Looking has a full array of characters who can sustain the show. Patrick may nominally be the protagonist, but he’s also the most boring of the three main characters, seemingly by design. Dom (Murray Bartlett) is struggling with a lack of emotional intimacy in his relationship with Lynn (Scott Bakula), while the maybe-more-than-friendship between Agustín and Eddie (Daniel Franzese) is easily the best part of the season. Even Dom’s roommate Doris gets a partner this season, one who will also eat her ass. It’s all about relationships and the way they blossom and wilt and tangle, forming complex networks of people who have all boned each other.

Lynn, the oldest character, serves as a reminder of how knotty those webs can get, and his and Dom’s encounter with a “friend” in a hot tub raises the specter of how complicated it can be to become involved with people and let them pile up in your life. Patrick literally has to navigate that history in his attempt to get over Richie, interacting with his ex and his new boyfriend at the closing of Esta Noche, a long-standing Latino gay bar.

That semi-historical event, which Patrick describes as “super Stonewall-y,” marks the end of Patrick and Kevin’s relationship, but it doesn’t happen because Patrick is somehow forced to pick between Kevin and Richie. Instead, Patrick simply wants something Kevin proves unable to give. Kevin isn’t a horrible person — he’s a guy mired in a complicated relationship that’s given a structure to his life, dealing with a deep attraction to and fiery sexual compatibility with someone who, understandably, doesn’t want to be the other man. Like Patrick, he’s more indecisive than anything else.

Each of Patrick’s relationships has been given room to develop and assume its own contours. Both Richie and Kevin have opened Patrick up in their own ways, and now one is a “friend” with smoldering chemistry while the other is a heartsick boss. There’s a surprising level of balance between the two (next week’s episode is heavily Richie-centric), coupled with a decided lack of judgment and genuine empathy on the part of the show.

Really, what makes Looking’s love triangle work so well is that the show acknowledges it’s not really about either Richie or Kevin — it’s about Patrick making a choice for himself. Most love triangle plots are about a character deciding who they want to be with. But real relationships aren’t just, or even primarily, about that kind of decision. They’re about working out what kind of person you want to be, and what sort of partner will help build that kind of life.

When Dom confronts Lynn about his emotional withdrawal, it’s because he has an idea of what relationships should be. “You shouldn’t be done,” Dom tells him. When Kevin is incapable of breaking up with his boyfriend but still wants to be with Patrick, he’s trying to figure out what kind of person he wants to be. And when Patrick tries to end his affair with Kevin, it’s because he’s “building this life for us … this future in my head.” Patrick tells Kevin he wants to be the kind of person who is capable of being the other guy, but just can’t do it — it’s not who he is. (It helps that this decision is reflective of Richie’s almost maternal relationship advice.)

Ultimately, Patrick is the cause of the end of both of his significant relationships, and the show going forward appears to be working through his lurch toward maturity rather than presenting him with an arbitrary “choice” between two options. It’s possible — even likely — that neither Richie nor Kevin is the “right” guy for Patrick. But presenting them as options is the best way Looking has found to tell a story about what Patrick really wants — about what he’s looking for.

'The Right Reasons' Podcast: 'The Bachelor,' 'Real World,' and 'The Challenge'