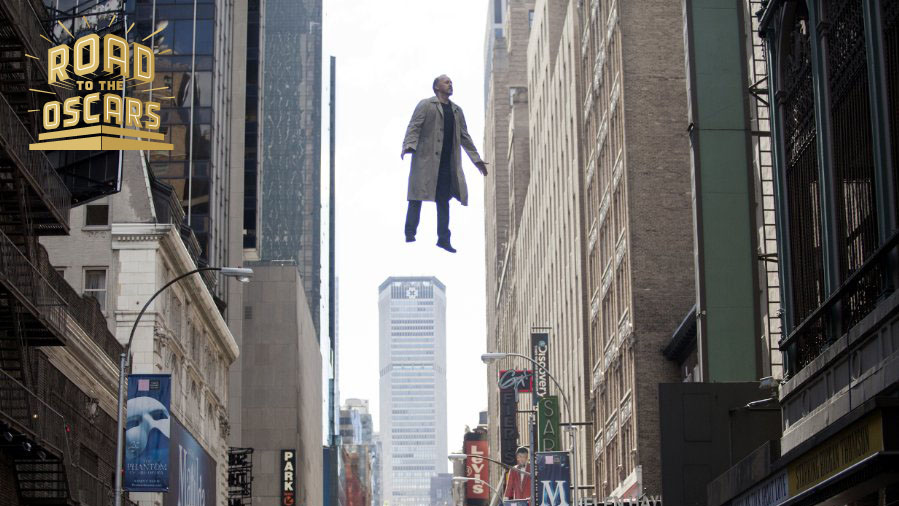 On Saturday night, the Directors Guild of America awarded its top movie prize — Outstanding Directorial Achievement of 2014 — to Alejandro González Iñárritu for Birdman. In the context of DGA history and the industry’s present and future, that award was only the second most interesting event of the evening; the first was that women, despite remaining drastically underrepresented in the ranks of working directors, managed to walk away with the prizes for Documentary, TV Comedy, TV Drama, and TV Movie/Miniseries — a virtual clean sweep.1 But in the context of the Oscar race, Birdman’s win seemed to cement its current and until recently unanticipated status as the front-runner for Best Picture. It has now won the top prizes from the DGA and the Producers Guild of America, as well as the SAG ensemble award. Separately, none of those wins is decisive; SAG, for instance, matches up with the Best Picture Academy Award winner only about half the time, and the PGA has missed four times since 2001. But put all three awards together and you have to go back to 1995 to find a movie — Apollo 13 — that swept them2 and still didn’t manage to cross the Oscar finish line.

All of our Oscar coverage!
I am not yet counting out Boyhood, which was long assumed by many of us to be ahead but now is not, although it did pick up both Best Picture and Best Director at the BAFTAs yesterday. Nor am I counting out American Sniper or The Imitation Game, either as surgers or as spoilers; the presence of those movies, plus the peculiarity of the preferential, ranked ballot3 for Best Picture, means this contest isn’t a slam dunk for anyone. Academy Awards electronic balloting started only on Friday and continues until Tuesday, February 17; although AMPAS won’t supply the data, my impression from talking to an unscientific (but not insubstantial) number of members is that most of the voting hasn’t happened yet. The packet of movies that the Academy recently started sending voters — which includes DVDs of all five foreign-film nominees, all five documentaries, and all 15 shorts — may have the effect of slowing members who want to try to catch up as much as possible. We’ll know on February 22 if this race is closer than it now looks because, for instance, there’s some kind of reaction against a Birdman juggernaut.

But why would there be? If Birdman goes home a winner, the decision will be very much in line with recent Academy tastes. In fact, given the Best Picture wins three years ago for The Artist and two years ago for Argo, it would be the third time in four years that people who make movies have given top honors to a movie about people who make movies.

The Academy has always liked theater (which is Birdman’s milieu) as a subject; the second Best Picture Oscar ever awarded went to 1929’s backstage musical drama The Broadway Melody, and in the 80 years that followed, the there’s-no-people-like-show-people award went to The Great Ziegfeld and Shakespeare in Love, but never to a movie about movies (although both The Godfather and Annie Hall did pay brief, sneering visits to Hollywood, which was depicted as a home for horses’ heads and horses’ asses).

And now, perhaps, three times in four years. Poor Harvey Weinstein. The appalling “Honor the Man — Honor the Film” campaign he’s been running for The Imitation Game has begged voters to factor in the historical importance of subject matter when the apparent reality turns out to be that Alan Turing, Chris Kyle, Martin Luther King Jr., and Stephen Hawking are all likely to be beaten by a mirror. Like Time magazine’s 2006 Person of the Year, the Best Picture winner is now always “You.” Or, as the Academy thinks of itself, “Us.”

I like Birdman very much and admire the immense craft and wit that went into it, but when it won the DGA award, I tweeted that the film was an “AMPAS-resonant humblebrag” and I’ll stick with that. This recent run of Best Picture winners is shrewd enough to know that a spoonful of self-deprecation makes the self-veneration go down much more easily. The Artist is a movie that says, my god, the changes in this business can chew you up and spit you out, but hang in there and somehow you’ll come through intact. Argo says that movie people can be hustlers and charlatans, but that sometimes folks who make up lies for a living can do a hell of a lot of good. Birdman’s smart, uniquely-right-for-this-moment variation on that is, “This has become a shitty business, but the flame that flickers inside all of us — the desire to create something good — is still lit.”

The message of these movies isn’t “Aren’t we great?” but “Aren’t we a glorious mess?” Academy members are in some ways an experientially diverse lot, but one thing 95 percent of them have in common is having worked on at least one project that ended in dashed dreams. Birdman gets that — it suggests that failure and compromise happen to the best of people and that redemption is always possible. It’s a bromide that is clearly hitting its target voting audience where it lives.

I’m not sure why, in the last four years, Oscar voters have suddenly become so determined to turn inward, although they certainly live in a world that encourages it. Every year now, awards season seems to be twice as noisy as the year before. Given the glut of mailings, screenings, DVDs, trade publications, and blogs that exist because of Oscar advertising, roundtables, preliminary awards, dinners, contrived festival honors, panels, and Q&As, it’s easy for people who live and work inside the bubble to start to believe, between October and February, that the bubble is all there is. When they go home for the holidays in December, it’s with a stack of screeners; when they self-disgustedly flee Hollywood in January, they get only as far as Sundance. And this winter, the scandal over the Sony hack and The Interview provided an unusual corroboration of the idea that what Hollywood does really is front-page news with real-world stakes. In that context, a vote for Birdman, which might have looked like an act of self-absorption back in November, may now feel more like a defiant act of self-affirmation: We’re here, we’re deeply flawed but sincere — get used to it!

Or maybe they just really love the movie. If this truly is an Oscar contest between Birdman and Boyhood, I’m not going to complain (much), regardless of the outcome. We have seen Best Picture showdowns — too many to name — between far less worthy contenders. And in a way, these two movies are perfectly matched. Birdman, after all, is a movie about someone who hopes to create something as good as Boyhood. Where Academy voters feel they live along that spectrum, which is defined at one end by frustration and at the other by accomplishment, may tell us a lot about which film they decide to embrace.