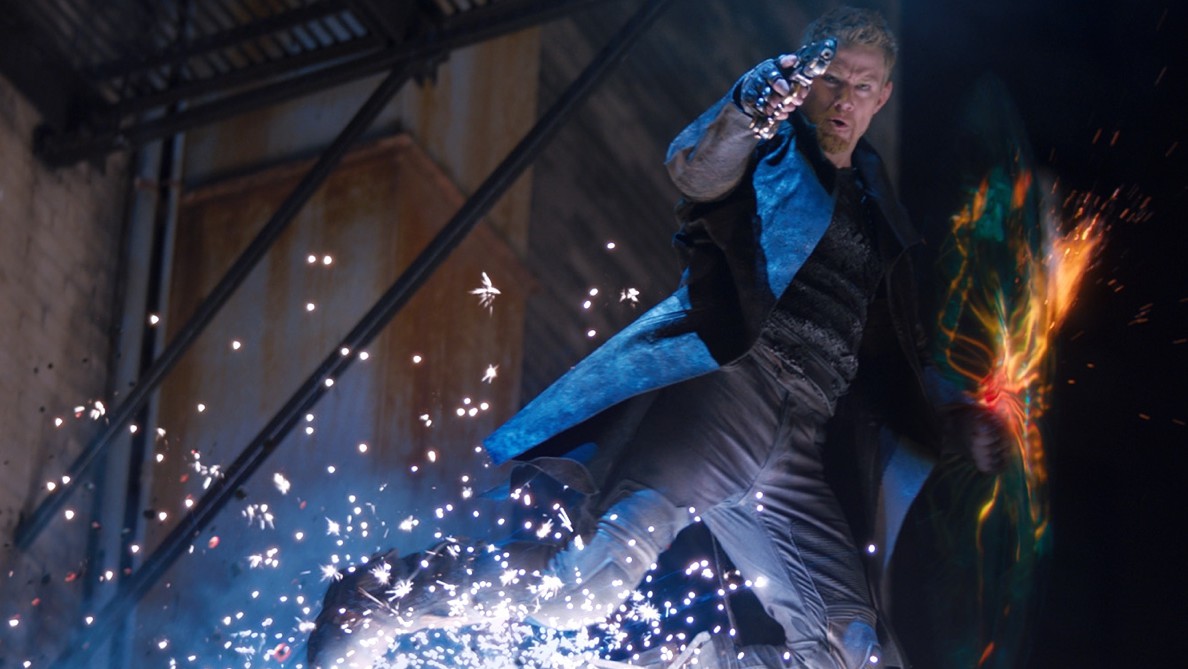 Thank you, CGI sea life, for changing the conversation! The box office had another bully weekend to start out February, keeping 2015’s golden freight-train momentum going — and for the first time in three weeks, it wasn’t entirely due to American Sniper. That’s right, you can put down all those red-state/blue-state think pieces and revel in the fact that unabashedly juvenile children’s entertainment ruled the roost at the multiplex. It feels good to be home, doesn’t it?

Thanks largely to the power of square pants, the North American box office posted another uptick — the top 10 films took in $135 million, almost 2 percent more than last year. That leaves our precocious little overachiever of a year already 10 percent ahead of our Debbie Downer 2014. Soon, proud box office analyst parents will be preordering “$11 billion, baby!” commemorative T-shirts to celebrate achievements from a year that hasn’t even scratched the heart of its terrifying lineup yet. That said, the Shannon Schadenfreudes among you can also sharpen your knives: Despite an overall rising tide, this weekend saw not one but two huge bombs. So, strap on your antigravity boots, for this weekend’s winner and losers should prove a wild ride.

Nearly 16 years ago, in the spring of 1999, a paradigm-changing franchise was born from warped minds whose frenetic aesthetic mimicked the jagged rhythms of a bad acid trip. No, not The Matrix, silly: We’re talking SpongeBob SquarePants here. About 200 episodes later, who could’ve known that SpongeBob would have more staying power than Neo (and prove more mind-altering)? This weekend, the SquarePants sequel cemented SpongeBob’s status as cultural icon with a knockout no. 1 opening at the box office: At $56 million, The SpongeBob Movie: Sponge Out of Water blew past expectations of a $35 million opening, earning instant comparisons to that mindworm of an animated film, The Lego Movie. Throw in an extra $26.8 million from overseas, subtract a reasonable $74 million budget, and you’ve got a genuine moneymaker. Not only does February now seem like the go-to launch pad for excitable kiddie films, but Paramount has got to be looking at parent company Viacom’s Nickelodeon franchises and thinking Dora the Explorer and the Backpack of Doom.

But it wasn’t all Krabby Patties1 and talking squid at the North American box office: The A-list bombs keep coming this year, and the Wachowskis gifted us with a thermonuclear explosion of crazy this weekend. Despite bumped-up IMAX pricing and the combined sex appeal of Channing Tatum and Mila Kunis, Jupiter Ascending pulled in a paltry $19 million domestic for third place. This wasn’t exactly a surprise after Jupiter got pushed from last summer to “finish” its visual effects, the studio equivalent of flipping the sofa cushions to hide one too many beer stains. In short, Jupiter had gone through multiple re-shoots to “clarify plot points,” perhaps because space operas about rocket-booted wolfmen who rescue reincarnated queens from the Abrasax dynasty defy our intuitive notions of storytelling. Then, research screenings in April 2014 indicated Jupiter didn’t go over so well and Warners Bros. head of marketing Sue Kroll — whose word is pretty much law there — said she couldn’t sell it in that state. All that plus the February release date left Jupiter smelling a little too ripe for box office watchers to ignore.

Sure, $19 million and third place doesn’t sound as bad as Mortdecai’s $4.2 million or Blackhat’s $3.9 million nose-dive debuts, and its $32.5 million international haul should help take some of the bite out of the film’s $176 million price tag. (Though take that number with a shaker of salt; Deadline says it’s more like $210 million.) Still, even though Forbes points out that the budget level puts the Wachowskis’ latest in the company of such notorious bombs as John Carter and Battleship, Jupiter Ascending actually opened worse than either of those films. While Jupiter Ascending gets brownie points for the sheer audacity of its insanity, this is three strikes for the Wachowskis after Cloud Atlas and Speed Racer. After a certain point, the number of “bad Wachowski films” starts to outweigh the good. So even the creators of The Matrix may find themselves in directors’ jail for a long while. Thank god for Netflix, though.

OK, I’ve put this off as long as possible. Yes, American Sniper kept grabbing fistfuls of dollars this weekend. SpongeBob may have schooled Eastwood’s controversial war opus, but it still pulled in $24.2 million for second place in its fourth weekend of wide release. That puts it at $282.3 million (and $361 million worldwide), which technically makes American Sniper the third-highest-grossing North American film of 2014 after The Hunger Games and Guardians of the Galaxy. As much as “SpongeBob Pantses Sniper” makes great click-bait, Sniper dropped only 21 percent from Super Bowl weekend, could pass $300 million later this week, and should keep playing well through the Oscars. This is far from the end, my friend.

Maybe only I call Sergei Bodrov that; probably no one else will after his Seventh Son opened to a bummer $7.1 million this weekend. Originally set for release in February 2013, Seventh Son looks like another case of Hollywood letting questionable goods spoil on the shelf while waiting for a new release date. Again, the rest of the world somewhat came to the rescue: Seventh Son had already made $83.6 million since opening internationally in December, and an eight-figure investment by China Film Group didn’t hurt. But at a cost somewhere in the $90 million to $100 million range, this unintentional mashup of The Big Lebowski and Game of Thrones probably won’t win any Little Lebowski Urban Achievers certificates anytime soon. At least Julianne Moore can comfort herself with her Still Alice Oscar nomination. As for Jeff Bridges — well, he can just keep abiding.

Kanye Lets Beck Finish, and Other Tragedies: A Running Diary of the 2015 Grammys