Requiem for a Speed Racer: In Praise of ‘Bad’ Wachowski Movies 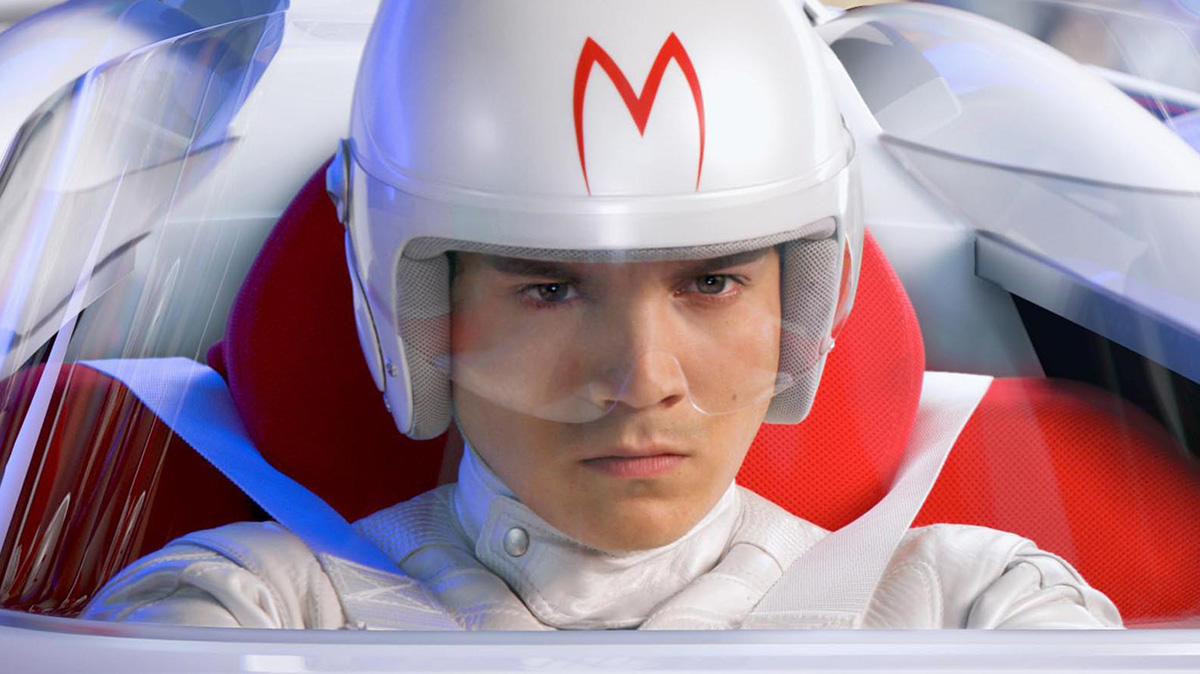 There’s still a chance the Wachowskis’ Jupiter Ascending isn’t a bad movie, but there’s almost no chance it won’t be received that way. It’s had the appearance of badness ever since Warner Bros. bumped it from high blockbuster season to purgatorial February. Your more-on-top-of-things film-blogger types undoubtedly already have their “Can the Wachowskis Be Saved?” think pieces locked and loaded, with TKs where the disappointing opening-weekend box-office numbers go. It’s a movie about a Chicago cleaning person with a Very Special Destiny (Mila Kunis) and the extraterrestrial albino half-wolfman (Channing Tatum) assigned to safeguard her from malevolent immortal cosmic oligarchs in funny hats (Eddie Redmayne, playing somebody named “Balem Abrasax” and possibly Pluto Nash–ing his shot at an Oscar). The words “ridiculous” and “Waterworld” have cropped up in early reviews. It might still become a cult film; it probably won’t make back the $175 million it reportedly cost.

In another era, the Demographic Formerly Known as Nerds might have rallied behind Jupiter Ascending on general space-opera principles; these days, spoiled-for-choice genre fans are as ruthless as any studio exec when it comes to writing off would-be franchises whose futures look dim. (Everybody loves to complain about superhero glut and remake mania depriving original sci-fi ideas of oxygen, but nobody wants to be that one kid on the playground who’s still talking about Jaegers and kaiju in 2015.) Even the Wachowskis themselves seem to sense this is the end of something. “We’ve been lucky,” Lana told The Wall Street Journal last week. “People at studios have been interested in our crazy, strange brand of complexity. And we’ve been allowed to keep making them. Will that continue? Probably not.”

I’m of two minds on this one. As difficult as it is for me to imagine the Wachowskis making a movie for $8 million — or even $30 million — I’d like to see them have to try. (Their forthcoming Netflix miniseries, Sense8, said to feature “crazy psychic orgies with all sorts of different bodies” and footage of a live human birth, sounds like a step in that direction.) But I also hope people keep on giving them giant piles of money to burn in foolhardy high-concept ways. There’s no shortage of filmmakers out there who can competently shepherd time-tested intellectual property through the reboot process, but there are only a few with the Wachowskis’ totally bonkers yen for world-building. A risk-averse climate is bad for sci-fi; no one who’s nervous about making the next Zardoz will ever create the next Star Wars. More to the point: Go back and rewatch the two “bad” movies on which the Wachowskis supposedly squandered all the popcorn-auteur latitude the nearly $600 million domestic–grossing Matrix trilogy bought them. Speed Racer and Cloud Atlas are inarguably miscalculated movies — Cloud Atlas pretty spectacularly so — but they’re also bold and unapologetic in their more-is-moreness. The last thing this duo needs to do is dial it back. 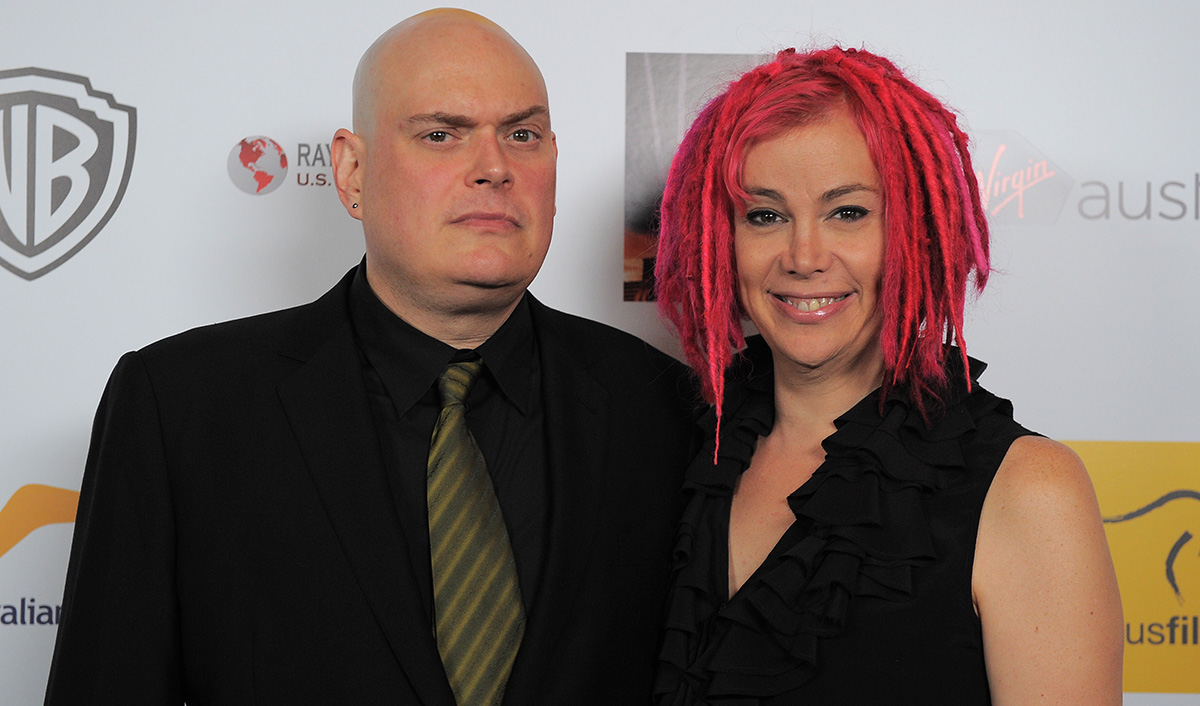 At this point, reappraising 2008’s Speed Racer as an underappreciated masterpiece almost doesn’t count as a contrarian take; Tumblr-generation cineastes for whom the similarly manic-panicky Crank: High Voltage, Enter the Void, Spring Breakers, and The Lego Movie were formative cinematic experiences may not even get why it ever needed defending. The early reviews were fairly terrible, and Emile Hirsch fired his agents the Monday after it premiered. As a blockbuster, it was hopeless. But as a sensory experience, it’s a perfect object. I once spent a winter vacation fighting seasonally affective gloom by drinking tons of coffee and playing the PlayStation game Ape Escape while listening endlessly to Prince’s Around the World in a Day. Speed Racer on a loop might have effectively substituted for all three. The moment the WB logo pops up veiled in bands of kaleidoscopic color, you know you’re watching a movie whose chromatic palette will be a character, the way it was in Warren Beatty’s equally underappreciated Dick Tracy. It’s a pointedly anti-realistic treatment of material to which more self-conscious filmmakers might have felt the need to add darkness and grit. The Wachowskis aren’t the least bit embarrassed by the material’s Saturday-morning roots; a stylistic grammar this deliberate and overbearing is a language of love. Like Sin City on Ecstasy, the movie bounces live humans around a series of rainbow-bright green-screen play spaces, each more gorgeously artificial than the last. The racing sequences evoke the world under the glass of a pinball machine, as experienced by the ball; the flashbacks to Speed’s childhood are straight out of Mickey’s Toontown, a molded-plastic suburb that’s the most Uncanny Valleyish part of Disneyland; the desert is made of Dorito dust. I would bet money that there was a two-week period during which Kanye West told everyone this was the greatest movie ever made, even parking attendants.

It’s not — there’s no non-insane reason why a movie with a story this thin needs to be 135 minutes long, particularly one that’s nominally for kids. But if you skip past the draggy scenes at the Racer family’s atomic-ranch homestead, you’ll miss Susan Sarandon telling young Speed (Hirsch, an island of soulful quiet amid all the noise) that watching him on the track is like “watching someone paint or make music. … I go to the races to watch you make art.” It’s a moment that articulates what this movie’s about better than anything except maybe the part where Spritle (Paulie Litt, little-brotherishly intolerable) and Chim Chim the monkey binge on candy and spin through sci-fi Bond-villain tunnels of Royalton’s lair in a stolen golf cart while the guitar solo from “Free Bird” wails.

The golf-cart gag is noteworthy because it’s an interruption; when it happens we’ve just watched the villainous businessman E.P. Royalton reveal to a shocked Speed that automakers and industrialists have been colluding for decades to fix the annual Grand Prix race. That moment where a character is taken into a room and informed that Everything He Knows Is Wrong is a Wachowski staple, but Royalton’s villain-reveal speech to Speed about “the unassailable might of money” is Neo’s meeting with the Architect recast as a critique of capitalism. Cut to a kid and his monkey freaking out; there’s an earnest attempt being made here to reconcile the baked-in cynicism of entertainment aimed at kids with the pure anarchic joy of their response to it. Later, when Hirsch jumps out of the Mach Five and strikes the iconic Speed pose from the original 1967 cartoon for the first time, he’s interrupted by stock-ticker graphics that scroll across the screen like Matrix code — the unforgiving forces of big business, stepping on our hero’s moment. The movie’s heart is in the right place in so many ways that it’s almost possible to ignore its weird racial politics. Backsliding from the Matrix movies’ pan-ethnic future — in which the sheer number and variety of nonwhite characters onscreen made up for the Wachowskis’ corny tendency to make all of their magical keymaster/gatekeeper types black or Asian — Speed builds a theme park derived almost completely from Asian pop culture and populates it with exclusively white leads. Korean pop star Rain made his English-language debut in a forgettable supporting-good-guy role, but “Trixie Shimura” is played (quite charmingly, but still) by Christina Ricci, and nearly every other non-Caucasian is either an exposition-spouting helpmate or a disposable Dick Dastardly to be run off the track, like this guy. And I suppose he counts as a stereotype-defying depiction of a Viking. 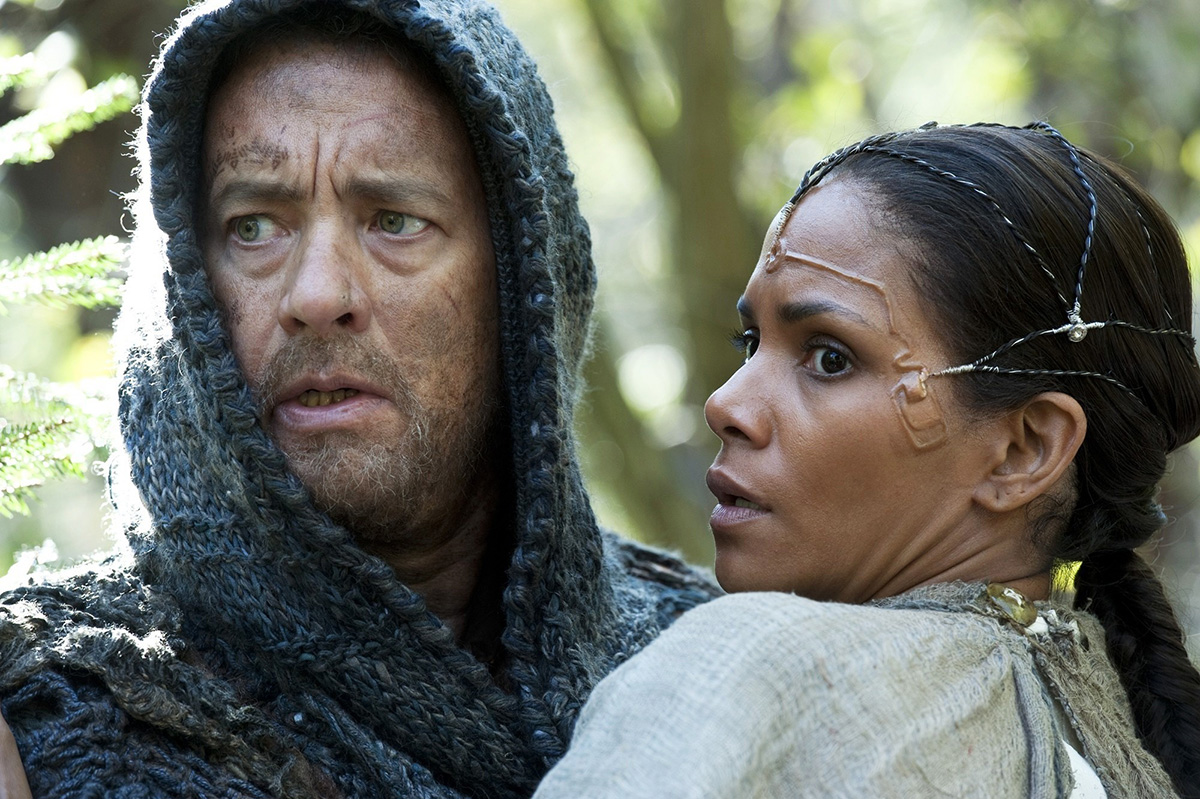 That tone-deaf color blindness — an approach to casting on par with Stephen Colbert’s character blithely asserting that he doesn’t “see race” — becomes a deliberate motif in the Wachowskis’ next film, 2012’s epic and epically odd Cloud Atlas, in which six stories unfold across a 500-year timeline and every lead actor in an ensemble led by Tom Hanks and Halle Berry gets a chance to slap on a rubber nose or a set of epicanthic-fold prosthetics and transcend ethnicity. Seven Halles Berry, six Toms Hanks, multiple Jims Broadbent and Keiths David and Hugos Weaving: The end credits, one “That was him/her?” reveal after another, play like an In Memoriam montage, or a “For Your Consideration …” ad (no one was nominated). It’s a well-intentioned experiment whose results range from distractingly hilarious (Hanks as a Sexy Beast–style British gangster with gold teeth) to, y’know, #problematic (the great Bae Doona playing a Latina caricature that might have felt a little broad on In Living Color; Hugh Grant as a postapocalyptic native, painted up like David Lee Roth on the cover of Eat ’em and Smile).

More importantly, the recurrence of familiar faces literalizes the links between characters whose connections felt largely metaphorical in David Mitchell’s 2004 novel, encouraging us to see each Berry or Hanks as the literal reincarnation of the others. It’s a nearly deal-breakingly hokey way of illustrating the movie’s essentially unobjectionable thesis, which is that despite humanity’s genius for destruction and butchery, we’re all interconnected and inseparable (“What is an ocean but a multitude of drops?” one character asks, because it’s that kind of movie) and the smallest kindness can vibrate across the whole web of human experience. Only a few actors (Weaving, Ben Whishaw, and James D’Arcy) swap genders, but it’s hard not to read the movie as something like a philosophically autobiographical work on the part of Lana Wachowski, who came out as transgender the year it was released. The notion that certain human bonds can transcend mortality and incarnation also unhooks destiny from biology, positing that our bodies are not our selves.

The film iPod-shuffles the orderly nesting-doll chapters of Mitchell’s book, bridging scenes set hundreds of years apart with a visual rhyme or a line of overlapping dialogue (“From that point on, there was no going back.”) That’s standard crosscutting technique, but it’s also a specific filmic touch that shows up all over Watchmen, written by Alan Moore, whose V for Vendetta the Wachowskis adapted for director James McTeigue in 2005. Cloud Atlas sometimes feels like one of the countless sprawling, self-consciously literary graphic novels that followed in Watchmen’s wake. Even when it’s pretentious and overreaching, it strives to make full use of the expressive potential of its medium. Not one of the six stories contains enough tension or surprise to work as a stand-alone movie, but after repeat viewings I’ve convinced myself that the generic quality of the individual segments is a feature, not a bug; the six threads are fake movies, and the real movie exists only by holistic implication, a film you can feel but not see.

For the first two hours, that film feels too long, but the final third is pretty great; the last 40 minutes are essentially six somewhat hokey dramas reaching simultaneous climax, and it’s hard not to get caught up in the pure cymbal-crashing 1812 overkill of it all. It’s a failure, but it’s a hugely ambitious one; there’s more invention and humanity on display than there was in any of the 2012 blockbusters that vastly outgrossed it. This is why it’s a bummer that the Wachowskis may not get another chance to make a work of Jupiter Ascending’s scale again; no one else has such lofty ideas about what huge movies can say. From an economic standpoint, it’s hard to make the argument that we shouldn’t cede the territory of the special-effects blockbuster to pure technicians, but what you get when that happens is a movie like Interstellar, in which the soulless but hyper-competent Christopher Nolan ponders all of time and space and sees only a Rubik’s Cube. The Wachowskis hear a symphony.