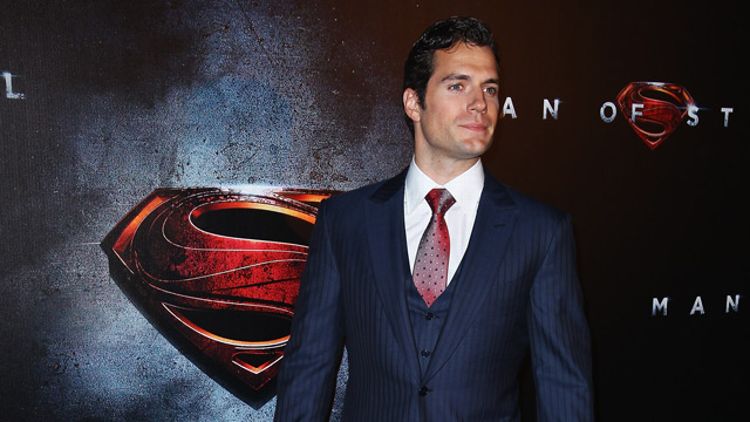 Why Did Kaley Cuoco & Henry Cavill Break Up? The Big Bang Theory star and new Superman have already split, after several mysteriously convenient photo ops. Sources claim the relationship was real and so is the breakup. “That’s how Henry works. He gets invested in a girl but drops her when another stunning woman shows interest.” Up, up, and away!

Jay-Z & Robert De Niro Still Have Beef: After De Niro called out Jay-Z on never returning a phone call, Jay-Z responded, “It doesn’t matter who you are, everyone has to be respectful,” but admitted he hadn’t called Bobby back yet.

Lamar Odom’s Mistress Spills All: Jennifer Richardson claims “her relationship with Lamar wasn’t merely sexual; she insists they shared a close emotional bond too.” Richardson says she boinked Odom on Christmas Eve. “He told me on many occasions that he loved me. And I honestly felt the same way.” To throw extra dirt on Khloe, Richardson claims “Lamar talked a lot about having a baby with me.” Khloe and Lamar were separated, with Khloe pleading with Lamar to move back in. “But the newest claim, that Lamar carried on a long-term affair with Jennifer, has had a huge impact on her. She just can’t ignore it any longer. She’s completely overwhelmed and is seriously considering ending the marriage.”

Jake Gyllenhaal Dating a Model: Gyllenhaal has been dating model Alyssa Miller for at least a month. “He couldn’t be happier. She’s a great girl.” He was spotted introducing Alyssa to his mother, screenwriter Naomi Foner. “He couldn’t wait to introduce her to his mom. He thinks she could be The One.” DON’T TELL TAYLOR.

Misc/Etc: “COMEDY’S CUTEST COUPLE” “he’s a married father with no business hanging out with drunk women” “So much for growing old gracefully!” “ruined her cute-as-a-button good looks” “with a shaman after the supermoon” “Well, it has me in it, darling” “the future Betty Draper perfected her sultry scowl” “he beelines for the woman with the largest rack, then works his way down by cup size” “Swag ‘O The Irish” “She always liked the idea of being married” “WAR OF THE GRANNIES”

Beyonce Doesn’t Take Magazine Relationship Advice: “If you have to read those lists, you’re already in trouble.”

Olivia Munn on a Cheating Ex: “I can’t imagine why he was cheating. I was really good at faking it!” Munnheads 4 life!

Alyssa Milano: “Baseball is my escape.”

David Spade Is the Last Party Animal: While filming Grown Ups 2 Spade says “I was the only one saying ‘Why is everyone going home? It’s only 4 a.m.!’ I’m that pathetic guy.” YOU MEAN COOL GUY.

Sofia Vergara Loves Makeup: “Unless you’re Gisele Bundchen or 19,  you need something.”

Misc/Etc: “It was very much sort of like high school. I would hope that in our thirties it wouldn’t feel like that anymore.” “I’m always like, ‘More blush!’ Then I see myself in pictures and I’m like, ‘I did too much!'” “Katy Perry, a Christian rock goddess?” “I took my eldest tandem paragliding when he was 3 years old” “But when I turned 30, I realized what an idiot I was. I didn’t know shit about anything.” “strutted as a pregnant hooker” “whale meme, anyone?” “Channing kept saying ‘More meat!'”

Justin Bieber’s Public Pee Shocker: “Justin Bieber’s immature antics have made headlines yet again.” A clip of “the pop star urinating into a mop bucket at an unidentified NYC eatery” has gone viral. In the video “Justin’s pals callously laugh and dub themselves ‘wild kidz.'” How can you hear the z? One friend says “That’s the coolest spot to piss” and “jokes that the restaurant should be honored that Justin, 19, chose to urinate in their establishment. Justin then squirts cleaning liquid at a picture of Bill Clinton as he races out, randomly yelling ‘Fuck Bill Clinton!'” He apologized to Clinton on Twitter, but I bet you Bill pissed in a mop bucket or two when he was drunk and 19.

Nicki Minaj Doesn’t Exercise: “I don’t work out. I hate it. I tried it, and I lost my boobs.”

Jason Sudeikis: “My college crush on Ellen DeGeneres was 100 percent real. It was the gorgeous blue eyes. And she’s hilarious. That’s all it takes for me.”

Brandi Glanville: “I got drunk. It’s not murder.”

What Is Dating Like for The Bachelor Host Chris Harrison? “It’s honestly something I never thought I’d go through again. Women are more aggressive than I remember!” Does he want to settle down again? “Sure. I am really enjoying being a single dad … but if someone really special knocked me on my butt and blew me away, then of course. But I’m not in a hurry. It’s probably not such a bad thing after 22 years to date around a little bit.” People give him roses constantly as a joke. “Every time I’m at a bar or restaurant, people come up to me with one. They think it’s funny.” And they are right.

Misc/Etc: “One of Hollywood’s most famous redheads” “All I was going to do was let him eat me” “John Travolta, 59, boogies with shirtless studs” “Like every girl, I want to look gorgeous and feel like a princess” “immune to the dreaded U-word” “Privately she’s freaking out” “There was visible tension between them” “I saw her butt and boobs — the whole thing. It was pretty weird, but it was like nothing to her.” “SCRAMBLED EGGS ICE CREAM” “enjoying drinks and local lake fish” “She has a large following in the young Hollywood scene” “no tattered jeans and grungy tee?”

Are Ryan Gosling & Eva Mendes Over? The hottest couple in Hollywood may be “taking some space.” Over the Fourth of July, “superhunk Ryan Gosling spent a relaxing night with his mom and friends” while “Eva Mendes was at a downtown New York City hotspot with three guys.” Friends “worry that their relationship is near the end.” Eva has been “acting aloof, not returning a lot of Ryan’s calls and texts. It’s Eva’s call whether they can give things another chance. I don’t think Eva knows what she wants to do yet.” Why would anyone stop texting Ryan Gosling back? Well, because “mutual jealousy has led the couple to almost break up a few times before and Eva is worried Ryan may have cheated on her.” Ohhhh. “Eva feels like every girl in the world is obsessed with her man. It’s teenagers, cougars, models, actresses, waitresses, everyone!” Men like him too! A friend says she’s “not sure if they’re taking a break because she really wants to be done, or she’s teaching him a lesson or trying to make him not take her for granted.” There are plenty of girls who’d be happy to jump in line, including Ashley Benson from Spring Breakers, who recounted meeting the Gos: “He’s so hot. He was talking to me and I didn’t hear what he was saying. I just stared at him.”

Joshua Jackson’s Relationship Philosophy: “Lots of poets have spilled lots of ink, but so far as it occurs to me, if you’re willing to put in the time and the work, everything else comes naturally.” Pacey … [swoon].

Misc/Etc: “Rihanna’s Please Look At My Abs (aka Diamonds) tour hit Vienna” “Your pets, like your partners, should be chosen with care” “She’s clever and witty and smarter than me. It’s a great balance.” “How many of your teachers wore Alexander McQueen?” “he’s so special and beautiful” “KEEPING EXOTIC PETS AT HOME” “an order of fried green tomatoes” “The source said their behavior was typical of a couple out on a date” “Chris and Gwyn have their ups and downs like other couples” “have a mini jam session making up silly songs and funny limericks”