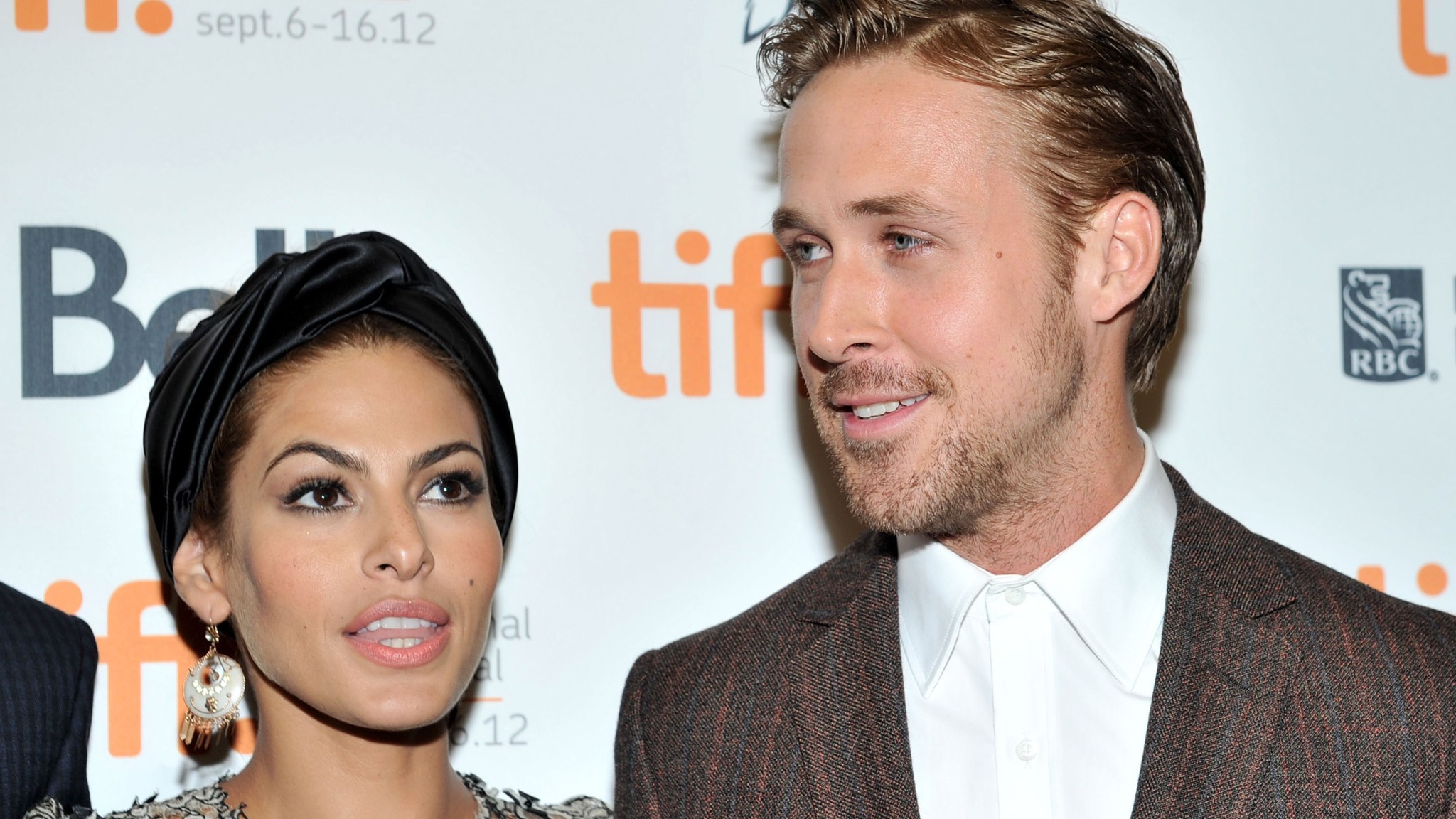 Early Wednesday morning, OK! broke news, and hearts. Eva Mendes is pregnant with Ryan Gosling’s baby. The two have been dating, with a few intermissions, since 2011. OK! claims she is seven months pregnant, which, if true, means she would have a pretty noticeable belly at this point. Recent photos of Mendes are scarce, but Hollywood Life believes these photos from mid-March indubitably show a baby bump. Maybe my contact lenses are not strong enough, but I beg to differ, Hollywood Life.

It’s important to note that neither Mendes nor Gosling have actually released a statement, so we have to trust the anonymous sources of Us, People, and the Daily Mail. As if the news of impending fatherhood for Gosling were not revelatory enough, Blind Gossip heightens the intrigue by suggesting that the pregnancy (or a pregnancy that sounds a lot like this one) has remained covert because he refuses to fully commit, while her Catholic background has her wanting to get married before the child is born. Luckily, if she’s actually seven months pregnant, we won’t have to wait much longer for clarity. The true sadness of this story is that a rekindling of Gosling and his OTP Rachel McAdams does not seem to be in the cards.

George Clooney Wedding News of the Week: Cloondog vs. the Daily Mail

George is not happy with the Daily Mail. Earlier this week, it ran a story claiming that Amal Alamuddin’s mother did not believe Clooney was fit for her daughter on religious grounds. I’d link to the story, but George got the site to take it down after publishing a scathing and furious op-ed in USA Today. The article is the apotheosis of George. He begins with a self-aware, jovial précis:

If they fabricate stories of Amal being pregnant, or that the marriage will take place on the set of Downton Abbey, or that I’m running for office, or any number of idiotic stories that they sit at their computers and invent, I don’t care.

So George Clooney definitely checks what Tina Brown once called the “best human-interest garbage.” Stars — they really are just like us! He then goes on to explain why he decided to engage with this particularly malicious story:

The irresponsibility, in this day and age, to exploit religious differences where none exist, is at the very least negligent and more appropriately dangerous. … [T]he idea that someone would inflame any part of that world for the sole reason of selling papers should be criminal.

If this one story elicits such a response from George, we can only imagine the extent of his disdain for the video that allegedly precipitated the Benghazi attack. Only this guy would find a way to seemlessly transition from the vapidness of tabloids to the truly troubling nature of geopolitics. George Clooney is more perfect than father-to-be Ryan Gosling. And yet, he’s not done.

I’m the son of a newsman; I accept the idea that freedom of speech can be an inconvenience to my private life from time to time.

If you were at all concerned that his time in London and Lake Como may have weakened George’s connection to American culture or his respect for our governing system, you’ve been disabused. Even in a moment of personal crisis, Clooney values and honors the spirit and the letter of the Constitution. He’s an American hero.

Salacious Video of the Week: Is This Angelina Jolie on Heroin From the 1990s?

The National Enquirer has published a video of what it says is Angelina Jolie on heroin from her wild period two decades ago. The video comes from a guy who claims he was Jolie’s drug dealer back then, and that he shot this video with her permission. I’m guessing he did not get her permission to sell it to the National Enquirer. She probably also did not condone his going on to discuss her sex life, specifically her sex life with Billy Bob Thornton and former Foxfire costar Jenny Shimizu. Allegedly, Billy Bob was embarrassed by the size of his penis, but Angie found it to be more than sufficient.

Dubious Couples of the Week: Zac and Michelle, Sofía and Joe

Last week, Zac Efron and Michelle Rodriguez were merely gallivanting around the waterways of Sardinia aboard some rich guy’s boat, recording 15-second choreographed dances. Things have escalated quickly. Now they’re making out! According to E!, they first met on vacation a couple of years ago in Turkey and hooked up then as well. All of these photos seem a little too perfect. Among the profusion of pics available from this trip, both on Instagram and from paparazzi, neither Zef nor Rodriguez have seemed perturbed, surprised, or unprepared to be photographed. Hmm … perhaps this is not true love. Or even true lust.

The other surprising couple this week are the recently unbetrothed Sofía Vergara and Joe Manganiello. I guess she has rebounded quickly after ending her engagement to rich guy Nick Loeb in May. Apparently, Sofía and Joe met for the first time at the White House Correspondents’ Association dinner, but the party line says he has been “smitten” for much longer. The day after Us exclusively confirmed the relationship, it also accessed exclusive photos of Vergara and Manganiello impersonating what celebrities trying to go unnoticed might look like. If the photos are evidence, they failed. Don’t get too attached.

Fifteen years have passed since Jessica Simpson and Nick Lachey released “Where You Are” together. Despite divorce, failing to recognize that canned tuna comes from the fish, a minor scandal (her dad’s affair), a terrible brother-in-law (Pete Wentz), a questionable boyfriend (Tony Romo), and poor casting (The Dukes of Hazzard), she is somehow still famous! And now she is married once again. Simpson finally got hitched to the father of her two kids, Eric Johnson. Daughter Maxwell was the flower girl, while son Ace was the ring bearer. Ashlee was co–maid of honor. The other was mom Tina. Having attended numerous weddings this year alone, I feel safe saying that is just not normal. It’s also cruel to draw attention to Tina’s singlehood after her divorce from Joe Simpson. Does Jessica not have any other friends? Where was Cacee Cobb?

Celebrity Having the Most Fun This Summer: Rob Gronkowski

When not training for the coming season, NFL tight end and frat-guy-you-most-want-to-hang-out-with Rob Gronkowski is going to concerts. He’s not on that festival circuit; his brand of bro is not quite right for Coachella or Lollapalooza. Rather, he’s catching up with the biggest female pop stars: Beyoncé, J.Lo, and, most recently, Katy Perry. He also danced on Whose Line Is It Anyway? There is no joke here. Gronkowski is neither laughing with us nor laughing at us. He’s just being Gronk.

In Defense of the Worm-Eye: 'The Strain' and Gross-Out Horror Art

The Emmy Nominations: Rivalries, Snubs, and What the Academy Got Right (and Wrong)