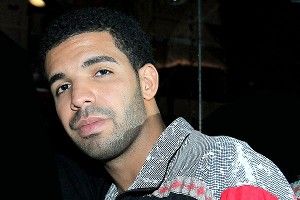 Amazingly, both of New York City’s major tabloids — the Post and the Daily News — devoted their front pages today to Drake and Chris Brown’s club melee. The story seems to still be evolving, but as it currently stands: Drake and Brown were both at “the club,” with their own crews, independently; Brown, cheekily, sent over a bottle of champagne; Drake returned the champagne with a note reading either “I’m still f—–g Rihanna,” their mutual ex, or “I’m f—–g the love of your life”; Brown got pissed, words were exchanged, shirts were removed, bottles went flying; and blood. Was. Shed. Seriously, check out this photo of this random Australian tourist caught in the middle. Pretty gnarly stuff! (I bet you $10,000 Drake sends her flowers.)

OK, but let’s get to the point here: did the Post and the Daily News — both famous for their irreverent, pun-based headlines — do the rich, manifold story justice?

The Daily News went with a fairly straightforward bit of punmanship:

One could argue all day whether it’s fair to lump Drake in as an R&B artist for the sake of a headline when he’s clearly a rapper first, but for the most part this works: It’s blunt, it’s quick, it rolls off the tongue. You get the feeling with a headline like “R&Beef” that it was the very first suggestion thrown out in the edit meeting, and then everyone spent 45 minutes shouting out other ones before ultimately going back to the safe option. You can’t be mad at it. You can’t be particularly inspired by it, either.

The face that launched a thousand bottles! — Chris Brown, Drake in wild club brawl over Rihanna

That is a reference to Helen of Troy of Greek mythology fame! Very high-brow! Very impressive. OK, the Post clearly wins this round. While we’re here though, maybe we can try and think up some tabloid-esque headlines of our own? I’ll go first. Let’s just rattle ’em off here now. No judgment, no judgment.

Make me a job offer, Post/Daily News. Make me an offer.

Nicole Scherzinger Attempts to Resuscitate Her X Factor Dreams in the U.K.

Songs of the Week: Superchunk Go Summering, David Byrne and St. Vincent Form Like Voltron, and French Montana Kindly Requests You Pop That