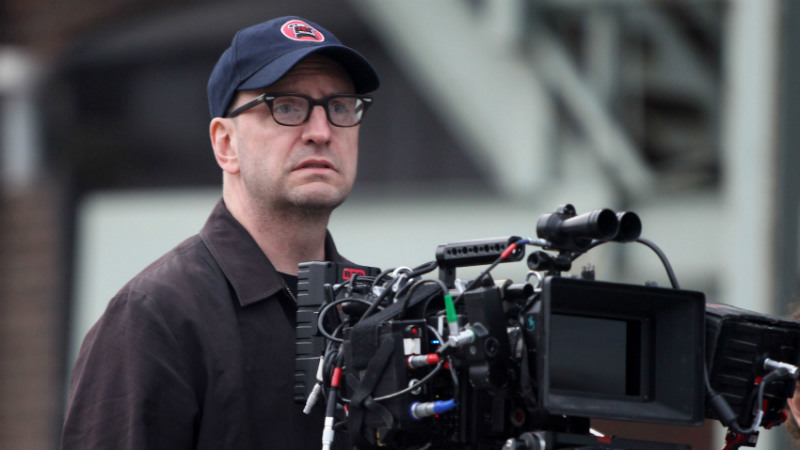 Behind the Candelabra worked out pretty well for Steven Soderbergh, Emmys- and Golden Globes–wise, so why not keep sidestepping the standard Hollywood path whenever possible? In keeping with his “making big-budget movies is the hugest bummer nowadays” mind-set, the Oscar-winning Traffic director will helm his first Off Broadway production this spring. Titled The Library, the drama was penned by theater newbie Scott Z. Burns, who wrote Soderbergh’s Contagion, The Informant!, and Side Effects.

Also a stage newb is The Library’s star, Chloë (Grace? Our culture seems to be at a standoff re: when to use/not use her middle name, not to mention the umlaut …) Moretz, who’s stayed busy since her career kicked off when she was 7, often gravitating toward the grim or at least vaguely grisly. Recently she’s done Carrie, the Kick-Ass movies, Tim Burton’s Dark Shadows, and Martin Scorsese’s Hugo. Here Moretz will play a survivor of a school shooting who tries describing the traumatic event to her parents and police; meanwhile, media reports begin painting a different version of the day’s events. “I wanted to write a play about the stories we tell each other in the face of calamity — the pretty lies and the brutal truths,” Burns wrote in a press release. “This is something Steven and I have discussed over the last decade while making movies. What is the value of the truth? What is the cost of a lie? How does a story drift as it moves through time?”

The Library will run from March 25 to April 27 at the Public Theater. Further, hopefully equally starry casting is coming shortly. The L.A. Times notes this is Soderbergh’s second go-round in the theater, having directed “Tot Mom, a production inspired by the Casey Anthony case, at the Sydney Theatre Company in Australia in 2009.” Soderbergh also has a 10-episode historical drama, The Knick, happening at Cinemax. And he wrote a Twitter novella last year (collected here), so don’t even bother predicting where he’s going next.

'Walk of Shame' Trailer: Elizabeth Banks vs. The City of Los Angeles