Songs of the Week: Popcaan, Boosie, J.Lo, the New Pornographers, and Perry/Musgraves 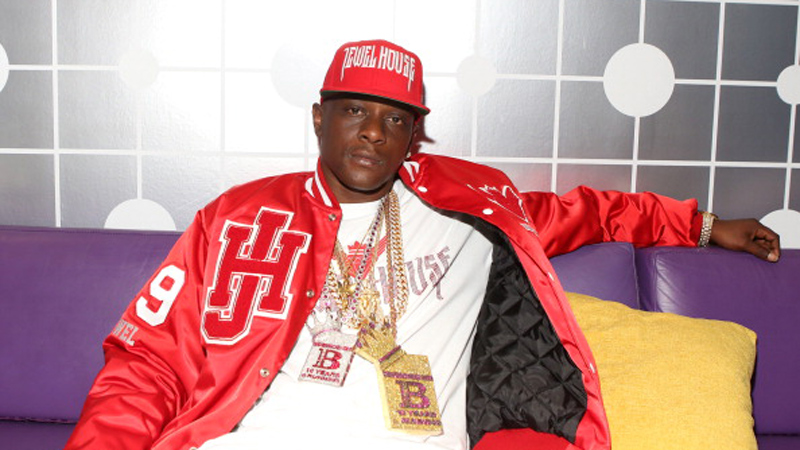 Lil Boosie, “She Want Some”

How has Boosie Bad Azz been spending his time since his ballyhooed return home from prison? By the sounds of this new track, mostly by reorganizing his collection of vintage Belgian atlases and developing a bit of an amateur cheesemongering hab— wait, what?? No!!! He’s been at the club, having conversations with women! Sixth baby mama, he’s coming for you.

For the first time in four years, A.C. Newman has called together the Super Friends. His group the New Pornographers are dropping, and touring behind, a new record, Brill Bruisers, and they are doing so along with their full roster of in-house solo stars, Neko Case and Dan “Destroyer” Bejar. Says Newman: “This is a celebration record. After periods of difficulty, I am at a place where nothing in my life is dragging me down and the music reflects that. We wanted Xanadu and we wanted Sigue Sigue Sputnik, which translated into sparklier and faster.” Sparkly? Fast? Olivia Newton-John–y? I’m in.

Pitbull ft. Jennifer Lopez & Claudia Leitte, “We Are One”

You wanna clown Pitbull here, don’t you? Look at those pants! you’re screaming. They are white capris but they are like barely perceptible white capris, you’re telling everyone in the room with you right now. I think I’d rather hang out with Howie Mandel at this point, you are now telling the people in the apartment across the hall from you. I really think I’d rather hang out with Howie Mandel! And yet — note Pitbull, realizing his stage-lift has stalled, and note him elegantly hopping off said stage-lift while offering a gentlemanly hand to his friend Jennifer. Go ahead. Scoff. But if a faulty stage-lift doesn’t even give him pause, you don’t have a chance.

I have no idea where we are with the general reception arc of the emo revival. I just know that this number — from the bulging earnestness to the romantic anthropomorphization of clunkily described objects (water 12 feet deep, boots made of concrete) — reminds me of Can’t Slow Down–era Saves the Day, and that’s always a good thing.

Mac Miller produced this one for his fellow Pittsburgher Boaz (under the nom de plume Larry Fisherman), and then Boaz just goes ahead and uses the peppily menacing beat to declare himself the best rapper in the city (with a “that shit heavily debated” caveat, but still). +10,000 to Boaz.

Vitto & Druzzi sounds like a USA Network cop show, yes, but it’s actually Vito Roccoforte and Gabriel Andruzzi, the two non-singing members of the Rapture, doing their own thing. It’s not a side project, though: You may not have heard but, after a labored five-year gap between their last album and their latest, 2011’s underrated In the Grace of Your Love (“It Takes Time to Be a Man” alone is an all-timer), the band has broken up, more or less. (They won’t out and out confirm it.) But at least we have Vitto & Druzzi, out here making trippy dance-blurbles … and, OK, yeah, probably doing a crossover episode or two with Rizzoli & Isles.

This is a very dirty song full of explicit descriptions of sexual behavior that leave very little to the imagination. (I’m looking at you, The-Weeknd!!!) That’s totally all well and good, of course — art is art, man — but it’s just that Wiz Khalifa is now, by all accounts, a doting father to young Sebastian, and so I just don’t know if, for the time being, I can buy him rapping about anything other than making diaper runs at the Costco. (PS: For a more helpful kind of analysis, don’t miss Danny Chau on Ty Dolla $ign.)

The Rentals, “Thought of Sound”

As any true Weezer-head could tell you, Matt Sharp — whose outfit the Rentals makes their return, for the first time since ’99, with the upcoming Lost in Alphaville — was the band’s original bassist, but either quit or was fired before the Green Album. That means he was around for the first two (indisputably incredible) Weezer albums, but had nothing to do with the band’s latter-day descent into some weird, sad (albeit incredibly popular) echo version of themselves. And that also means that it’s hard sometimes not to imagine the secret power of Weezer’s classic joints — despite them all being actually written by Rivers Cuomo, who writes nearly everything — was none other than Matt motherfucking Sharp. He may not enjoy the spoils of being in an internationally successful arena-rock band, but at least he’ll always have our vaguely defined cult-cool-dude respect?

As The Fader points out, there are now lyric videos available for all the tracks on emerging dance-hall star Popcaan’s great debut album, Where We Come From, which means his at-times indecipherable pronunciation is now clear as a bell. Sing along at home, everybody!

First a CMT Crossroads and tour with Katy Perry, then a Tonight Show appearance. Kacey Musgraves, delightful country chanteuse, continues to be on BOUT 2 BLOW status.