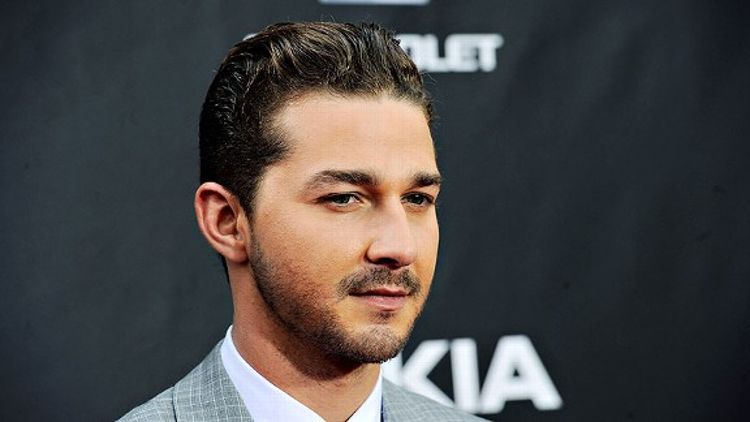 Shia LaBeouf has joined an untitled indie project from new production house Lava Bear Films. Wait, ready for this? The movie revolves around a troubled girl who encounters a 20-foot-tall next-door neighbor, played by LaBeouf. Just that plot description has already entertained us more than Transformers, Transformers 2, and large swaths of Transformers 3. Grade: B+ [Showblitz]

Speaking of Transformers: Hasbro and Paramount are considering shooting the LaBeouf-free Transformers 4 and 5 back-to-back in order to save money on production. Quite possibly to come out of a Paramount executive’s mouth next: “Ah, you know what, while we’re at it, why don’t we just go ahead and shoot Transformers 6 through 15 as well?” Grade: D [Showblitz]

Melissa McCarthy has sold a comedy to New Line that she co-wrote. McCarthy will also executive produce and star in the film. It’s called Tammy, and it will feature McCarthy as a woman who, after getting laid off from Hardee’s and finding out her husband is cheating on her, sets out on a road trip with her “alcoholic, foul-mouthed, diabetic grandmother.” This continues McCarthy’s hot streak post-Bridesmaids, a run that includes an Emmy win, an SNL hosting gig, and a bunch of her other movie projects getting the green light. At this pace, the positive descriptor phrase “pulling a McCarthy” will enter national consciousness by December. Grade: A [HR]

You won’t believe this: Nicolas Cage is making another crazy-ass sounding movie! He’s shooting Black Butterfly with the German production firm Bavariapool, in what will be their first English-language project. An adaptation of the French TV thriller Papillon noir, it will feature Cage as a reclusive author who befriends a drifter, “with fatal consequences.” Look, have drifters ever turned out to be pleasant, normal folk with a perfectly good reason for drifting from place to place? How does anyone anywhere, even in fictional movies, still think befriending them is a good idea? Grade: C [HR]

The 2009 comedy hit Zombieland is being developed as a TV series at Fox, with original writers Rhett Reese and Paul Wernick onboard. The story here is that the movie itself was first envisioned as a TV show, and now that a Zombieland sequel has stalled, the creators are reverting to the original plan. But is the world ready for two zombie shows? Yes. Grade: A [Vulture]

Reese and Wernick will also be busy writing the script for Micronauts, another toy adaptation from Hasbro and Paramount, this one with JJ Abrams producing. Anyone know what Micronauts do? This Wikipedia page is not nearly informative enough. Grade: C [Deadline]

HBO is developing a dark comedy with Don Johnson in mind to star and produce, and with Temple Grandin writer W. Merritt Johnson on script duties. Don will star as a suicidal game-show host fighting off the downward turn in his life. By the way, Merritt is not related to Don, although, if he’s got any sense in him, he wishes he were. Grade: B [Deadline]