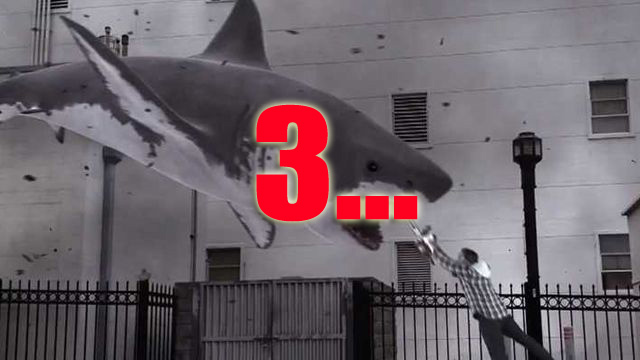 Syfy announced today that its crown TV-movie jewel will birth not only a sequel but also a threequel. With Sharknado: The Second One still three months away, we’ve got ample time to daydream about Sharknado 3: ’Nado Forever: Beyond Sharknadome. It’s impossible to guess how the creative team will top itself (unnecessary reminder: in Sharknado, a human male wielded a chain saw, plunged into a flying shark’s maw, and hacked his way to freedom), but we can certainly speculate about the cast. With Sharknado 2 set to feature return appearances from Tara Reid and Ian Ziering, as well as a potpourri of B-, C-, and D-listers, musicians, and non-actors including Andy Dick, Mark McGrath, Billy Ray Cyrus, Judah Friedlander, Perez Hilton, Judd Hirsch, Vivica A. Fox, Kelly Osbourne, and wrestler Kurt Angle, who’s worthy of Part 3?

Richard Attenborough. Ninety years old. Familiar with toothy beasts. Will, without a doubt, say, “Welcome … to a sharknado.”

Jaleel White. In two roles: as himself, and as an adult Steve Urkel.

Christopher Walken. Once said, “[I]t’s hard for me to say no.” Did Gigli, Click, and Balls of Fury to prove it.