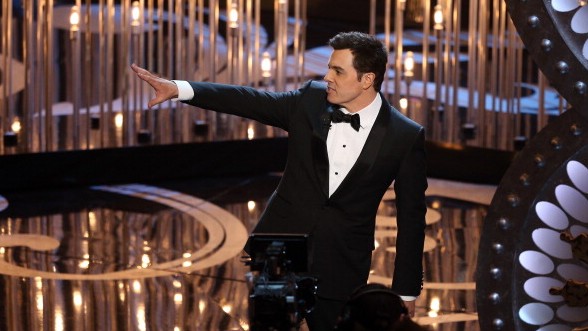 Is this a good idea? To be kind, that’s debatable. Was it inevitable? Not necessarily: So far, MacFarlane’s undeniable successes have come only in nonphysical form; who out there was really checking for Seth to finally get in front of the camera? (And for his loyal masses craving more Mac action away from the small screen, Ted 2 was coming anyway.) But is it happening? Yes, it is happening. A Million Ways to Die in the West. Out May 30. Get into it.

In advance of the release, Variety has gone ahead and profiled the man. And I, in my official capacity as Grantland’s Senior Seth MacFarlane Correspondent, have gone ahead and read it for you. So, what have we learned about this unique fellow, he who is beloved and hated with equal fervor throughout the land?

He’s Got Stuff. A Lot of Stuff. A Lot of Crazy Rich Guy Stuff: All that Family Guy money (the franchise, including “T-shirts and plush toys [and] videogames and mobile apps,” is now valued at over $1 billion) has not just been sitting around. He’s got a “$1 million Imax theater in the basement of his gated Beverly Hills house,” plus a Tesla, a replica of the DeLorean from Back to the Future, and a Bösendorfer piano (he plays it to relax).

He’s got a huge new office space — three stories and 20,000 square feet in Beverly Hills, bought for around $11 million — but a perfectly reasonable reason why he needs it: “It became a necessity because [cowriters] Alec [Sulkin] and Wellesley [Wild] did a lot of writing at my house … and when writers leave your house, it’s a mess.” Ah, yes. One dude left a rumpled bag of Doritos Nacho Cheesier on his Bösendorfer, and Seth sensibly went and copped a Xanadu.

He parties — oh, yes, he parties — but he does so like a much more wizened multimillionaire? He had a “days-long” party for his 40th (sadly, no salacious details on this bacchanal available); he also once flew “Britain’s famed John Wilson Orchestra” into L.A. And then there’s this: “For a holiday party last year at his home, the Connecticut native had snow and ice trucked in to complete the winter-wonderland theme. As with all MacFarlane bashes, the gathering included entertainment by an industrial-strength (65-piece) orchestra.”

Also, just inferring here, he’s still got the spray-tan machine used to devastatingly cutting efficacy in his New Yorker profile. As he “jokes” with Variety, “If you are a pasty white guy, every once in a while [a spray tan is] recommended to you.” Pretty sick New Yorker subtweet, bro.

He’s Got Heretofore Unexplored Talents: He wrote a novelization of his A Million Ways script while on set in New Mexico, explaining, “The book was partially something to do on the weekends, because there’s nothing to do in Santa Fe except meth, and I am too afraid to do meth.” But he’s also planning another novel, this one “from scratch.” He wants to do a new Star Trek show. He also recently learned to play something called the melodica, and then played it on the score to his movie. It started when composer Joel McNeely challenged him, in confusing fashion: “If there’s a hair on your ass, you’ll be playing this on the score, so start practicing.” And so, CONFIRMED: There is at least one hair on Seth MacFarlane’s ass.

He’s Got Some Parts of Him You Might Like: As Emily pointed out when his Cosmos reboot got rolling, the man is admirably pro–science education! He’s even on the board of the National Academy of Sciences’ Science & Entertainment Exchange, which apparently is a thing! When he was 8, “he had a weekly cartoon in the local paper … [which] followed the travails of Walter Crouton, a newscaster.” Also: “The concept for A Million Ways began as an inside joke between MacFarlane, Sulkin and Wild … the trio found themselves riffing on the idea of how dull, depressing and dangerous it must have been to live in the Wild West.” Inside jokes! You and your buddies probably have those too, huh? Pretty endearing, no?

And He’s Also Got Maybe Just the Tiniest Bit of a Self-Awareness Problem:

“I like the fact that I haven’t shoehorned myself into one M.O.,” he tells Variety. “I like that ‘Family Guy’ and ‘Cosmos’ exist at the same time. It makes things fun.”