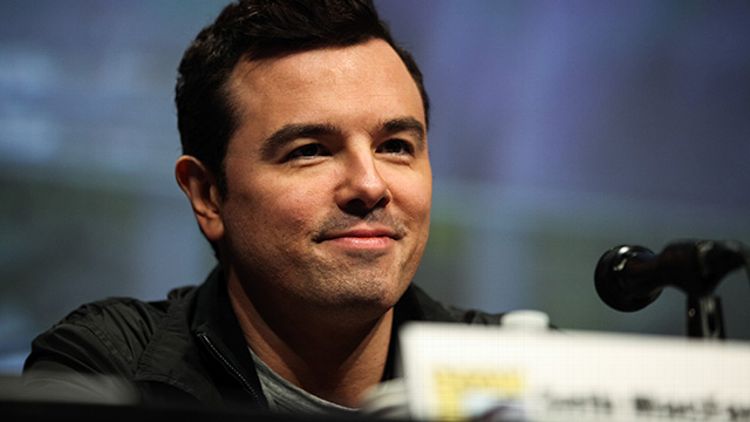 Last month at Comic-Con, Fox premiered the trailer for Cosmos: A Space-Time Odyssey, a “sequel” to Cosmos: A Personal Journey, the 1980 PBS documentary series created by husband-and-wife team Carl Sagan and Ann Druyan. The reboot had been announced last summer and prompted a fair amount of head-scratching, not because of its concept — Cosmos remains one of the most beloved documentaries ever created, and an update that, say, steered the Spaceship of the Imagination into a Higgs-Boson particle would be more than welcome — or even the network that would be airing it, which is more well-known for singing teenagers and evil animated babies than meditative explorations of the foundations of our universe and reality. And certainly not because of its new host, astrophysicist Neil deGrasse Tyson, who through numerous TED talks and Colbert Report appearances has proved himself to be a captivating speaker, extremely adept at making even the most abstract concepts digestible to a layperson. Nope, the weirdness was that it was coming to you courtesy of the man who brought you that evil animated baby and an entirely different Ted, Family Guy creator and renowned boob seer Seth MacFarlane.

My initial gut reaction, which I’m sure was similar to that of many others, was mild horror, but this being America, Seth MacFarlane can do whatever he so pleases, and I’d take his Cosmos any day over Ted: The Series. The former at least hints at MacFarlane’s desire to expand his horizons, and I may not be his biggest fan, but I’m loath to be one of those haters who actively roots for problematic people to stay in their rut and never try to improve as humans and creators. MacFarlane seems to be genuinely reverent of Sagan’s original work: “I’m dismayed at the rejection of science that’s reemerging in America. There’s nothing out there that glamorizes science the way Cosmos did,” he told Wired last summer. MacFarlane, like everybody else, has interests outside his primary line of work, and the workings of space-time appears to be one of them (me, too, Seth!). Why shouldn’t someone with the pocketbook to do so fund the fringey, potentially awesome passion projects that might not otherwise get made, regardless of the rest of his résumé? As he told the New York Times, Druyan and Cosmos coproducer Steven Soter had been shopping around a revisitation of the series for several years before connecting with MacFarlane, who got them an audience with Fox president Kevin Reilly. Now the three of them share a producer credit, and Druyan — a big Family Guy fan, wouldn’t you know — can’t stop singing MacFarlane’s praises. “I’ve imagined Seth and Carl meeting, an infinite number of times,” Druyan told the Times, describing them as “two men with just protean talents.”

Yet it’s hard, after last year’s dryly vicious New Yorker profile, to unsee the image of MacFarlane as a Hughesian, socially tone-deaf multimillionaire, collecting expensive hobbies, painfully unsure of what to do with the mountains of money his success has amassed. He readily admits that he has never had to flex his producorial muscles outside his fart-and-rape-joke milieu, and there’s a fine line between good intentions and hubris when one isn’t properly equipped for a job. I have not seen the reboot; it’s not scheduled to premiere until spring of next year, but the trailer already carries a heavy dose of short-attention-span pandering that worries me even at my most open-minded.

Cosmos was always about making you feel the vastness of the universe and the absurd improbability of your own life in an instinctual, emotional way, even if you couldn’t understand the more rigorous principles behind it. “What most people who remember the original series remember most is the effort to present science in a way that has meaning to you that can influence your conduct as a citizen of the nation and of the world — especially of the world,” Tyson told “Big Picture Science Radio” in an interview last year, which just about sums it up. As soundtracked by Vangelis, it is almost too soothing, even as it suspends you over a chasm billions of light-years deep and asks you to stare at it for an hour at a time. Cosmos is inspiring in the most fundamental, universal sense of the word and conveys its ideas with a gentility that is almost unimaginable on modern television. Watching it, just as its subtitle suggests, was always a deeply personal experience, precisely because its subject matter was so unimaginably vast.

By comparison, the new Cosmos’s subtitle belies a desire to make Sagan’s original, contemplative trip into a blockbuster epic on the scale of The Avengers, even though descriptors like “blockbuster” and “epic” are kind of insults to the universe. Tyson spends most of the trailer walking across the deck of his new, juiced-up spaceship in half-Jesus pose as electric guitars clang, as if to sell him as some kind of rock star of the physics world (which I’m sure somebody somewhere has described him as, unfortunately). The more ardent fans of the original show have been quick to cry foul on the smallest perceived errors in the trailer, and plenty of the complaints are subjective (though, c’mon, why can we hear the spaceship as it coasts into that nebula? Don’t you know we’ve been spoiled by Battlestar Galactica and its accurate depiction of space physics?), but even the slightest attempt to cast Tyson as “the star” of the show would immediately out the creators as missing the point. There’s an insecurity here, a lack of faith in the attention span of viewers and the timeless, intrinsic, four-quadrant appeal of space.

Whether any of this is MacFarlane’s doing is unknown, but as the guy who writes the checks he undoubtedly had the opportunity for final say in a lot of the show’s elements. And even if he had absolutely no creative input, the show is being publicized as his just as much as it is Tyson’s and Druyan’s (if not more so). So my question is, if you’re Seth MacFarlane, and you can essentially wish any entertainment into being just by giving your money to the proper parties (and congratulations on choosing a pretty cool one), is it necessary to take such a public, prominent ownership of the project? I mean, I suppose it would be cool to have a private jet, but if I had the money for one I’d probably hire someone else to fly it. That’s essentially what Tyson and Druyan are doing now, but we’re still going to see MacFarlane’s name floating over the Milky Way in the opening credits of every episode, and that’s going to stay weird for a very long time.

I can’t help but be reminded of Quentin Tarantino’s Rolling Thunder distribution company picking up the American rights to Wong Kar-Wai’s Chungking Express (great!) and then putting his face on the box (why?), or John Lasseter’s well-intentioned, completely patronizing introductions that roll before any Disney DVD of a Studio Ghibli film (and which you can’t skip through!). The desire to be recognized as a benevolent gatekeeper, the cool guy who made it possible for you to have the cool thing, is human nature and completely understandable. There’s an ego rush when you slave over a mix CD and the recipient hasn’t heard any of the songs and loves them all. But the best curators are the ones who can get more people to look at the thing they’re pointing at than themselves.

MacFarlane has been publicly passionate about science, specifically about getting kids excited about it, for a while now — here he is speaking pretty damn eloquently on the topic in 2009. And that’s great, and commendable, and you can smile and nod along with him for a few seconds before you remember the millions of kids who now think musical numbers about the AIDS epidemic are high comedy thanks to Family Guy. How’s that for “influencing conduct as a citizen of the world”? I don’t doubt that MacFarlane firmly believes everything he preaches about education, but he certainly doesn’t practice it, and part of me is left thinking that this whole venture is an elaborate operation to assuage his guilt about the negative garbage he’s unloaded on his mostly adolescent audience. Cosmos could be his equivalent of a year backpacking through India, and there’s a good chance it could actually do him a whole lot of good, both from a spiritual and a PR angle. Maybe Seth MacFarlane, like Sagan and Tyson and you and me, is just looking for his place in the universe.

Do You Like Prince Movies? Podcast: The Canyons, Summer Radio, and Kenny Chesney