I Ain’t No Snitch: The Worst Thing You Can Do on ‘Empire’ Is Tell the Truth 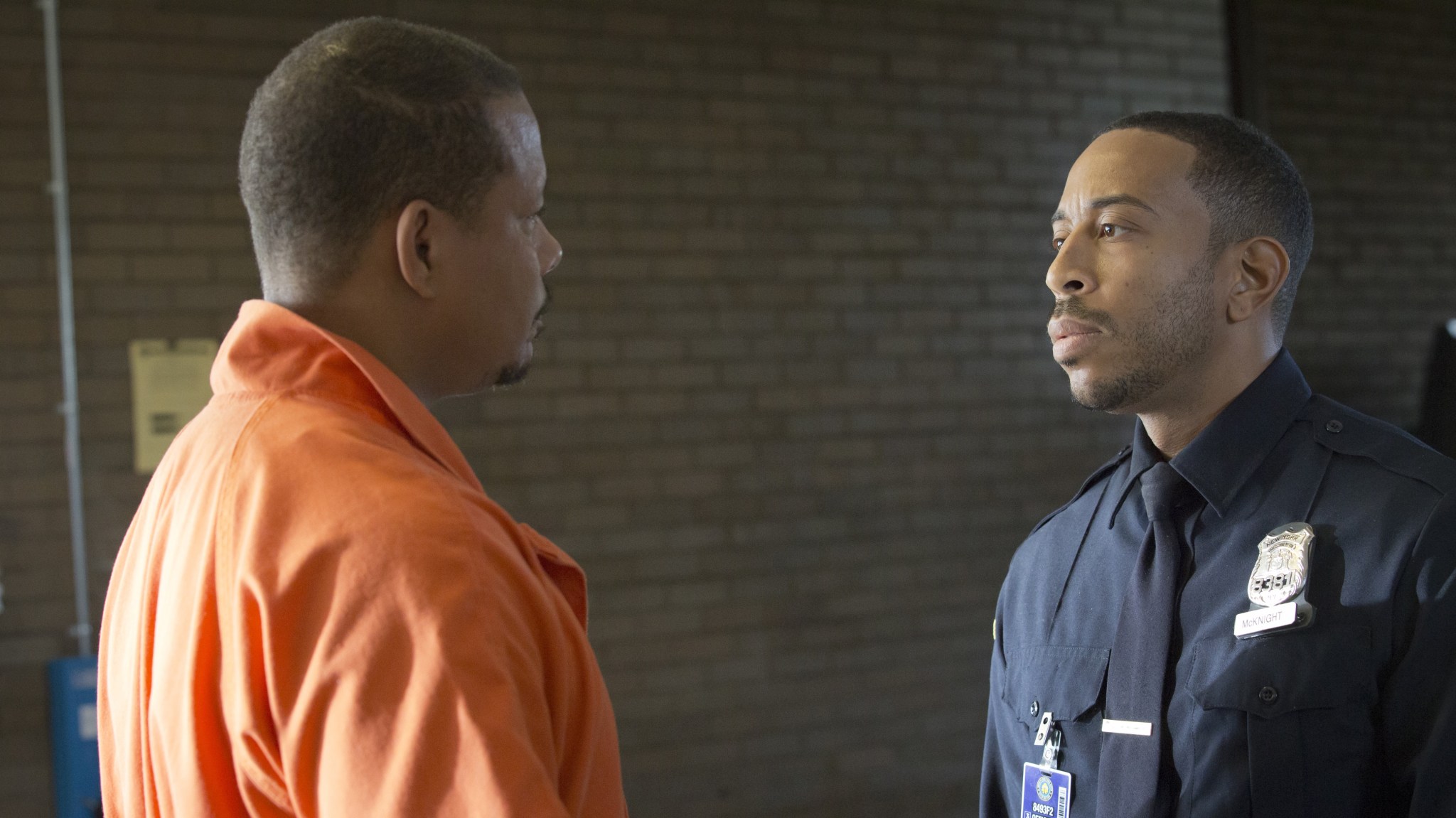 I sometimes like to pretend that Empire is a logical, normal television program that doesn’t throw common sense into a dumpster filled with old cloth diapers. In simpler times, before we hit Peak TV, Empire would have been called a guilty pleasure — a program that viewers turn their brains off to watch, because if they were to question the reality presented by the producers, it would drive the audience mad. In the modern entertainment landscape, there’s no time to feel guilty about anything we watch because there are 80 shows to get through on our DVRs. I certainly don’t feel guilty about watching Empire, but I absolutely turn a blind eye to a variety of its transgressions for the sake of my favorite show and the standard-bearer for black folk on television.

Episode 2 of Empire’s second season certainly gave me plenty to ignore. Lucious Lyon secured bail and was released from prison thanks to his shady new lawyer, Thirsty Rawlings (The Wire alum Andre Royo, a.k.a. Bubbles), a kind of black Saul Goodman figure in a cheap suit and a 1970s limousine with a name like a down-on-his-luck ex–Golden Gloves champion. His methods might be unsavory (blackmail, physical intimidation, bribery) but they worked. Lucious ended the episode once again on top of the world, free to dance his way back to Empire HQ.

Lucious was certainly eager to escape incarceration, even though the prison was about as harsh as a podiatrist’s waiting room. Somehow, Lucious rose from lowly inmate to Andy Dufresne in the span of two episodes. He certainly had enough muscle and enough free time in the slammer to assassinate maneater Frank Gathers, watch the benefit concert produced in his honor, orchestrate a beatdown on nefarious prison guard Officer McKnight (played by Ludacris), and take meetings with his sons just about whenever he wanted. Oh, and he also recorded the new Greatest Song in Empire History in about five minutes’ worth of screen time inside a supply closet. At that rate, Lucious could have appointed himself warden for life, declared the prison a sovereign nation, and invented the self-drying jackets from Back to the Future Part II in his spare time.

With Thirsty’s assistance,1 Lucious and his gang of stereotypes was able to scam private time to record some hot new fire called “Snitch Bitch.” The song was basically perfect as soon as it came out of Lucious’s mouth without any hint of hesitation. Sure, he freestyled a bit of it in the yard with his jailhouse posse, but that doesn’t count as practice. That’s the hip-hop version of twirling your gum on your index finger. Sure, the chorus is structured almost identically to Hakeem’s “Drip Drop,” (“Drip, drop, drip drippity drop” becomes “Snitch, bitch, snitchin’ ass bitch”) but that’s just an inspired reference, not outright theft.

There’s even a section toward the end of the track dedicated to Lucious’s partner, Clyde, played with a quiet intensity by Petey Pablo of “Freek-A-Leek” fame. As the one-take masterpiece concludes, Lucious laments the absence of his good friend Clyde. “I wish Clyde was here for this.” I’ve never been more touched by a display of affection for a minor character with around three lines of dialogue in my life. Honestly, Lucious is such a champion that he nailed the track cold in one take, right before Ludacris could break in, bust up the recording session, and throw Lyon in isolation.

And what is this magnificent song about? Well, lying of course. Or to be more exact, the unexpected virtue of dishonesty. Through the wonders of song, Lucious expresses his hatred for the “snitchin’ ass bitch” with “classified information bein’ passed off.” Some of the information Lucious would prefer to keep confidential includes his murder of Bunkie, his murder of Frank Gathers, his assault of Officer McKnight, and Thirsty’s blackmail of the judge who granted Lucious his bail. “Backstabbin’ bitches get you knocked off,” he says, and he means it. As ridiculous as this song is, it expresses an important moral and philosophical truth of Empire: You need to lie to help the ones you love, but also, more often than not, yourself.

It’s not a stretch to call the characters on Empire duplicitous. This is a soap opera, after all. On soaps, people lie like dogs lick themselves: whenever they have a free moment and a bit of privacy. But other than The Sopranos, I can’t think of a series more preoccupied with the unassailable benefit of deceit and the code of the streets. Lies, and the consequences of duplicity, are the fuel that makes this show move forward.

The story of Empire was set in motion by Cookie’s willingness to take the fall for Lucious’s crimes rather than rat on him. The prison term that resulted from her lie ended only after she flipped on cannibal Frank Gathers, a momentary bout of honesty that haunted her all the way through to last week’s Season 2 premiere. The Lyon matriarch made a point to tell her kids that she “ain’t no snitch,” when in fact, she most certainly is one when necessary. Cookie’s a snitch, whether she likes it or not. But she ratted on Gathers because she couldn’t stand to spend another year without her kids. That’s noble, right, and good. She told the truth about a very bad man and got to see her family, but that doesn’t stop her from the occasional glassy-eyed flashback to her day in court. I’m sure she’ll continue professing her non-snitch bona fides for the remainder of the show’s run, because to be a snitch would be the ultimate betrayal of her principles.

Watching Empire is itself a similar exercise in delusion that I gleefully engage in once a week. Lucious’s “trapped in the supply closet” moment was but one head-scratcher among a sea of fantastical interludes. Apparently, Cookie is cool sweeping up her filthy new kingdom while wearing couture. Lucious doesn’t hate Andre for having a white wife anymore. Now he hates Andre because his mom (played by Kelly Rowland of Destiny’s Child) also had a mental illness and Andre reminds him of that, which seems like a strange retcon. Despite being the head of a massive music label and entertainment company, Jamal did not notice (and was not informed) that Hakeem had leaked his album on this generic version of SoundCloud until Hakeem told him: 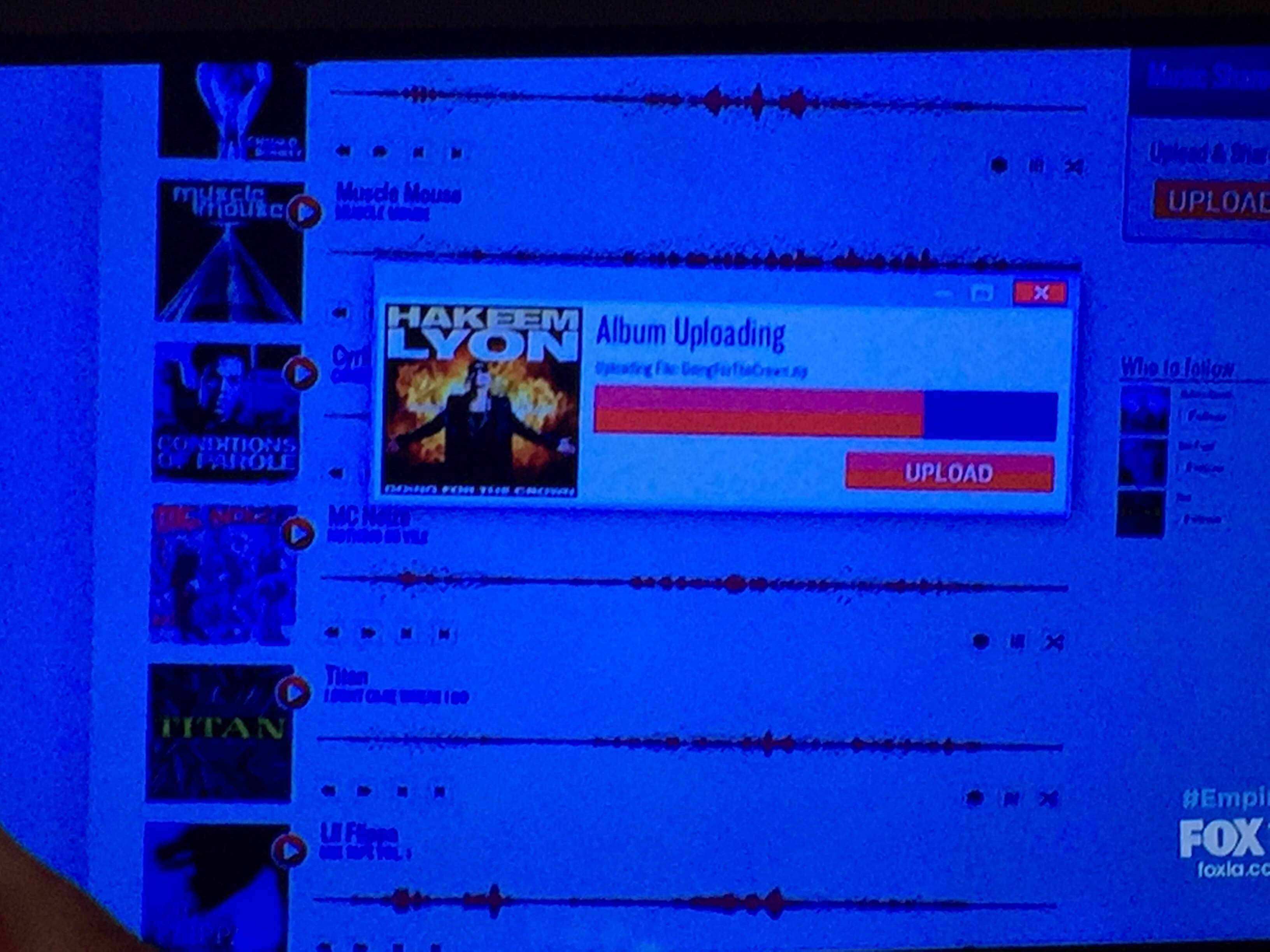 Becky’s going to be fired for this, right?

I’m not even going to waste time trying to suss out how Cookie was able to raise the money to start a record label so fast. Let’s just assume she sold some of her clothes. This is Season 2 of a gigantic hit show, so in Fox’s ideal world, the audience accepts the show’s fantastical tone and never questions it again. But the truth (there’s that word again) is that as the episodes and years grind on, our tolerance for insanity gets lower. Every time Empire ignores logic for the sake of efficiency, that’s one less time it can get away with it in the future.

Phenomenons like Empire (Twin Peaks, Desperate Housewives, and Lost also spring to mind) inevitably collapse under the weight of their own rapturous tomfoolery. We’re still in the honeymoon phase now, but by Season 7, will we still chuckle at yet another reference to Ghetto-Ass Studios? I hope so, but that seems unlikely. Empire might turn into a bloated mess of grand gestures coasting on previous success, but when that day comes, I’m going to try to keep my mouth shut for the sake of a show I truly love. I’ll happily continue to lie to myself until the last episode’s credits roll. I ain’t no snitch.

Carrie On: Making Peace With Five Seasons of ‘Homeland’