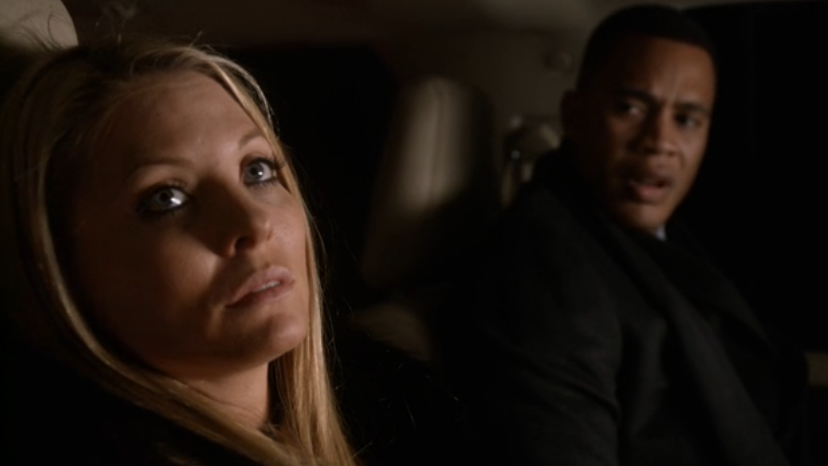 In a secondhand quote from Hua Hsu’s classic Atlantic essay, “The End of White America,” Sean “Diddy” Combs is asked if he’s read The Great Gatsby. His answer is a picture-perfect, self-aggrandizing “Diddyism”: “I am the Great Gatsby.” For years, Combs hosted a lavish affair in the Hamptons called the “White Party.” Diddy’s one request of his VIP guests was that they wear an all-white outfit in order to guarantee admittance.

The irony of a black businessman hosting a party with the word “white” in the name in the middle of the seat of upper-class, East Coast high society is lost on no one. Through these parties, Diddy claimed a sliver of the historically WASPy American dream for himself. The central thematic question of The Great Gatsby asks how much it truly costs to grab the brass ring that our culture dangles in front of us from the moment we’re born. What must you surrender in exchange for the right to permanently elevate your social standing in America?

Besides saving network television from irrelevance, Empire’s primary goal is to answer that question for the 21st century black family. The price the Lyons have to pay for success is perpetual dysfunction and dizzying identity issues. The family legacy that Cookie spent 17 years in prison to protect — the one that kept her going during her incarceration, epitomized by grainy photos and half-remembered songs — has been poisoned by money, power, and ego. Their relationships are built on lies — told both to each other and to themselves. The most duplicitous Lyon of them all is also the one caught most dramatically between his racial identity and his ambition: Andre. 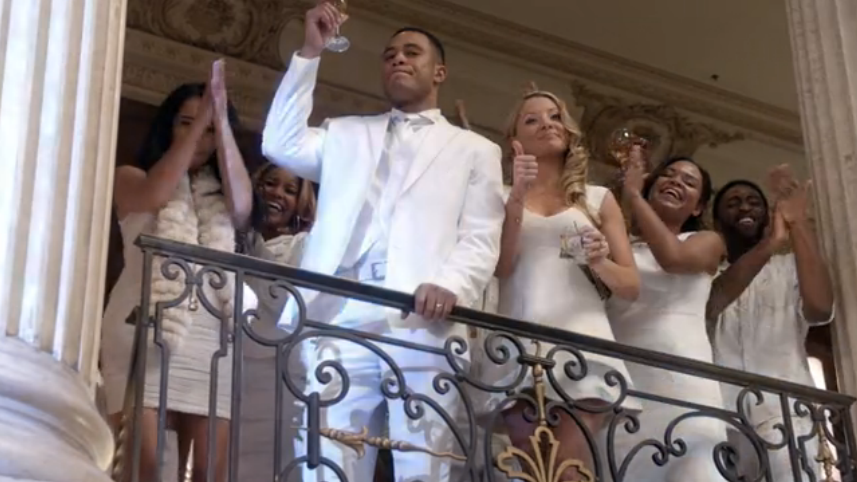 Following Empire’s budget version of Diddy’s White Party,1 Andre confronts his father about not receiving his vote during a board meeting designed to make Andre interim CEO in case Lucious becomes incapacitated. Lucious Lyon may be a whiner, a narcissist, a liar, and a slave to his prodigious libido, but he is no fool. He sees through Vernon and Andre’s plot to usurp control of Empire through the back door and calls them out on it. He doesn’t stop there, though. Lucious proceeds to rip apart all of Andre’s major life choices, starting with his [gasp] white wife, Rhonda. Lucious sees the white power establishment as a dragon to be slayed, whereas his one son without musical ability views that world as something to aspire to. This scene is the most powerful demonstration of this dramatic tension since the show started. 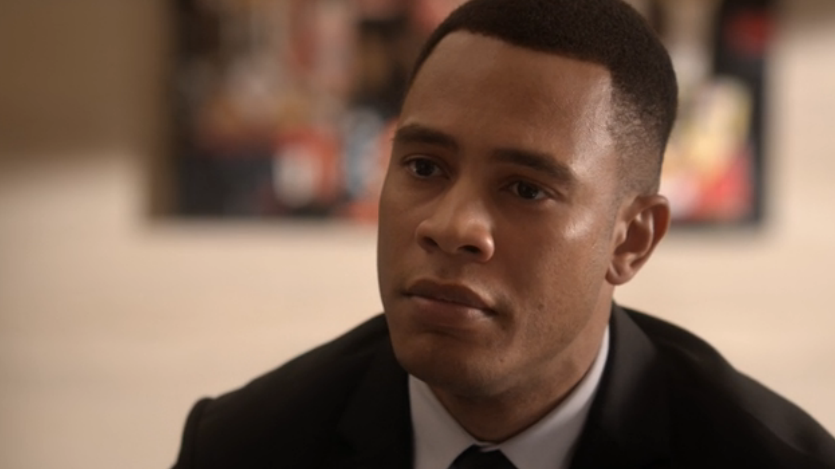 The most perplexing element of the pilot episode of Empire was why the hell Lucious didn’t just make Andre the heir apparent to Empire Entertainment and be done with it. It seemed like a maddening plot contrivance that, if not dealt with swiftly, would swallow the show like Porsha eating snacks at the craft services table for the “Drip Drop” music video. Last night’s episode was a forceful answer to that nagging question. Lucious doesn’t promote Andre for one major reason: because Lucious is prejudiced. Sure, he’s totally right that his son is a schemer who cannot be trusted, but he couldn’t help but get a dig in against white folks. “They will accept your money, Dre, but they will never accept your black ass,” he barks at his son. “I don’t give a damn how many white women you marry. They will never accept you.”

As someone who does, in fact, have a white wife, I couldn’t help but pause my DVR and rewind multiple times to make sure I heard Lucious correctly. Oh, yup. He definitely said white people won’t accept you. I hate projecting my own issues onto TV shows. Usually, it’s pretty easy to do that, what with the dearth of black folks in meaningful roles on prestige programs. Perhaps that was one of the unintended benefits of television executives avoiding minority-led series: We never had to spend much time thinking about our problems.

It’s rare to see black mistrust of the class hierarchy so bluntly discussed in prime time. A black man marrying a white woman is regularly considered a dead giveaway that he’s a social climber. I do not have the brain capacity to count all the occasions when a well-meaning acquaintance of mine made a joke that it “Looks like you made it” when referring to my biracial marital bliss. My dear friend, the writer/comedian Megan Koester, took to calling me “The Black Gatsby,” a nickname I’ve grown to like, but also one that’s satirically indicative of how society responds to interracial relationships between black men and white women. Numerous hip-hop lyrics have been dedicated to portraying dating a white woman as a status symbol or a cynical means to an end. I wish I was savvy enough to wed for reasons other than love. If I was, I would have married a Schwarzenegger. 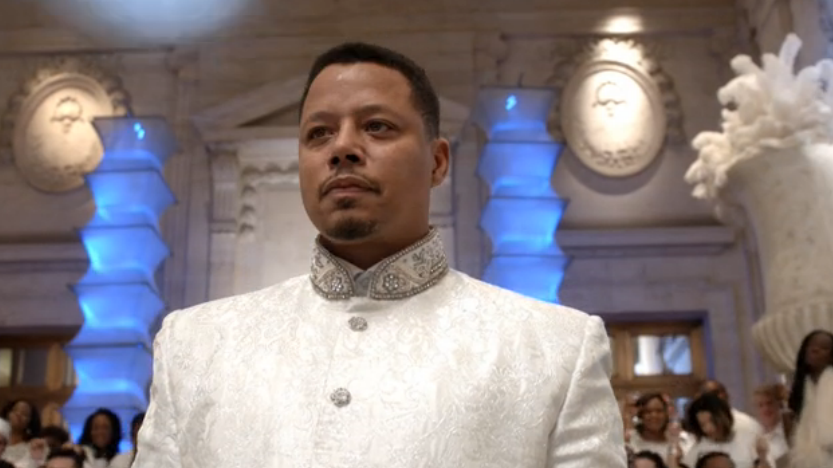 Of course, as the most Lucious person in the entire show, Lucious is a total hypocrite. After spending the entire episode doing his best Harvey Dent impression, Lucious picks Anika over Cookie. “Fake-ass Lena Horne,” as Cookie called her, has a white dad and seems to live comfortably within the establishment. Lucious benefits greatly from his association with her, and he knows it. He needs her father to lie about Lucious’s health so that he can ensure that Empire Entertainment’s IPO happens before he dies. Andre needed a lascivious, geriatric white Empire board member (memorably played by M. Emmet Walsh) to offer support for his campaign to be named interim CEO. To ensure that support, Andre is prepared to let this man have sex with Rhonda as a bribe. He chose to debase himself and his wife for a shot at power.

This is the dilemma of the upwardly mobile African American. We use the structures of power to advance ourselves toward some nebulous goal of acceptance while seething about the system within the comfort of our homes. Barack Obama became president of the United States by making all the right moves: attending Ivy League schools, becoming a lawyer, and making a lot of money. He’s the ultimate African American success story, but even he has to contend with discrimination, patronizing attitudes, and shameless hucksters who seek to delegitimize his accomplishments. We play by the rules of a game that we don’t even truly believe is fair, because we know the alternative is too unpleasant for us to bear. It’s a system set up without our consent, where in some cases, the stakes are life and death. The gap in wealth between black families and white families in America is stubbornly, shockingly high. I didn’t need John Legend in order to know that too many black men are going to prison instead of college. 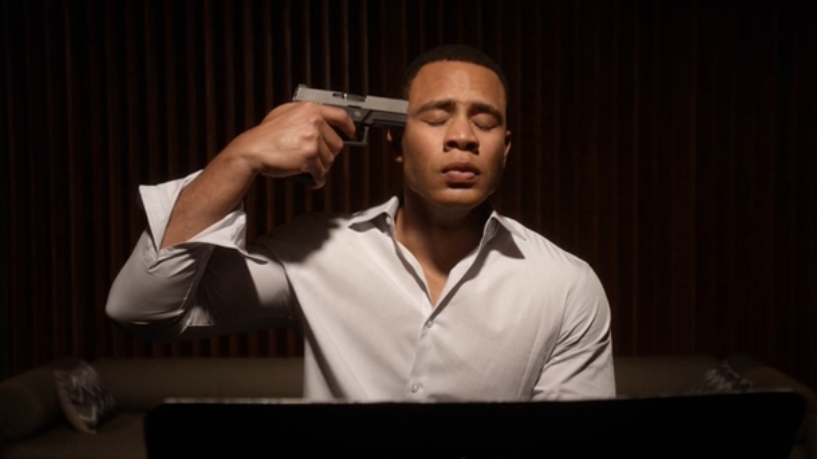 I’ve been prone to calling the character of Andre “Fuckboi Andre” because of how obnoxious, dull, and one-dimensional he’s been for the last seven episodes. Episode 8 went a long way toward giving Andre a real motivation for resenting his father, and it gave Lucious’s lack of trust in Andre a bit more clarity. The episode ends with an over-the-top, overwrought suicide fake-out where Andre plays a one-man game of Russian roulette in an empty recording studio — a blatant visual callback to his lack of musical ability. It’s a cheesy place to leave the character, but it doesn’t detract much from what did work in this episode. Andre represents the dark side of the Diddy White Party/Black Gatsby dream. He’s the wandering dreamer who doesn’t know what he really wants, but he thinks he knows how to get it. He belongs everywhere and belongs nowhere at all. His struggle is not as inspiring or appealing as Jamal’s coming-out saga, because it reveals something unpleasant about the black experience. Even when we make it, we haven’t actually made it.