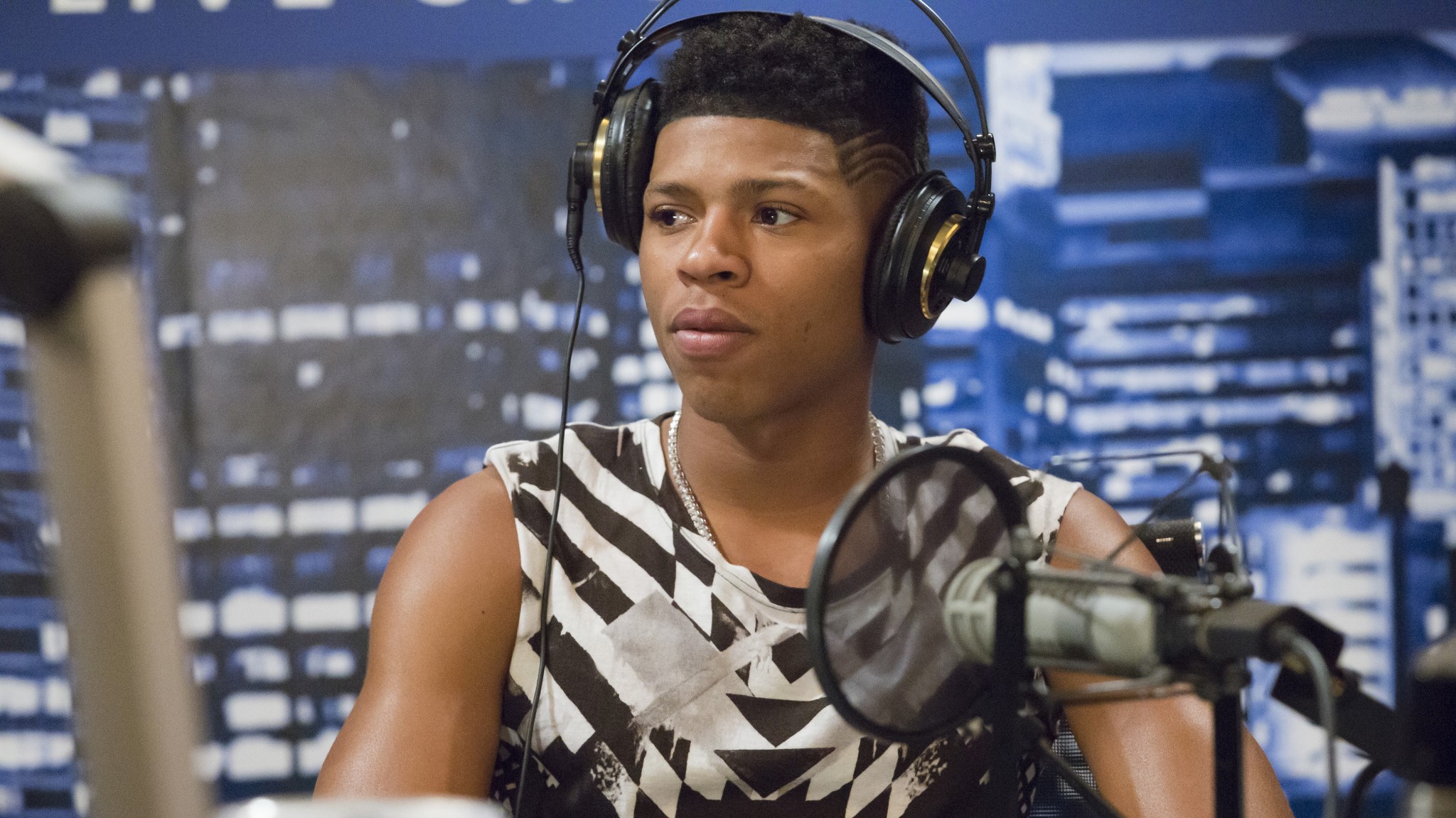 Dear reader, please allow me the indulgence of preempting today’s usual Empire excavation in order to dabble in some real-life celebrity gossip. Grace Gealey, the actress who plays Anika, and Trai Byers, the actor who portrays the character I lovingly referred to last season as “fuckboi Andre,” are engaged to be married. I never would have imagined these two together, because their characters hardly have anything to do with each other. In last night’s episode, Andre and Anika engaged in two separate but equally go-nowhere subplots — Anika yet again pulled the classic soap opera triple-cross,1 and Andre tried and failed to get Lucious to let him back into Empire twice. In simpler language, both of these characters have been repeating themselves for awhile. Perhaps the two actors bonded over their wheel-spinning, because they sure look like a happy couple:

These people are too attractive! Mr. and Mrs. Black America over here make Barack and Michelle look like a couple of rejected monsters from Mighty Morphin’ Power Rangers. Even if their beauty disturbs me like a Gaspar Noe movie, it’s sweet that Gealey and Byers found love on set, because there’s very little in the way of romance on their show. Per Soap Opera Rule of Operation No. 24, all of the main characters need some reason to be mad at every other character, even if that anger is conflicted anger. Actually, especially if that anger is conflicted anger. Lucious hates Cookie. Cookie loves Jamal but hates that he’s working at Empire. Jamal hates Cookie but needs her to help him produce his next album. Anika used to be engaged to Lucious but now hates him. Anika slept with Hakeem but realizes Hakeem probably would rather play video games and ride his PhunkeeDuck than have an adult conversation. Hakeem and Cookie are ostensibly allies, but Cookie can’t stand how Hakeem takes fat bong rips and engages in casual sex with his protégés.

I empathize with Hakeem, because he’s never dated a girl that his parents have liked. Lucious called Tiana a THOT in the “Drip Drop” episode. Camilla was too old to be dating Hakeem, according to Cookie, and Lucious thought she was a gold digger, so he banished her from the entire continent of North America forever (or until the writers run out of stories in Season 5). Anika is Lucious’s ex-fiancée, which is a boundary that probably should not be crossed. In fact, someone should get Donald Trump to build a wall (without a door) between Hakeem and his dad’s former sexual partner just to be safe.

Now we have Valentina, the spunky pop-star-in-training whom Hakeem chose to front his girl group, Mirage a Trois — a name the group shares with the 1983 album from jazz group Yellowjackets, which probably was not a purposeful reference. I can’t figure out the actual reason for this name no matter how hard I try. Perhaps the word “mirage” was chosen because Hakeem knew deep down that they were merely a vision in the desert of his own creativity and would never actually perform in public. Or it just made him laugh while he was high. I guess we’ll never know. I actually preferred the name “Rainbow Sensation” because that happened to have been the nickname my high school baseball coach gave me sophomore year.

Even though I’ve never dated a woman the same age as my mother or had public sex with my father’s ex, I can relate to Hakeem’s plight. The poor boy just wants approval for something besides his defined abs, rapping ability, and prowess on a Jet Ski. He wants to be loved, but his parents can’t help but sabotage every good thing he’s ever had in order to keep him from ever breaking free from their codependent relationships. All of his girlfriends either started out as or end up becoming pawns in Cookie and Lucious’s meandering nuclear conflict, which ironically centers around which parent will have more of their sons fawning over them. So far the tally is 1-1, with Andre the lone undecided.2

If you are starting to see this arrangement as depraved and twisted, then you are oh so very sane. The central conflict of this series revolves around two parents who refuse to let their children grow up. That might be why Hakeem only seems to hook up with singers, women the same age as his mother, and colleagues who have been intimate with his dad. Of course, Hakeem could try to date women not in the music business. In fact, that works really well for his brothers. No one seems to have much interest in who Jamal dates. The Australian guy he was seeing last year just plain disappeared between seasons, to be replaced by the boring dude whose name I don’t even want to bother Googling. All I remember about him is that Jamal dumped him for being boring, but now he’s dating him again because he’s boring. Or because they’re in love. No one cares about Rhonda, Andre’s wife, either. She shows up occasionally to ask Andre about church or help him bury dead bodies, then flies away to drink white wine and sob in the shower. To be fair, the burying of dead bodies is quite a useful skill on this show. So, in that area, Rhonda is the queen and Lucious should be trying to recruit her for Empire.

He’s not, but he is still trying to get Hakeem back. Stealing Valentina right before she goes on Sway’s radio show might not have been the smartest path to making that happen, though. I imagine that Lucious’s next step in his master plan to bring his son back into the fold is to have sex with his girlfriend. Not only would that balance the ledger after the Hakeem/Anika dalliance, it would surely convince Hakeem that Empire is the place to be. Real people might see that as counterintuitive, but the Lyon children respond best to shows of strength and emotional manipulation. Lucious could easily say, “I brought Valentina to Empire because I saw your vision for her talent. I could help you help her become a star,” or some such convoluted logic. If Lucious burned down Hakeem’s apartment, urinated in the gas tank of his Bentley, and mixed the whites and the colors in his laundry, he’d say, “I did it for you, my favorite son. I love you, ‘keem. Now let’s go hop in my private jet and record some slammin’ hip-hop tracks while drinking champagne out of gold-plated Slurpee cups. Oh, PS, I am God.”

The tragedy of Hakeem is that he will never see the full potential of his talent until he drip-drippity drops his mom and dad. When will he see that they’re so selfish and he’s the real star? Hakeem’s the king, and now he must find his queen. In fact, here are some real-life celebrities who could guest star on the show as Hakeem tha Gawd’s new, healthy, sane girlfriend:

The Devil and Jesse Hughes: The Donald Trump-Supporting, Drug-Hoovering Frontman for Eagles of Death Metal Will Not Apologize for Anything