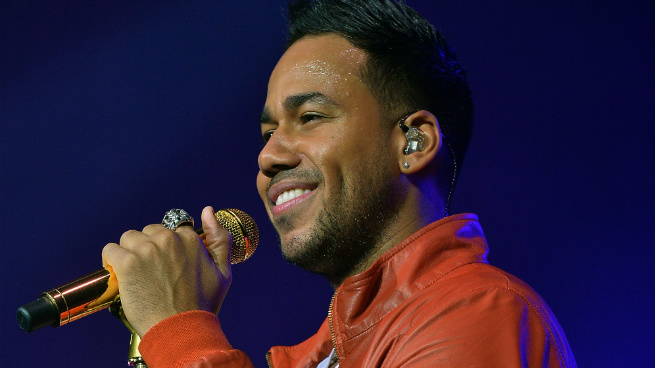 Romeo Santos’s new album, Formula, Vol. 2, which comes out today, is the sequel to 2011’s hugely successful Formula, Vol. 1. Santos was the lead singer of Aventura, a group who pioneered and popularized a bachata/R&B hybrid sound in the late ’90s and early ’00s, repeatedly selling out Madison Square Garden. With his solo career, Santos has taken this style into the postgenre world of iTunes. His bachata fusion style sounds fresher than 90 percent of what’s on the radio in terms of mainstream R&B, and the stars of mainstream R&B have noticed. On Formula, Vol. 1, Santos duetted with Usher on “Promise,” which became a major crossover smash. For Vol. 2, Santos scored cameos from Drake, Nicki Minaj, and Marc Anthony, doubling down on his R&B and Latin pop cred.

Santos’s first single from Formula, Vol. 2, “Propuesta Indecente,” is already a huge hit, and the Nicki Minaj collaboration “Animales” was the most recent release from the album. The Drake-featuring track “Odio” (translation: “Hate”) has also been released as a single. It is very Drakey, as songs featuring Drake tend to be. It has also become Santos’s eighth no. 1 hit on Billboard’s U.S. Hot Latin Songs chart, and is currently at no. 45 on the Hot 100. That’s the highest-charting debut for a Spanish-language song in the chart’s 55 years of existence, and Santos is only the third tropical music act to crack the top 50, after Gloria Estefan (who was singing in English) in 1998 and Pérez Prado and his orchestra’s instrumental “Patricia” in 1958. The wistful sadness of a song like “Odio” is a natural for Drake, who is totally game for singing in Spanish. Then he raps about telling a girl she looks like Latina Instagram models Bernice Burgos and Yaris Sanchez. Cool move, Aubrey, ugh.

The cameos from Drake and Nicki point to Santos’s expanding fan base, and mark a blatant attempt to lure new listeners into bachata by having proven platinum stars as guests. Drake and Nicki are both known for their pop progressiveness: Nicki’s EDM-heavy Pink Friday rode the trend at its peak, and balanced acid squelch with minimalist trap. Drake, of course, made singing your own choruses cool, or something. Santos gets a lot of the same criticisms from bachata purists that Drake hears about rap. They are accused of being too soft, both in their voices and their manner, and too Auto-Tuned to be deemed authentic. But what Drake and Santos are pushing isn’t old-school authenticity — it’s futurism. And of course Drake is drawn to bachata music, which was originally called amargue, meaning “bitterness.”

Bachata originated in the Dominican Republic in the 1960s, and has plenty of its own megastars, but Santos is the first who seems poised to really reach the American mainstream. Are the American charts ready for a pop star who doesn’t sing in English, though? Occasionally the U.S. has embraced a pop song in a non-English language. There was “La Bamba,” in which Ritchie Valens fused the burgeoning rock-and-roll genre with a Mexican folk song. In 1963, the Kyu Sakamoto song “Ue o Muite Arukō,” a.k.a. “Sukiyaki,” became the only song in Japanese ever to hit no. 1 on the Billboard chart. And then there was the yearlong reign of  “Gangnam Style.” The biggest Spanish-language crossover hit in recent times was “Macarena” by the Andalusian pop duo Los del Río. But there is a huge difference between “Macarena” and Santos. Santos is not dealing in novelty songs, but simply great heartbreak pop. His voice glides over the bittersweet instrumentals of his songs, which are mostly midtempo ballads about love and loss.

Will the crossover take hold? The odds look good. Santos’s rival is Prince Royce, who, like Santos, makes bachata/R&B and comes from the Bronx. Royce has been nominated for a Grammy, while Santos has not, and Royce is nearly a decade younger. But the success of both artists suggests America is ready for bachata. Santos was a guest performer on the current season of The Bachelor and just announced he’ll be headlining a show at Yankee Stadium, having sold out Madison Square Garden three times during his Formula, Vol. 1 tour. That will make him the first Latin artist to play Yankee Stadium since salsa supergroup the Fania All-Stars played at the old stadium in 1973 before a crowd of 50,000. He’ll be the first Latin pop star to play at the new location, putting him in the company of big names like Madonna and Jay Z.

Santos’s next single is “Cancioncitas de Amor,” which doesn’t feature any guests, but relies on the appeal of his clear voice and a yearning, romantic chorus. Formula, Vol. 2 boasts 17 tracks and an intro from Kevin Hart. Hart, a stand-up comedian who successfully crossed over into mainstream film, has been having a hell of a year. If Santos is aiming to be the Kevin Hart of pop R&B, then he’s already well on his way to hitting his mark.

Peter Dinklage Eyed for a Second HBO Drama, 'The Beasts of Valhalla'