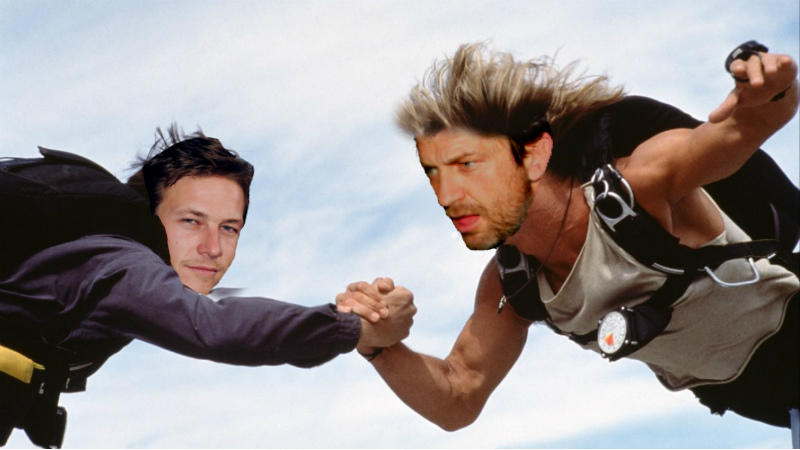 Back in early January, there was a collective harshing of mellows in these parts when it was revealed that Gerard Butler, the Spartan panty hacker whose smirking, stubble-spangled head shot should not have been tacked up on the wall of any accredited dream-casting office, would be updating Patrick Swayze’s iconic role of surf-criminal Bodhi in the (utterly unnecessary, can we still stop this thing?) remake of Point Break. Nearly two months later, we have not yet made peace with the choice, and regret to inform those sympathetic to our futile cause that dumping 10,000 Playing for Keeps DVDs onto the studio headquarters from a helicopter seems not to have changed anyone’s mind. Butler still has the gig, and has presumably been slathering himself in Sex Wax (he did not read the instructions) on various Malibu beaches for weeks to prepare, you are very welcome for that image.

And now our new, deliciously miscast Bodhi has company: The Hollywood Reporter says that Australian actor Luke Bracey, who IMDb reminds us played Cobra Commander in the second G.I. Joe movie, will portray Johnny Utah, the EFF! BEE! EYE! AGENT so memorably brought to life by Keanu Reeves. On the one hand, it’s commendable that a relative unknown (and by “relative,” we mean, “Who now?”) is being given such an incredible opportunity to RUIN A ROLE MADE SACRED BY KEANU REEVES WHEN KEANU REEVES STILL DRAWS BREATH ON THIS NOW-WRETCHED EARTH. Are we saying that Keanu Reeves has even the faintest interest in reinhabiting Utah? No, we are not; how can anyone claim to know the mind of Keanu Reeves? (“Absolutely not” has more wiggle room in it than you might think.) What we are doing is merely pointing out that Keanu Reeves continues to be a working actor in Hollywood, and that this silly, silly project might, might be redeemed if Keanu Reeves were somehow convinced to participate. We’re sure the improbably named Luke Bracey is great. (We have no idea if the improbably named Luke Bracey is great.) But someone should at least throw Keanu Reeves in the back of a van full of surfboards, rubber Nixon masks, and machine guns, and spend some time feeling him out again on the possibility. And that person may or may not be covered in Sex Wax and Carbon Beach sand and smell like a four-day hangover. Just to see if there’s any chemistry. If not, you know, this Luke Bracey person will make a fine Johnny 2-tah. (We have no idea if this Luke Bracey person will be fine.)