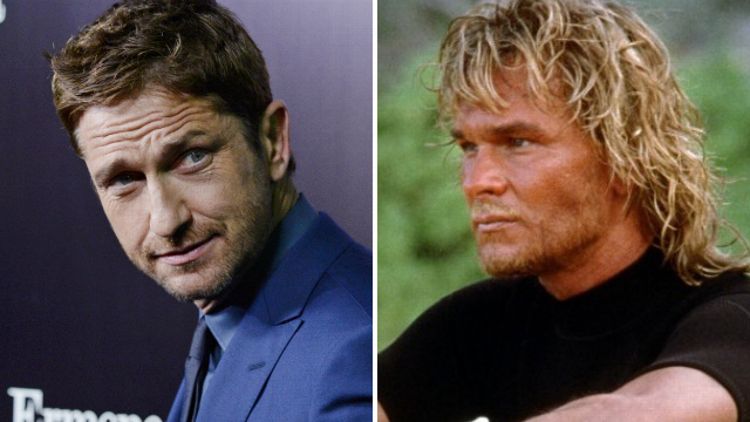 Please accept our humble invitation to a brief thought experiment. Are you in? Of course you are. You are good people with open minds. Now watch this video of Keanu Reeves and Patrick Swayze jumping out of an airplane and falling to Earth for a length of time that suggests a departure point 500 miles into the void of outer space:

Did you watch it? At least a few minutes? Good. Thanks for staying with us.

Now close your eyes. Clear your mental palate and forget about what you may or may not think you’ve already seen in the above headline. Ready?

Substitute any working actor for Patrick Swayze. Now substitute another. Let’s go for three. You game for three? Five is just two more. Twenty-five is just another 20 more! You’d be crazy not to imagine 25 actors who might make a good philosopher-criminal with a taste for the surf in (another) totally unnecessary remake of a modern Swayze classic.

Now answer this quick question: Were any of the actors you imagined this guy?

Are you now imagining Gerard Butler stimulating Reeves via remote-controlled panties? If so, we apologize. That’s not the experiment, but we can see how that might have happened. Is that happening to us right now? Let’s not dwell on it, but Keanu’s impishly sexy giggles will echo inside our romantic mind-restaurants for as long as we daydream.

Let’s return to the results of the original task.

None of the 25 actors you placed in that scene was Gerard Butler, even if you set aside the clip we provided and remembered that he has recently done a surfing movie. Possibly among those you may have considered before Butler: Robert Downey Jr., Colin Farrell, Dax Shepard, Jane Lynch, Ken Jeong, Haley Joel Osment, Jennifer Aniston, Manny from Modern Family.

That your brain did not produce Gerard Butler during this experiment is not a failure of your imagination. If anything, this is a failure of Hollywood’s imagination, and it’s happening anyway, as if they somehow took our worst-case-scenario musings as inspiration. Soon the contract will be signed and Butler will be sitting in meetings to discuss which rubber mask of a U.S. president he’ll wear during a bank robbery, and things will get contentious when he insists that Muhammad Ali once held our highest office.

Let’s meet back here whenever they get around to botching the recasting of Johnny Utah and run this test again. We promise not to bring up Keanu in remote-controlled panties for that one. Well, promise is a strong word.

Best Director: Who's in, Who's Out, Who Will Get Snubbed