Best Director: Who’s in, Who’s Out, Who Will Get Snubbed 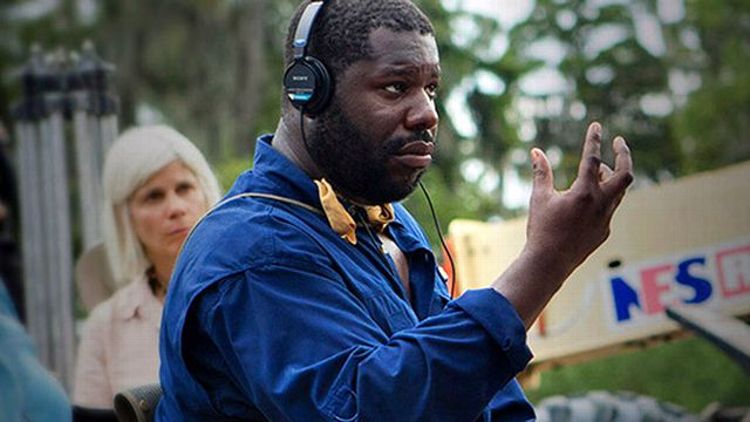 On Tuesday, the Directors Guild of America announced its five nominees. No eyebrows were raised. No foreheads were furrowed. The words “snub” and “unexpected” and “wild card,” which had been pawing the ground and snorting, were forced to stay in their pens and sulk. Yesterday, BAFTA — the British Academy — announced its own list of nominees, and the same five directors were honored: Alfonso Cuarón for Gravity, Paul Greengrass for Captain Phillips, Steve McQueen for 12 Years a Slave, David O. Russell for American Hustle, and Martin Scorsese for The Wolf of Wall Street. Somehow, in a crowded and contentious year, we seem to have arrived at an accidental consensus. If, when the Oscar nominations are revealed next Thursday, those five names are heard one more time, it would be a stretch to call it unexpected.

And yet, statistically speaking, it would be. In the last 15 years, the DGA and the Oscars have matched up five-for-five just three times. Usually they go four-for-five, as has happened nine times since 1999. And sometimes they differ wildly, as they did a year ago, when Ang Lee (Life of Pi) and Steven Spielberg (Lincoln) were the only DGA nominees who did not wake up to very unpleasant news on Oscar nomination day. What explains the deviation? For one thing, the DGA votership numbers well more than 10,000, huge numbers of TV directors among them, whereas the Academy’s directors branch includes just 377 voters. For another, the Academy has actually taken all those “You’re nothing but a gang of old white guys” complaints seriously, and has made an extraordinary push in the last several years to invite directors of color, indie directors, and foreign directors to join. The result is an admirably eclectic and diverse group that may be the Oscars’ least predictable voting branch.

So something interesting could be afoot this year. But what? The Academy has often been more inclined than the DGA to recognize foreign-born directors, but since this year’s DGA lineup includes two Americans, a Mexican, and two Brits, it’s difficult to see Oscar voters tacking even harder that way. But we might find one clue in 2013’s jolting results, when Ben Affleck, Kathryn Bigelow, and Tom Hooper were all left off the list in favor of Michael Haneke (Amour), Benh Zeitlin (Beasts of the Southern Wild), and Russell (Silver Linings Playbook). Lost in the near-hysterical coverage of The Anti-Affleck Transgression was an interesting pattern: The branch passed up three directors who didn’t write their own movies in favor of three who did. Who would have thought? Directors like writers! Or — alternate theory — directors like directors who don’t need writers!

If that’s the case, the path to some “surprise” Best Director nominees on February 16 suddenly becomes a lot less surprising. The roster of writer-directors this year is particularly rich. Spike Jonze, a directing nominee for 1999’s Being John Malkovich, did some magnificent world-building and mood-shaping in Her, and those who like it love it — always an important factor in preferential voting. Joel and Ethan Coen have excited similar niche passion with Inside Llewyn Davis, and Academy admiration for them runs deep — they’ve been nominated a dozen times, although their three nominations for directing came for Fargo, No Country for Old Men, and True Grit, all crowd-pleasers that were higher grossers than Llewyn (which is, after all, a movie about being ignored by your peers). Blue Jasmine is one of Woody Allen’s biggest recent hits, and he’s been nominated as a director seven times, but the branch has cooled on him recently; only one of those nominations came in the last 20 years (perhaps it sees him as a writer who directs rather than as a director who writes). And the branch that recognized Zeitlin last year could certainly do the same for Fruitvale Station’s talented, modest writer-director Ryan Coogler; this doesn’t seem to be The Weinstein Company’s year, but it would be a welcome shock to hear his name.

If the branch wants to reach beyond the realm of writer-directors, it could honor past favorite Alexander Payne for Nebraska — he’s a two-time nominee for directing, and his well-received film is, like Her and Llewyn, vying to be the David in a field of higher-grossing Goliaths. Or it could look to the darkest of dark horses, the Canadian Jean-Marc Vallée (a.k.a. “Who?!”). His AIDS drama Dallas Buyers Club boasts Producers Guild and Writers Guild nominations, as well as stronger and more emotional support within the industry than many of us guessed would be the case early in its run.

Of course, any unexpected inclusion means an equally unexpected omission, and this is where prognostication gets tough. Post-Affleck, we shouldn’t be calling anyone a lock. That said, it’s hard to imagine a scenario in which McQueen or Cuarón miss out. 12 Years a Slave and Gravity have, to quote A Streetcar Named Desire, had this date with each other from the beginning. Cuarón has picked up fistfuls of critics’ prizes and the admiration of his colleagues for work that achieves technical magnificence but still feels personal. As for McQueen, on Monday, he was honored as the year’s best director at the New York Film Critics Circle dinner, during which 86-year-old Harry Belafonte, in his introduction, made a case for 12 Years a Slave as a climactic chapter in Hollywood’s attempt to grapple with African American history. His remarks started with The Birth of a Nation, wound through Tarzan movies and the rise of Sidney Poitier, and ended, five minutes later, on a note of such hushed eloquence that had the Academy been present, folks, this whole thing would be over before it started. I’m not a fan of awards given as statements or as acts of atonement, but it is in no way out of line to contextualize 12 Years a Slave within Hollywood history.

So let’s assume they’re in. Scorsese is a seven-time Best Director nominee; The Wolf of Wall Street is a divisive and, to my eyes, deeply problematic movie, but in the pre-nomination phase, it doesn’t matter how many voters hate a film, just how many love it. Having an Academy member bark “Shame on you!” at a screening may have been the best thing that could have happened to this movie; my suspicion is that Wolf’s admirers are passionate enough to secure him a place. That leaves Greengrass and Russell, both on the circuit, both recognized for big, smart, entertaining Sony movies that have drawn large and appreciative audiences. I’m going to go against my personal suspicion, which is that Russell is going to be the odd man out, the “shocking” snub we talk about on Oscar day, and assume that, in a complicated branch pondering a talent-rich field, Greengrass just misses.