Peter Dinklage Eyed for a Second HBO Drama, ‘The Beasts of Valhalla’ 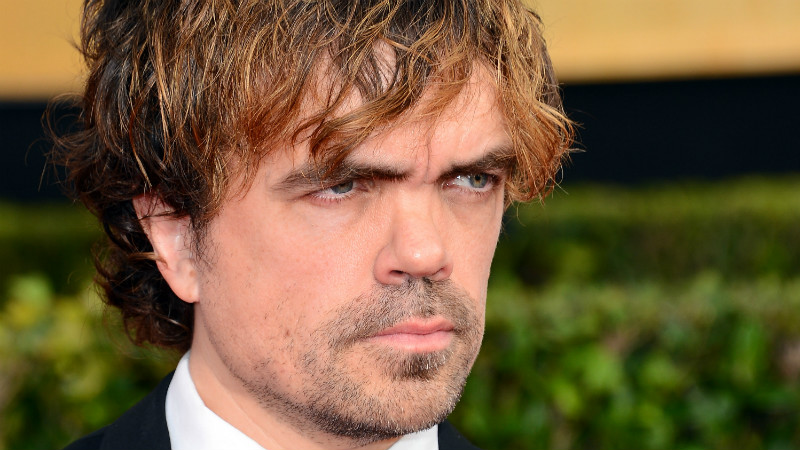 Let me open this up by saying I don’t know what, if anything, happens to Tyrion Lannister on Game of Thrones, nor do I hope to learn before it’s my time. So this post won’t ruin anything for you, either. Come along, ye cravens.

So Peter Dinklage, who has really come into his own since Thrones kicked off in 2011, is reportedly talking with Australian screenwriter Justin Monjo (Farscape) and Ben Stiller’s Red Hour Films about a new HBO series called The Beasts of Valhalla. The 44-year-old Dinklage would play Dr. Robert “Mongo the Magnificent” Frederickson, the star of George C. Chesbro’s series of detective novels. Amazon has limited information on Beasts, but one Goodreads reviewer says it’s “an enjoyable novel that goes from murder mystery to James Bond film” featuring “an ex-circus dwarf turned criminologist, karate expert, and private investigator.”

“It’s a grounded sci-fi series,” Monjo (not to be confused with Mongo) told Australia’s IF magazine. “HBO and Red Hour think he’s the perfect guy for the part and are very excited about the project.” Here’s the big mystery sentence in IF’s report, though: “The intention would be to shoot the one-hour series in [year redacted, you’re welcome, head to the source if you want to more information] after Dinklage finishes Game of Thrones.”

FINISHES?? Finishes Season [redacted] of Game of Thrones, or finishes the series? If it’s the latter: Finishes his part in the series, or is there something this mysterious screenwriter and/or this mysterious Aussie publication knows that we don’t? Is Game of Thrones going to take a sudden left turn and end long before the plot of George R.R. Martin’s A Song of Ice and Fire novels? (No. No way.) Thrones only does 10 episodes a year, so it’s feasible Dinklage could do two series simultaneously, depending on what production would look like for The Beasts of Valhalla. What about HBO, though? Would it be cool with such a marquee actor starring in more than one series at the same time?

Dinklage was actually attached to a film adaptation of one of Chesbro’s Mongo books, An Affair of Sorcerers (were Chesbro and Martin buddies, orrr … ?), almost a decade ago. So don’t be surprised if he wants to figure out a way to work this out.